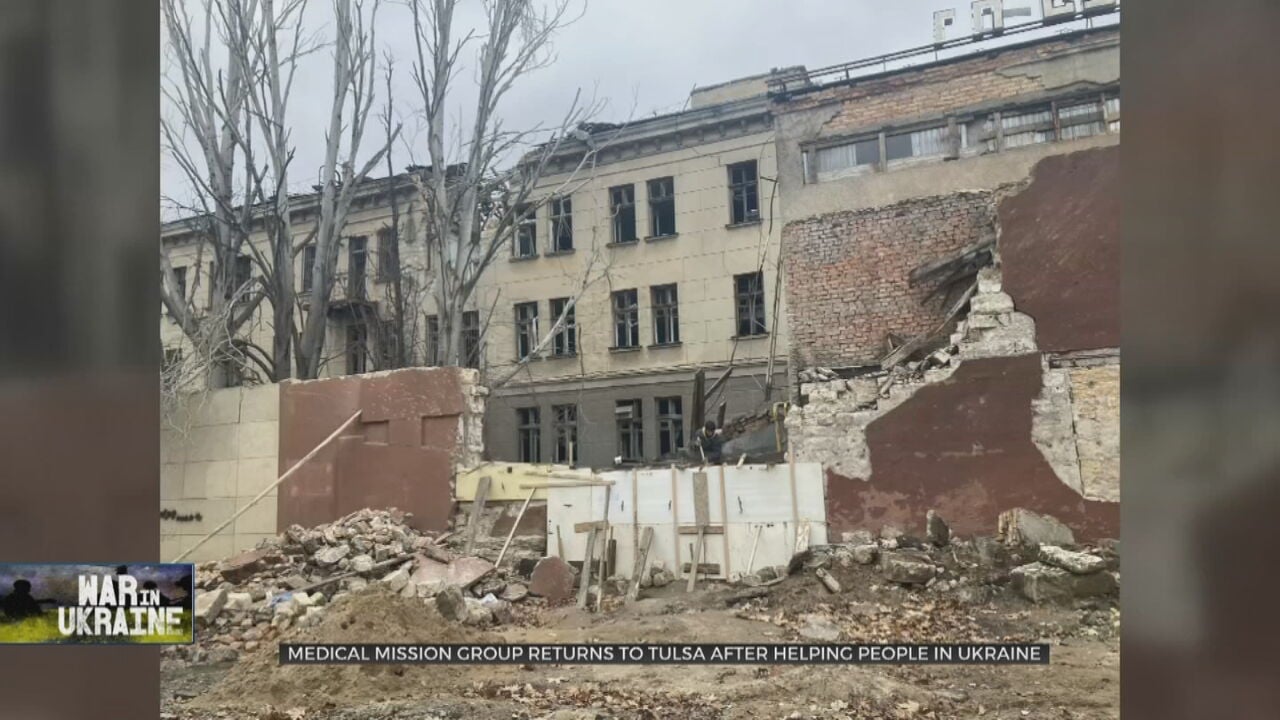 Two doctors from Tulsa are back home after spending time helping refugees in Ukraine.

"In His Image" is a medical missions group that is part of Ascension St. John Medical Center.

The Tulsans worked with seven other doctors to deliver medical supplies and other essentials to Ukrainians.

They say the city they were in was devastated by the war and people living there can only get fresh water by walking to nearby churches.

"The people there are so resilient. You'd see them on the streets, super sad, and they come in the churches and just seeing people around them feeding them, getting water, just like, I don't know, the body of Christ all the way over there that we were going to join was really inspiring," said Dr. Daniel Bancroft.

This was the sixth team from 'In His Image' to go to Ukraine.