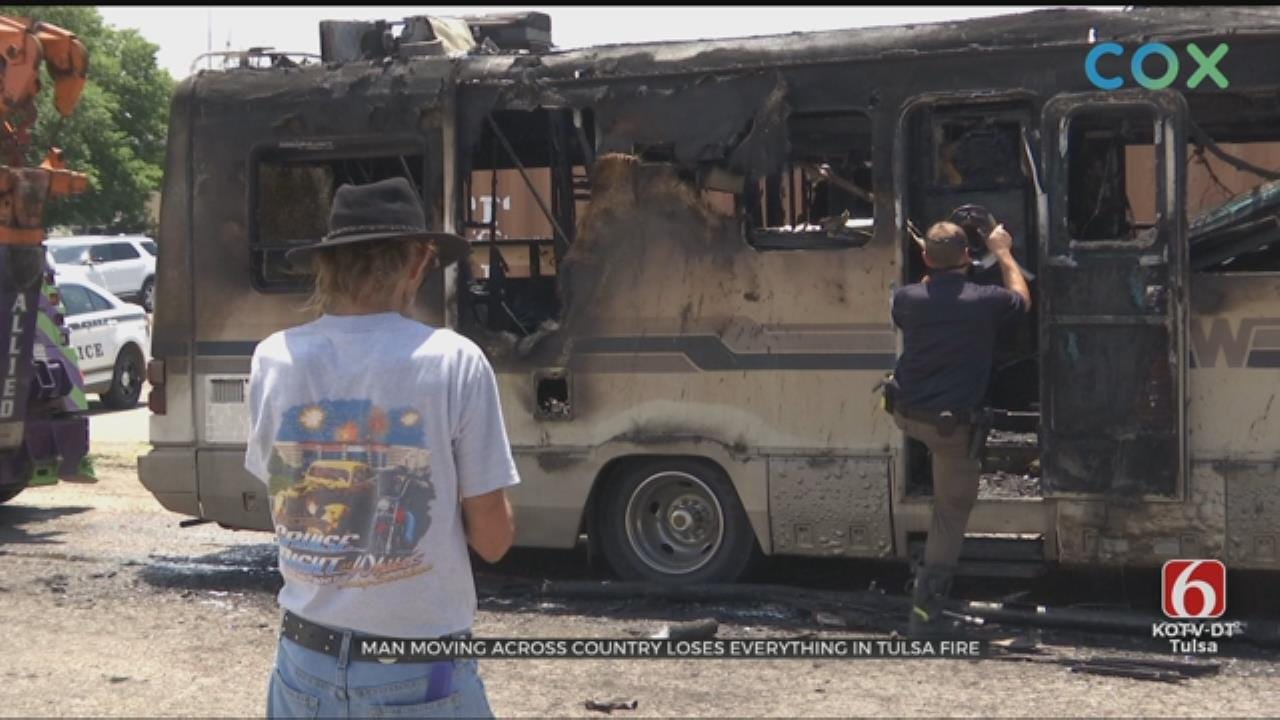 A man moving to California lost most of his belongings after his RV caught fire in Tulsa.

Howard Poteet, 65, was supposed to be passing through Tulsa as he was nearly halfway on his moving trip from Pennsylvania to San Diego.

Now he's lost all of his belongings, including his wallet.

"Everything I own," Poteet said. "This was a fresh start for me, my sister gave me this so I'd have something to live in out in California"

Two of the men working in the store right next to where the RV caught fire called 911.

"I knew it was going to pop, and it started popping," Alva White said.

"It was engulfed," Mark Perkinds said. "Within a matter of seconds it was a big fireball."

Both of these men praised the firefighters for their fast response. Captain Brett Roberts said once they started getting water on the fire it was out quickly.

"After arriving on scene I'd say the fire was out within a minute or two," Roberts said.

The Tulsa Fire Department says the cause is still under investigation.

Poteet said he has to figure out what to do next.