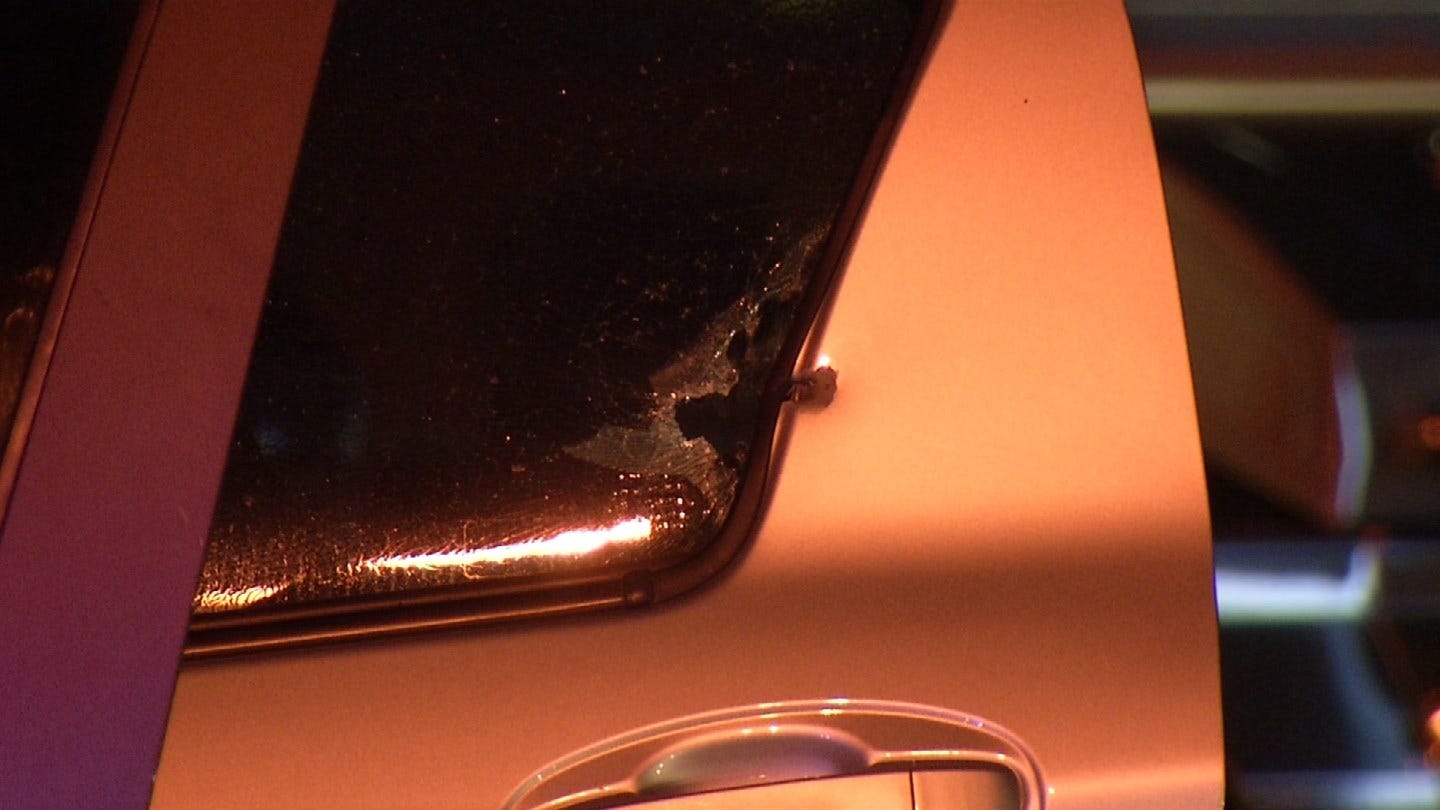 Uber drivers around Tulsa are weighing in after a driver was shot on the job. Several say they have had close calls in the past many say they take special steps to keep safe in a very risky profession.

Kimberly Wilson has been an Uber driver in Tulsa for the last year. While she says she feels safe most of the time, there have been some issues with passengers.

"He lifted the sleeve of his jacket and showed me an ace of spades tattoo and that he was a killer and going to kill me," said Wilson.

On Saturday night, Tulsa police say a different Uber driver got caught in the middle of a fight between his passengers and another group of men at a late-night party at this motel.

Police say Joseph Almader shot at the Uber as it drove away grazing the drivers shoulder and ear. The driver then went to a Home Depot parking lot and called police.

"He heard some glass shatter and pain in the shoulder and heard someone in the back seat say "hey they just shot at us," said Officer Jeanne Pierce.

Crystal Brannon drives for both Lyft and Uber and says she makes sure to trust her instincts, keeps the passengers talking, and always travels with mace.

"Sometimes I will just drive around places that are a little more well-lit, but you never really know where you're taking somebody," said Brannon.

While both Crystal and Kimberly say this weekend's shooting won't stop them from driving it does highlight just how risky the job can be.

"There’s really no perfect way to make it work. It is a ride share company. Essentially, you’re still getting in the car with strangers. The driver could be a risk, you could be a risk. You really don’t know either way," said Brannon.

Uber called this weekend's shooting tragic and says the company is ready to help police.