Video From Scene Of Crash At Tulsa's Gathering Place 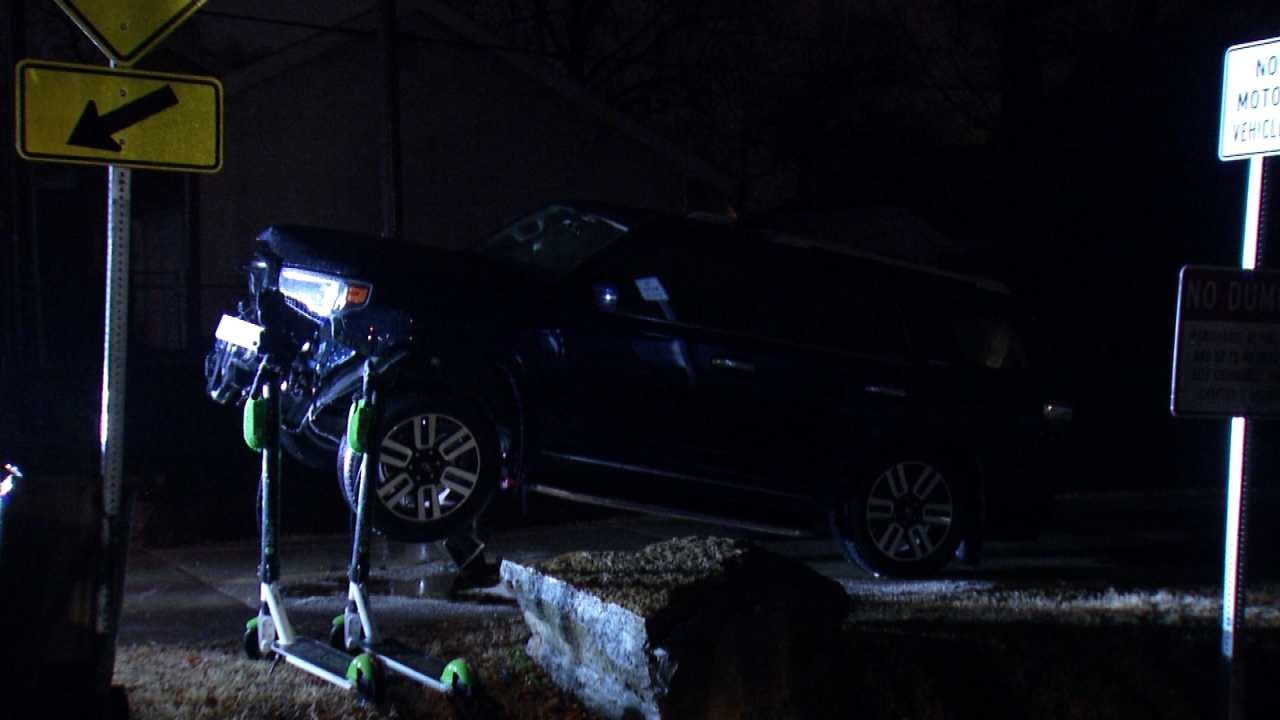 A Gathering Place security feature around the park was tested early Friday morning when a woman crashed her SUV into a steel bollard, which is like a post meant to stop a vehicle along one of the walking trails.

The posts were created in Italy and serve a big purpose. Lots of places have barriers like that; there are some outside the BOK and we've all seen the large red balls outside Target. They all serve the same purpose, and last night they were put to the test.

Police say Lindsey Johnson was drinking and driving when she drove onto the park. Park security tried to stop her as she kept going.

Officers say she eventually slammed into the post on the trail at 26th Street between Boston and Cincinnati. The front end of her SUV was lifted off the ground. Those at the Gathering Place are happy the system worked.

"We wanted to find a way to protect what we consider large congregation spaces that would have a sensitive procedures to prevent cars or vehicles from entering crowded spaces,” said Tony Moore with Gathering Place.

Of course, the park was closed at the time, but had it been open, they say the security feature did what it was supposed to.

Johnson wasn't hurt and was booked into the Tulsa City Jail for DUI.