Game Of The Week: Sperry Vs. Beggs 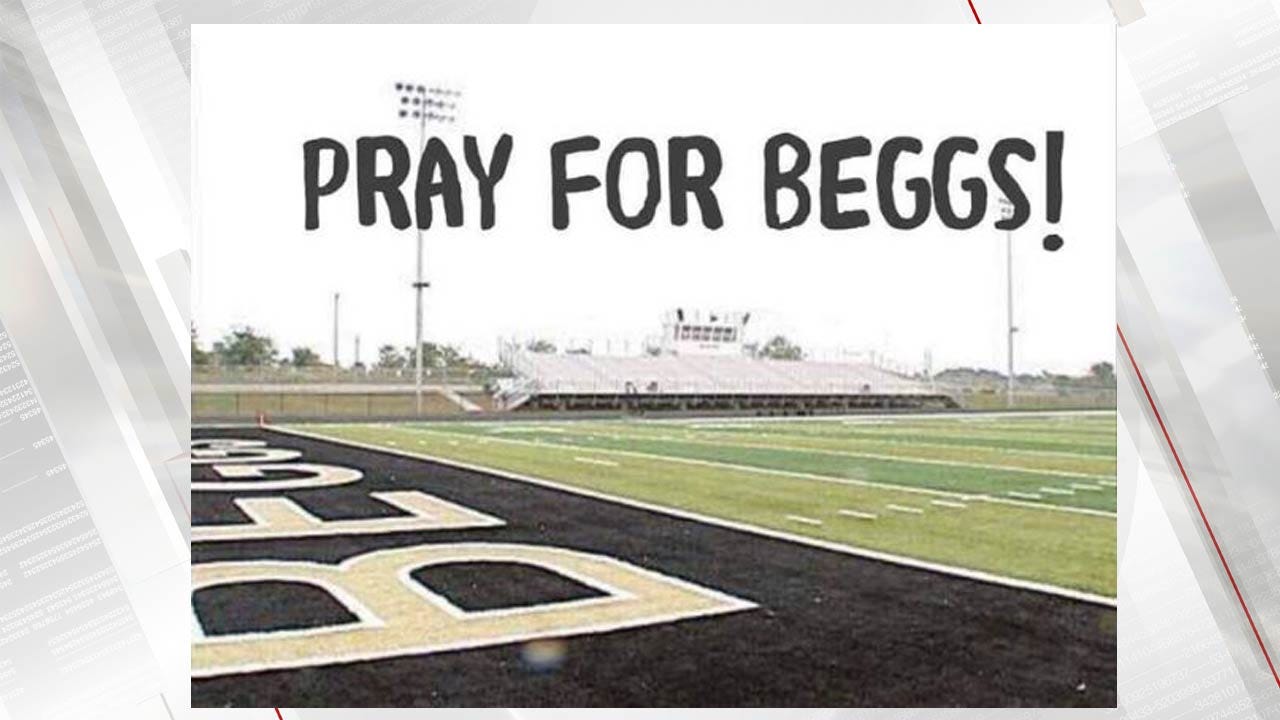 The football game between Sperry and Beggs will be played as scheduled Friday night, in spite of the triple shooting in the Beggs area Thursday morning that left a teenager dead.

A Nuyaka woman is in jail, facing one count of murder and two counts of shooting with intent to kill in the case. The Okmulgee County Sheriff's Office says Amy Hall, 38, shot and killed an 18-year-old boy and wounded two teenaged girls Thursday morning. She is now in custody.

The Beggs School District posted on its Facebook page Thursday afternoon that the district decided to go ahead with the game, based on the desire of the community. The district said the Senior Night ceremony scheduled for Friday night's game will be postponed one week.

Here is the statement:

"After thoughtful and prayerful consideration, we have decided to play tomorrow nights home game vs Sperry AS SCHEDULED at 7pm. However, our Senior Night ceremony will be postponed till next Friday nights 1st round home playoff game. We at Beggs Public Schools would like to extend our sincere gratitude to our community and all those outside for all of the calls, texts, thoughts, and prayers for our school and community. This has been a tragic day for all of us but as usual, people always rally around those in need when needed most. Thank you, thank you, thank you!!!"

A Facebook group called Spirit of Sperry posted a message of support for the Beggs community.

The message calls for the people of Sperry to write notes, make posters and bring small angel toys or dolls to the game.