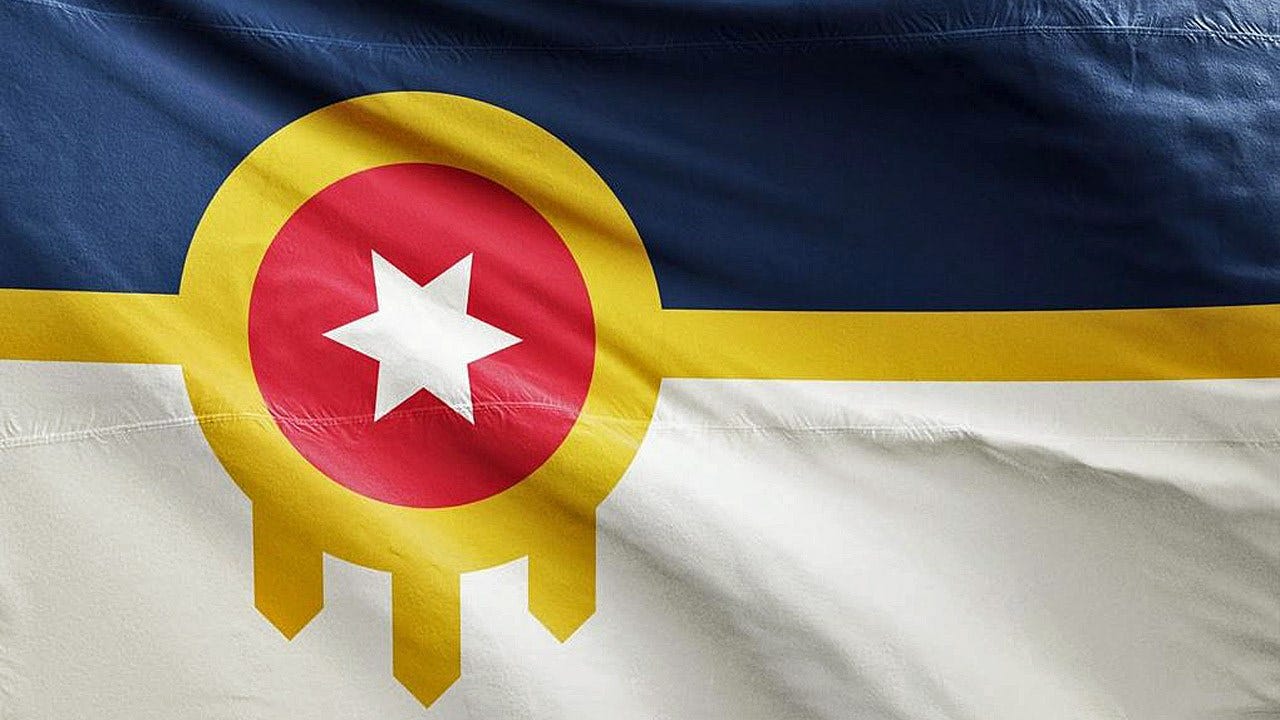 It's been more than a year in the making but the Tulsa City Council unanimously approved a new flag for the city on Wednesday.

Jordan Winn, the designer of the newly adopted Tulsa city flag says he is ecstatic about the vote.

"Tulsa's come through not just the city council but the whole city has adopted this and it's everywhere and it makes me proud to be a Tulsan," said Winn.

The process started last year when a group of Tulsa business people came up with the idea of a public re-design process and put it to a public vote.

Flash forward more than a year, later and the flag is now official.

"It feels super cool, I'll be honest today's the day we never knew if it was gonna come or not and didn't know from the very beginning," said Winn.

But not everyone agrees. One man who spoke at the council meeting did not want to talk on camera, but says he wanted to see more opportunities for public input.

Winn would not respond directly to the man’s criticisms but says the fact that the flag, can be seen everywhere around Tulsa is enough proof that many people who live here like the design.

"I think you put something out there and see if the community wants it or not if you go drive around Tulsa you can see the community does want it and has adopted it," said Winn.

Winn says anyone can use the official flag for items like shirts, hats, or even tattoos.