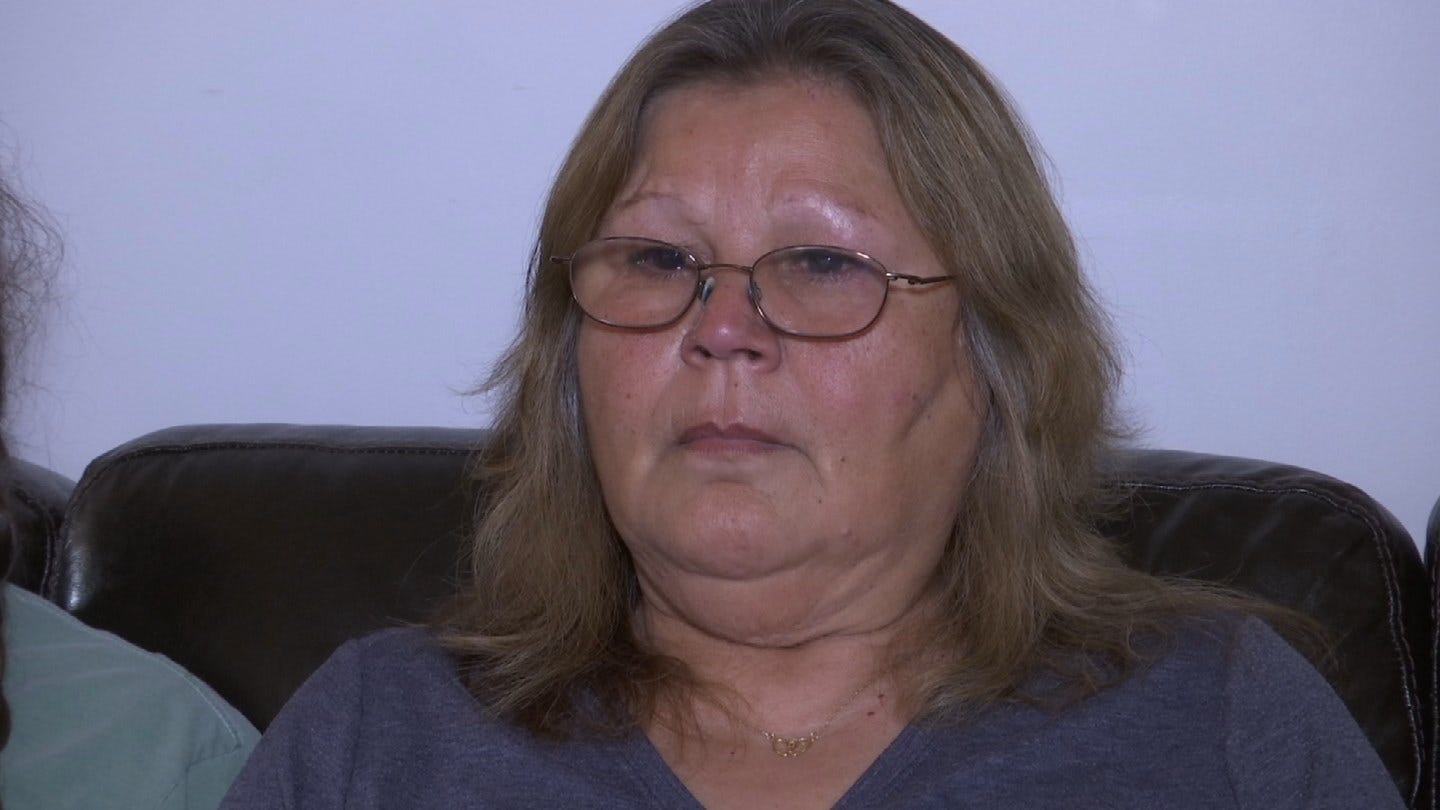 Tulsa Police are looking for the killer who shot a man as he rode his bicycle.

Vicki Clem said her son's drug addiction took over his life and she was doing the best she could to love him through it.

She said that addiction led to run-ins with the law and at times homelessness.

But regardless of his demons, Clem said his past mistakes have nothing to do with his murder.

It's hasn't even been 24 hours since Vicki Clem's son, Roy, was murdered.

“This was my baby," cried Clem.

Police said Roy Cobb was riding his bike from a house in Owasso to Tulsa when someone shot him.

"He rides from Owasso up around 86th street north and 129th east avenue and is coming down Mingo. We think he is going South in the Northbound lanes," said Sergeant Dave Walker. "He is able to move and collapses in the intersection at 36th street north and Mingo."

Cobb died at the hospital.

"There I was. The last few minutes where I could see my son alive and touch him," Clem.

Sergeant Walker said Cobb has several convictions including an aggravated assault and battery charge from 2015.

Investigators aren't sure why Cobb was killed and said they are working several scenarios.

“If it's just a random deal, maybe our victim caused the problem, maybe there is an explanation," Walker said.

He said no one at the house where Cobb was last seen was around when the shooting happened.

"Sometimes our victims aren't the good people we want them to be ... it leads us back to he did something out of anger to a car," Walker said.

But Roy's mother said her son was on his bike, running for his life when he was killed and would not do anything to have caused someone to shoot at him.
"He would not just go and approach somebody and just want to fight," Clem said.

Clem said Roy leaves a big family including a young son. The family has established a Go Fund Me.

Police ask anyone with information about the murder to call CrimeStoppers at 918-596-COPS.

This is Tulsa's 28th murder of the year.