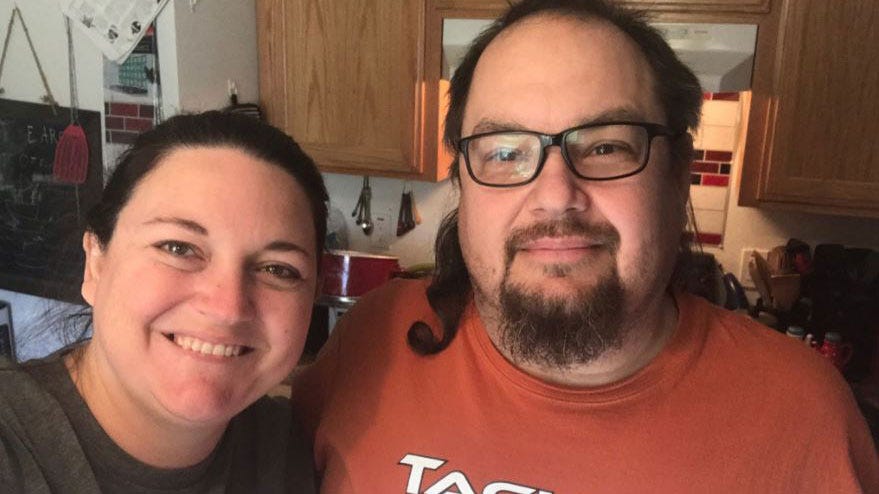 The family of the woman who was killed during a police chase in Tahlequah Friday is remembering their loved one.

The last words she and her husband shared were "I love you."

Cherokee Nation Marshals were chasing the suspect when officers say he crashed into an innocent driver, killing her.

Flowers and a cross now sit at the crash site where Malinda Phillips died.

However, the name on the cross isn't hers.

The cross bears the name Trinton Herron, a young man who died in a crash in the same spot five years ago, according to the police chief.

We now know she was heading east when police said the suspect hit her.

We're also learning more about the life she lived.

"Maybe if she would have seen him coming she could have stopped," said Malinda’s husband Scott.

Malinda lost her life on her way to jury duty.

Her husband Scott had seen her earlier in the day.

"Something was different about it. I kinda looked at her funny and I said I love you and she's like 'I love you.' I gave her a kiss and she went to jury duty and I came home and went to bed," said Scott.

He woke up to learn the worst.

The woman who died in this crash was the love of his life.

"Our first date was kind of … I don't know, it was alright. We went to see Blair Witch Project. That movie sucked, really. But we both laughed it off," said Scott.

Together, they built a life with a marriage lasting 16 years.

They had two teenage daughters, now without their mother.

"She was the best mom. I wish she was still here," said their daughter Maggie.

But Scott said her dreams for the future were all about Maggie and Allie.

"Mainly just to get these girls through school, college, see them get married and grandkids," said Scott.

What Scott wants is the chance to say those words one more time.

Police said the chase lasted just one minute before it ended so tragically.

We are expecting audio from police radio traffic Monday.

At last check, the suspect, Aram Catron is in critical condition.

In 2012, he was arrested for eluding police and leaving the scene of an injury accident.