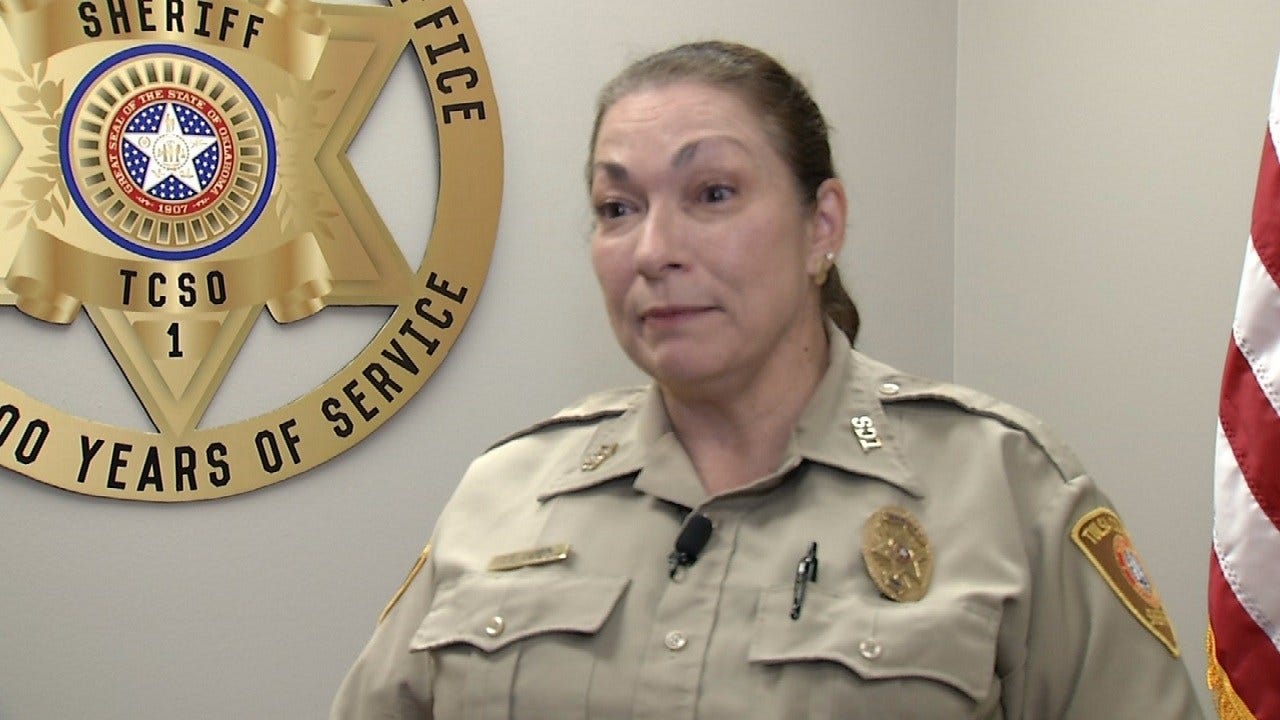 A Tulsa County deputy says she went through a "hand-of-God moment."

She faced a man holding two knives with only seconds to react.

The deputy was on her way home from work when the scene unfolded at 5th and Denver.

Deputy Catherine Curtin deployed a Taser on Timothy Worsham after she said he came toward her with two butcher knives.

Aside from a bruise after the fall, he's OK and so is she.

"God was certainly looking out for him and me," Curtin said.

On her way home from work Monday night someone got her attention at 5th and Denver, telling her about a man in the street with knives.

"I honestly thought, as soon as I saw him sitting there with those knives, 'Oh my gosh. This is gonna be bad. It's gonna end horribly,'" Curtin said.

As she got out of her patrol car she said her gun was ready.

"I might have to shoot and kill him. And I really didn't want to have to do that," Curtin said.

She quickly realized this was an attempt at suicide by cop, something she's never dealt with in her 18 years with the sheriff's office.

Curtin said it's hard to pinpoint exactly how she came to her next decision to trade her gun for her Taser.

"I don't consider myself a very religious person but I certainly, that night, thought, 'This definitely was a hand-of-God moment,'" Curtin said.

And while Worsham was arrested, he's alive.

Which Curtin said may not have been the case if it weren't for that moment.

"He asked me, 'Why didn't you just shoot me? Why didn't you kill me?' And I said, 'Tomorrow is another day,'" Curtin said. "Today may be a horrible day. But in the light of tomorrow, it may be a totally different situation."

The sheriff's office said while every patrol deputy has a Taser, not every deputy has one, so it could have been a much different story had Curtin not been there.