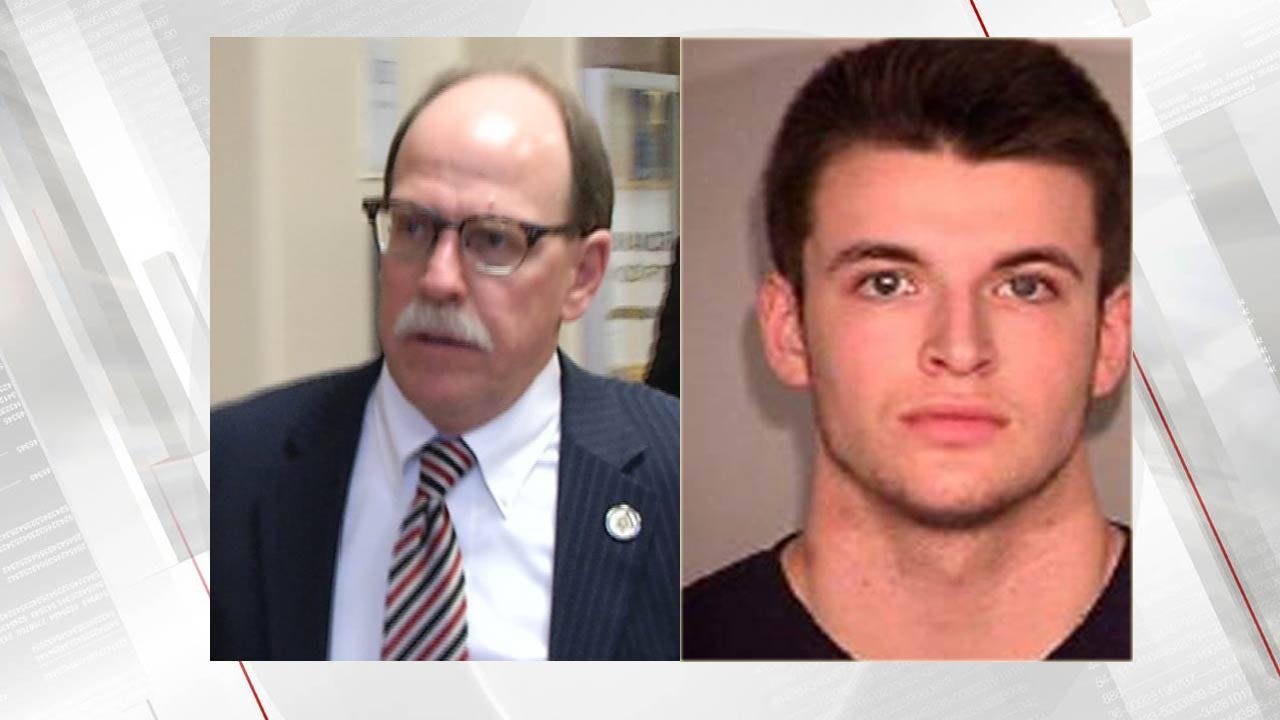 The great grandson of evangelist Kenneth Hagin is facing charges for a drive-by shooting in Broken Arrow, but he might get a plea deal with the help of former Tulsa District Attorney Tim Harris.

The drive by shooting was early the morning of March 10th.

Two dozen shots were fired in two passes by the house, but no one inside was hit.

Related Story: No One Hurt When Gunshots Fired At Broken Arrow Home

The surprise was Blake Kenneth Hagin, one of three teenagers arrested, is the great grandson of the founder of Rhema Bible Church.

Now, as reported by The Frontier, a possible plea deal is in the works for all three and Hagin has the former District Attorney consulting on his behalf.

Former DA and now a candidate for Congress Tim Harris is working for Hagin's attorneys on the case.

Harris now has a consulting business in addition to running for Congress.

The Frontier reports Hagin and the two other defendants in the case, Sevey Price and Gordon McAuliff, could each get a separate plea deal, but only Hagin has a former District Attorney working on his case.

The case was held over another month Tuesday at the request of Hagin's attorneys.