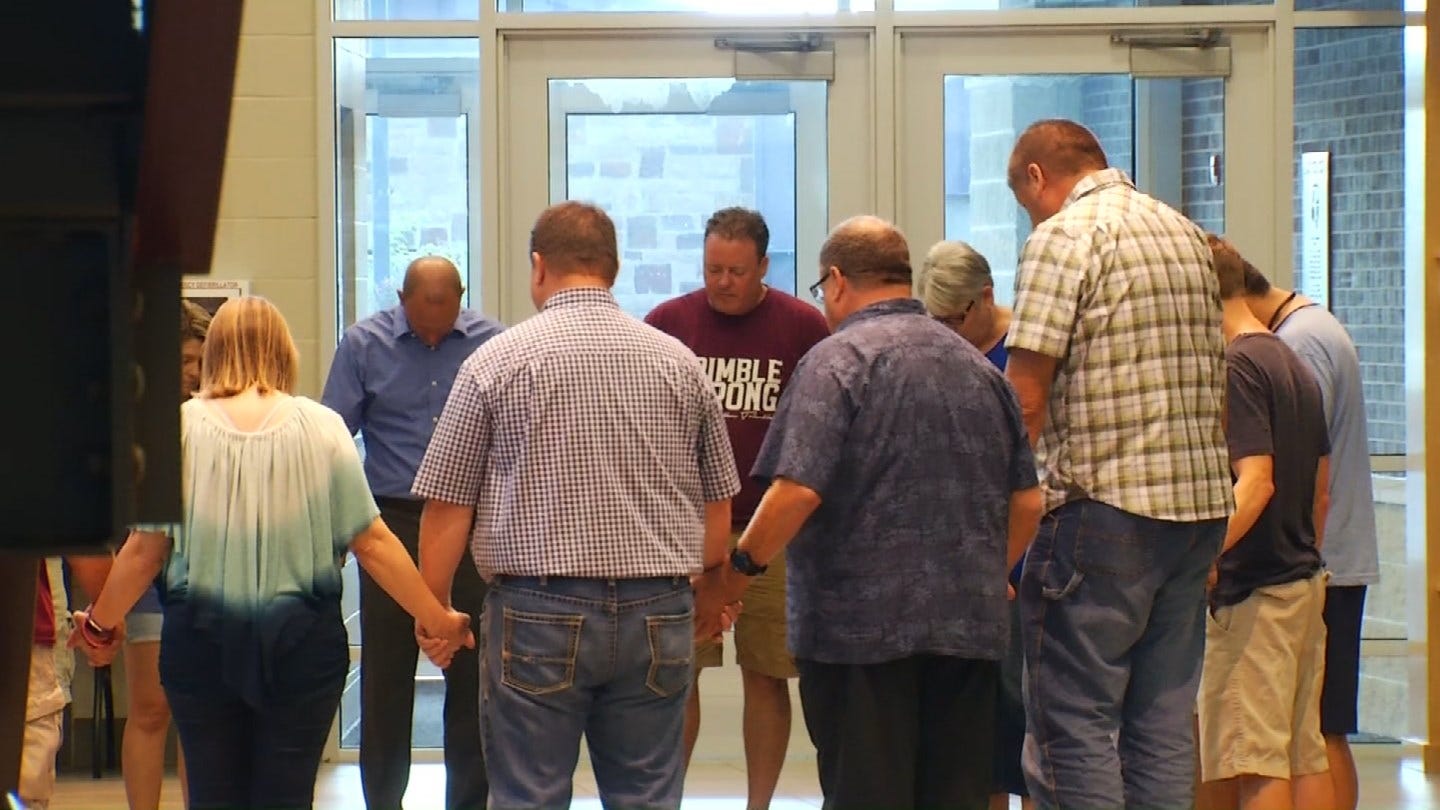 Hundreds of people gathered tonight in Jenks to pray and remember the lives lost in a car crash earlier this week.

"When people hurt together, we celebrate together, it's just home," Trimble said.

Diagnosed with ALS a year ago, Trimble says his experience taught him to rely on others.

"There are at least three families that are involved in this horrible tragedy, and we're just hoping we can let them know that they are loved, they're appreciated, and there are people that are going to stand beside them," Trimble said.

Her SUV ran into the back of a semi-truck on Interstate 35.

She and her son, Zach, and 11-year-old Beck Kitterman died in the crash.

"It's kind of hard to tell kids, and students, and teammates why and how," said Jenks soccer coach Jo Johnson. "I just want them to know how loved they are and just to come together as a community and support them and know that they're never alone."

The group sang and prayed together, and released balloons in honor of the deceased.

"This has been such a blessing to see the outpouring from Tulsa," said Clint Emerson.

Edwards donated her organs. We're told multiple people were given the gift of life because of her.

"It just pulls on my heart to think about the blessing that she's giving, not just those people, but those people's families," Emerson said.

The coaches say this tragedy has brought the community closer and that this is only the beginning of support for the families.

"We've seen it this week, they've rallied around the family and they've been touched,Johnson said.

"This community is going to stand beside each other, and try to get us through the tough times," Trimble said.

Two other children, Izzy Kitterman and Lauren Van Horn, are hospitalized from their injuries.

A 7-year-old who was also in the SUV had no major injuries.