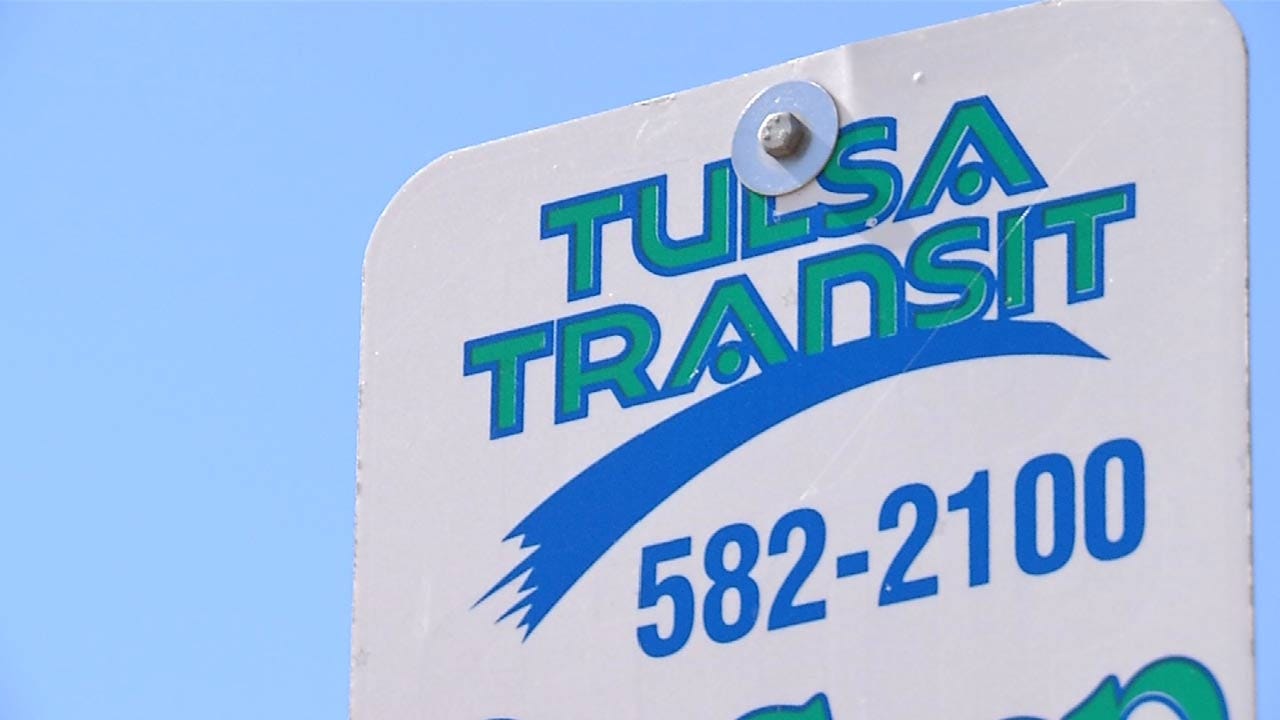 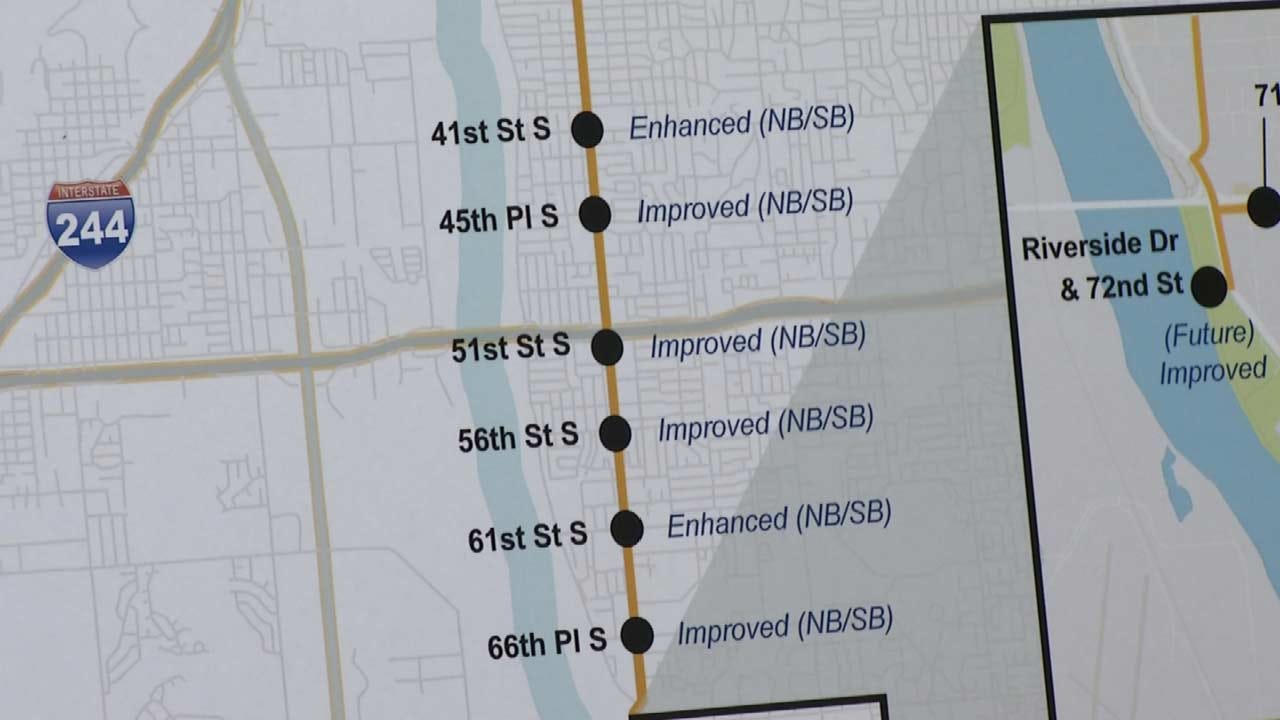 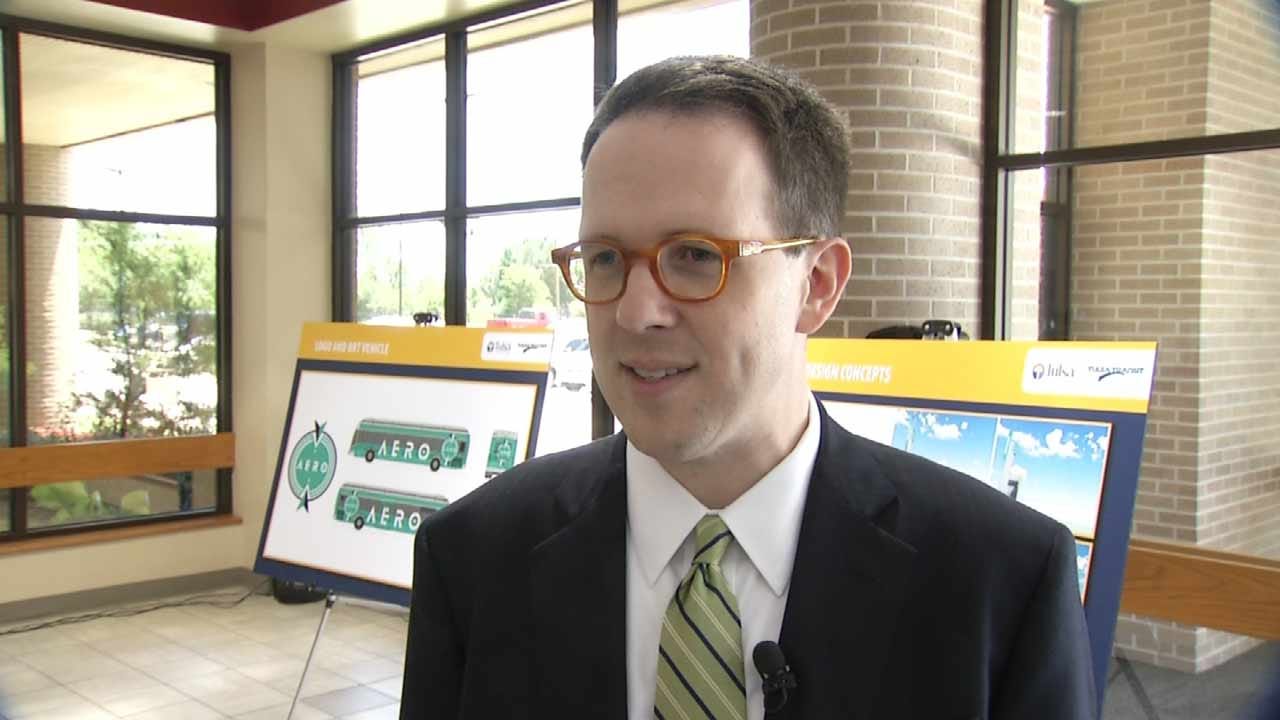 The City of Tulsa is getting its first ever rapid transit bus line. It will run on an 18-mile stretch along Peoria, a corridor Mayor G.T. Bynum said one-in-seven Tulsans live and one-in-five work within a mile of.

There are a lot of benefits to come from this - people without transportation will have a quick reliable way to get around, and it's one of the main things young people are looking for when picking a city to move to.

Michael Hairston typically drives his car, but Thursday it was in the shop.

"I work downtown and so, I'm going to take advantage of the bus,” he said.

He said it would probably take him about an hour from his departure until he got him, but a new transit option will speed that up significantly.

"We want Tulsa to be a globally competitive world-class city," Bynum said.

Part of that is changing public transit perception.

Bynum hopes the City's first Bus Rapid Transit line - or BRT - will be a common way to get around.

It will run along Peoria from 54th Street north all the way down to the Walmart on 81st.

Stops are roughly a half-mile apart and the special buses will run in 15-minute intervals; that’s compared to the current average wait time of 45 minutes.

"They will only stop at the stations, so that keeps them on time," Bynum said.

Helping people who rely on public transit for work and grocery runs.

For Hairston, it's a cheap alternative.

"It's air-conditioned, you know, with the heat-index about 104, in here I'm comfortable," he said.

Plus, it gives him more time to do what he wants.

"I can take my book, I can read, I can enjoy myself," Hairston said.

Like city leaders, he thinks it will be attractive to young people thinking of moving or staying in Tulsa.

"They want to be on time, and then they want to feel like this is easy to do,” Hairston said.

Of course, he already thinks it is.

“What better way to have transportation until you pay off that big car," he said.

Construction on the new terminals will begin later this year. The line will open in 2019.