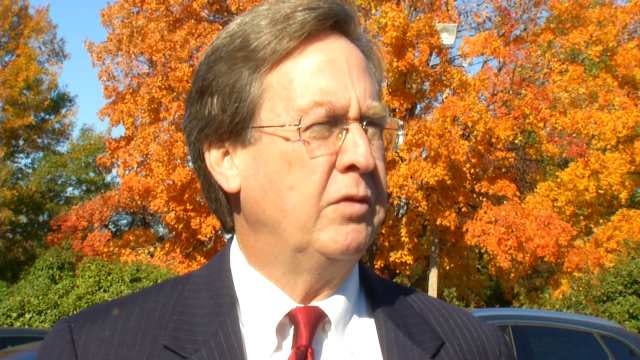 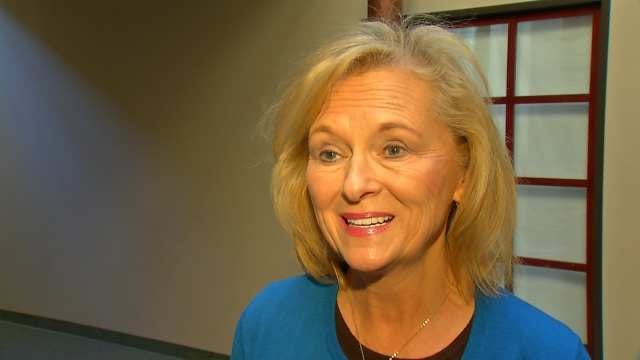 While Tulsa voters took advantage of their last hours to vote Tuesday, the mayoral candidates got ready to unwind with supporters and watch the results come in.

Dewey Bartlett's watch party is being held at the Jazz Hall of Fame.

Bartlett and his wife have been very busy Tuesday with last-minute campaigning. Victoria Bartlett said she started putting out signs at 4:30 a.m.

And we were with Bartlett, later in the morning, as he and the first lady went to the polls to vote.

Governor Mary Fallin and former presidential candidate Rick Santorum have both put their support behind Bartlett. He is running for his second term as mayor.

Bartlett said, when he first took office, the city was on the brink of being broke. He said, during his term, he's been able to create more jobs, improve Tulsa streets, and lower the crime rate.

It has been a long year of campaigning and Bartlett said he's relieved to see it is finally over.

"I'm very confident about the outcome. I believe that we had a very, very good campaign. We're going to win," Bartlett said.

Bartlett said it is a shame when people don't vote, so he is encouraging everyone to get out and hit the polls.

Taylor kicked off her day with a 7 a.m. election day energy boost, which was a group workout to help relieve stress. Taylor has been going non-stop for the better part of 10 months.

Tuesday afternoon, she stopped by the Global Gardens Fundraising Luncheon at the Junior League of Tulsa. It's kind of her final push before the polls close.

She talked with guests about the race, urged folks to get out and vote and told us she feels positive about election day.

"You know, I feel great, because I've had a chance for almost 10 months to talk to Tulsans all around the city, and they have embraced the plans that I have talked about for making this a safer city--concrete plans for how the mayor's office helps get a better education system and provides and open, honest and accountable government. So, I feel very good," Taylor said.

The polls are open until 7 p.m. Also on the ballot in Tulsa is a proposed raise for city councilors and the $918 million "Improve Our Tulsa" capital improvements package.

Watch News On 6 throughout the evening for more election coverage, with reporter Ashlei King from the Bartlett watch party and reporter Tess Maune from the Taylor watch party.