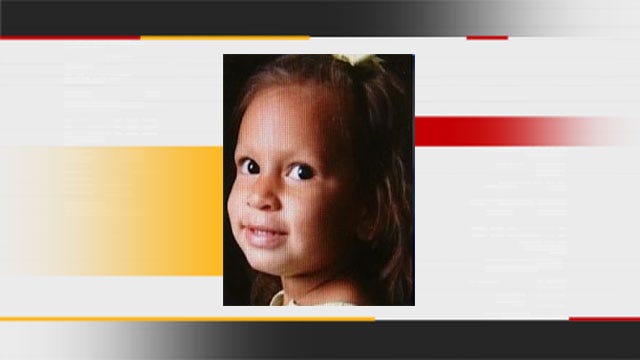 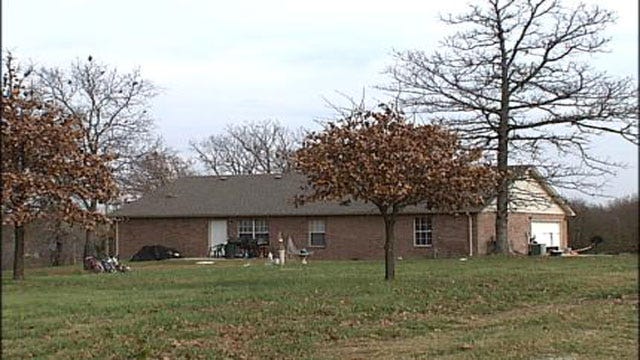 OKMULGEE, Oklahoma -- A new report on the death of a 3-year-old girl while in an Okmulgee tribal foster home raises questions about why she was placed there.

Four months after Kyra was moved to a tribal foster home, she was dead.

According to the Commission's report, the Oklahoma County court held three hearings in early 2007 on Kyra's status, each time deciding to leave her in the non-tribal foster home in Edmond.

In a hearing July 26th, 2007, the Muscogee (Creek) Nation "respectfully requested that Kyra be moved to a tribal home," but the court ordered that she remain in the non-tribal home.

During this time the report says the court found evidence that Kyra's biological parents were making progress on their treatment plan with the ultimate goal being reunification of the family.

On February 19th, 2009, according to the report, Kyra was removed from DHS custody and transferred to the custody of the Muscogee (Creek) Nation, but was allowed to remain in the non-tribal foster home.

Kyra's sister Heaven was born on April 13th, 2009, and the Oklahoma County court placed her with Kyra in the non-tribal foster home.

On July 7th, 2009, DHS placed Heaven into the tribal foster home of Sharon Whitecloud in Okmulgee.  Kyra was then placed in the home on July 14th.

On July 23rd, 2009, DHS received a report alleging abuse/neglect of Kyra.  According to the report, Whitecloud had taken Kyra to an Okmulgee ER because Kyra complained that her leg hurt.  The report says Kyra had sustained a fracture to her left tibia.

According to the report, Whitecloud said Kyra received the fracture during a visit with her biological parent.  The DHS worker contacted the Muscogee (Creek) Nation case worker who verified Whitecloud's account.

DHS screened out the report saying, "Child is and has been in tribal custody for some time. Tribal court has jurisdiction over the child."

On November 7th, 2009, DHS received a report about possible physical abuse of Kyra.  According to the report, Whitecloud took Kyra to the ER after finding her unresponsive that morning.  The Commission says it was told there was a 90-minute delay before Kyra was taken to the hospital.

According to the report, Kyra was observed to have multiple bruises in various stages of healing.

DHS began a Priority 1 investigation and made a finding of Substantiated-Court Intervention Requested.  Whitecloud had four other foster children in her home and DHS recommended they be removed and placed in protective custody.

According to the report, DHS found that Whitecloud left the four other foster children alone for several hours, including Kyra's baby sister, Heaven.

Kyra died on November 10th, 2009.  That same day, DHS received a report about alleged abuse/neglect of Kyra and her sister.  The person who made the report also questioned whether Kyra's previous broken leg was accidental.

On March 24th, 2010, the State Medical Examiner's office ruled Kyra's death a homicide.  According to the report, the caretaker told investigators Kyra had fallen backwards and hit her head on a table.  But the ME's office said Kyra's injuries were not consistent with the  circumstances reported by the caretaker.

On July 28th, 2010, Okmulgee County prosecutors filed a first-degree manslaughter charge against Sharon Whitecloud.  She's due in court next month.