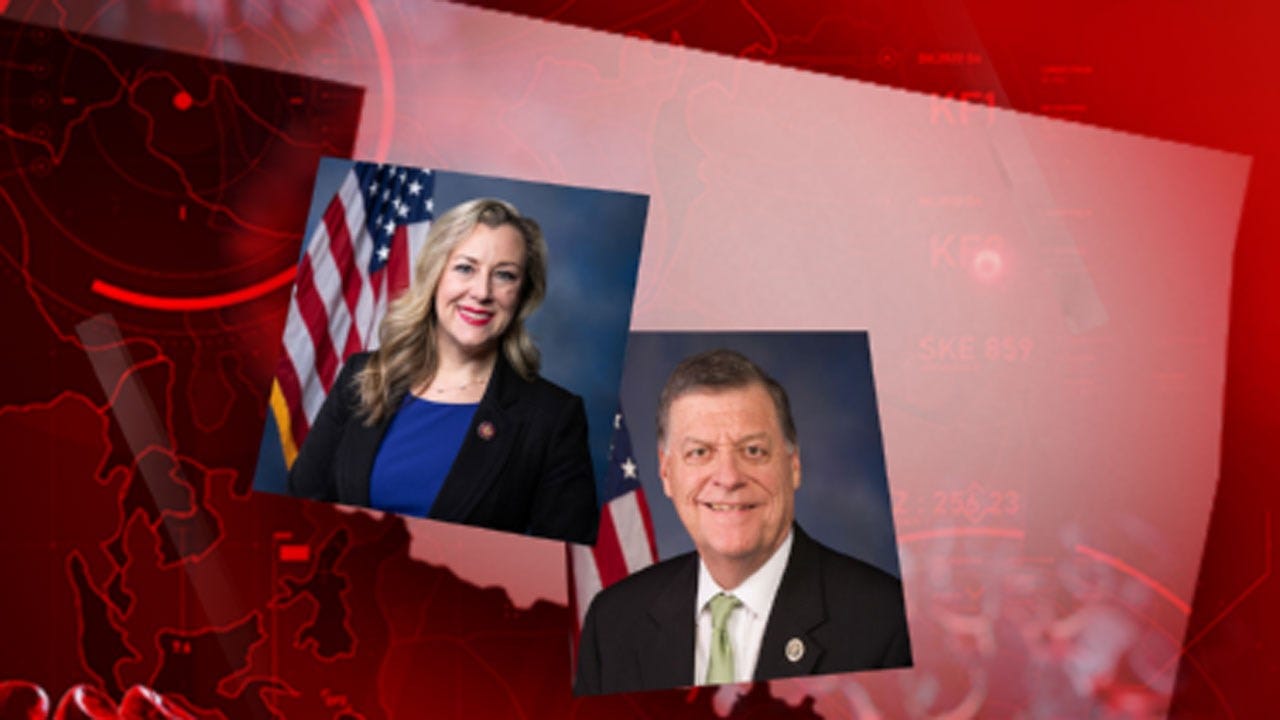 Talking from their respective self-quarantine locations, Representatives Kendra Horn (D-OK5) and Tom Cole (R-OK4) said Congress will continue work on national relief legislation, despite the potential of “quite a few” more members being forced to isolate themselves after two Representatives tested positive for COVID-19.

Horn and Cole announced Thursday they would be in self-quarantine for 14 days after spending time around Rep. Ben McAdams (D-UT) and Mario Diaz-Balart (R-FL), respectively.

“Members will do what they’re told to do,” Cole said over the phone. “The attending physician made that point, "you're probably fine, you're probably ok. You're probably not putting anybody at risk but this is what we're advising people to do in this circumstance and you know you have a special responsibility to set the example. I take that seriously I think my colleagues on both sides of the aisle do as well.”

Cole, who is 70-years-old said he spent and extended period of time with Diaz-Balart last week during legislative meetings. His age puts him in an elevated risk category, according to the CDC. Neither representative said they were not experiencing symptoms, and both said they were feeling fine.

“In the instance that we've contracted It, we're not exposing anyone else and we're keeping everyone safe in the process,” Horn said in a video call.

Both representatives’ staff were already working remotely the two said. Staff that was not working remotely or had close contact with their bosses in the last week were being told to self-monitor while at work.

While the two are isolated, Congress will still be working on possibly two or three more massive relief packages. The first two collectively will cost $108 billion, according to Congressional Budget Office estimates. The White House is also pushing for a $1 trillion dollar bail-out package for key industries impacted by the spread of the novel coronavirus, like airlines, hotels and $1,000 checks for Americans to be sent out by April 6.

“We’re not in an economic crisis. We’re in a healthcare crisis,” Cole said about the upcoming legislation. “A lot of people are losing their jobs through no fault of their own. We want to protect those workers.

Both of Oklahoma’s Senators Jim Inhofe and James Lankford voted against the second bill, both saying it would have harmed small businesses more than it would have helped. They were among only eight no votes in the Senate.

When asked about whether they’d talked to their Senate counterparts about their votes, Horn and Cole said they disagreed, but their focus was on moving forward.

“But I’ve looked at the legislation and come to a different opinion,” Cole said. “It’s not perfect legislation but I think making sure that people that work in small businesses get sick leave if they get sick is a prudent thing to do.”

“We’ve spoken and they did express some of their concerns,” said Horn. “Though the package wasn’t perfect it is an important step forward and we’ve got to be careful not to let the perfect be the enemy of the good.”

The House is also discussing releasing more vital personal protective equipment (PPE) like masks and respirators for healthcare workers from the national stockpile. Currently hospitals across Oklahoma and nationwide are beginning to run low, ration or run out of equipment needed to keep doctors and nurses safe while they work on the front lines of the pandemic.

“This is one where congress has done a good job,” Cole said. Congress has increase funding for the SNS over the last five years, which he said “turned out to be a pretty good investment.” The most affected states, Washington and California, have already been given some supplies Cole said.

The House of Representatives currently does not allow remote or proxy voting, which could pose problems if more members are forced to self-quarantine amid critical negotiation and voting. While conversations had been had nothing actively being worked on to change the rules.

“There’s been some discussion about voting remotely. I would hope that we can avoid that. I really think that it’s better that we go up and cast our ballots in a very transparent, very public manner,” said Cole who is a member of the House Rules Committee.

On Capitol Hill, Horn said lawmakers are determined to stem the spread of the virus.

“The mood is as I see it one of determination and focus, of realizing that we have to be in this together to save lives, to address the economic impact and to take care of our families,” Horn said.