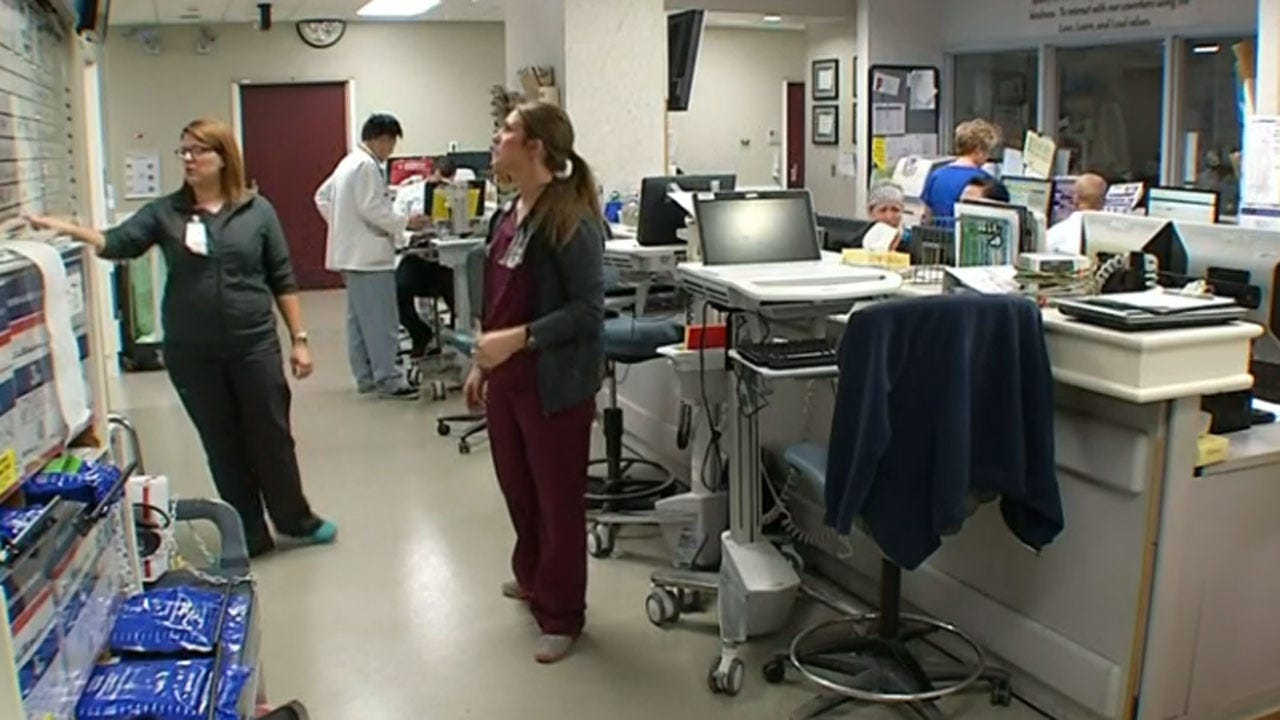 Hospitals are bracing for what could be some of the most difficult months they've faced in decades. To make matters worse, the Oklahoma Hospital Association said most hospitals don’t have the things they need and are worried they'll run out of vital equipment to keep doctors and patients safe.

We are concerned about our personal protective equipment and right now the capacity of testing while we know is going to ramp up, we still do not have as many tests as has been let out to the press,” OHA President Patti Davis said.

Steps at the federal level have been taken to fix that problem. On Wednesday, President Donald Trump ordered major companies to stop production on their own products and to instead make personal protection items like masks and respirators.

As of Wednesday afternoon, the State Department of Health said the state had fewer than 500 tests left.

OSDH has ordered new tests but there was not a set delivery date. State officials are now limiting tests to the elderly and those with underlying medical conditions.

While hospitals say they have been grateful any plan has been loosely put in place, they still describe a haphazard response that has left doctors and patients left waiting.

“I think everyone is scrambling. The phone call on Sunday night was called within one hour of the notification on a Sunday night and the call was a huge national call,” Davis said.

Hospitals are urging anyone who thinks they may have symptoms of the coronavirus to first call their own doctor before coming into an emergency room. Administrators say ER's should be left for severe symptoms like shortness of breath or an inability to breathe