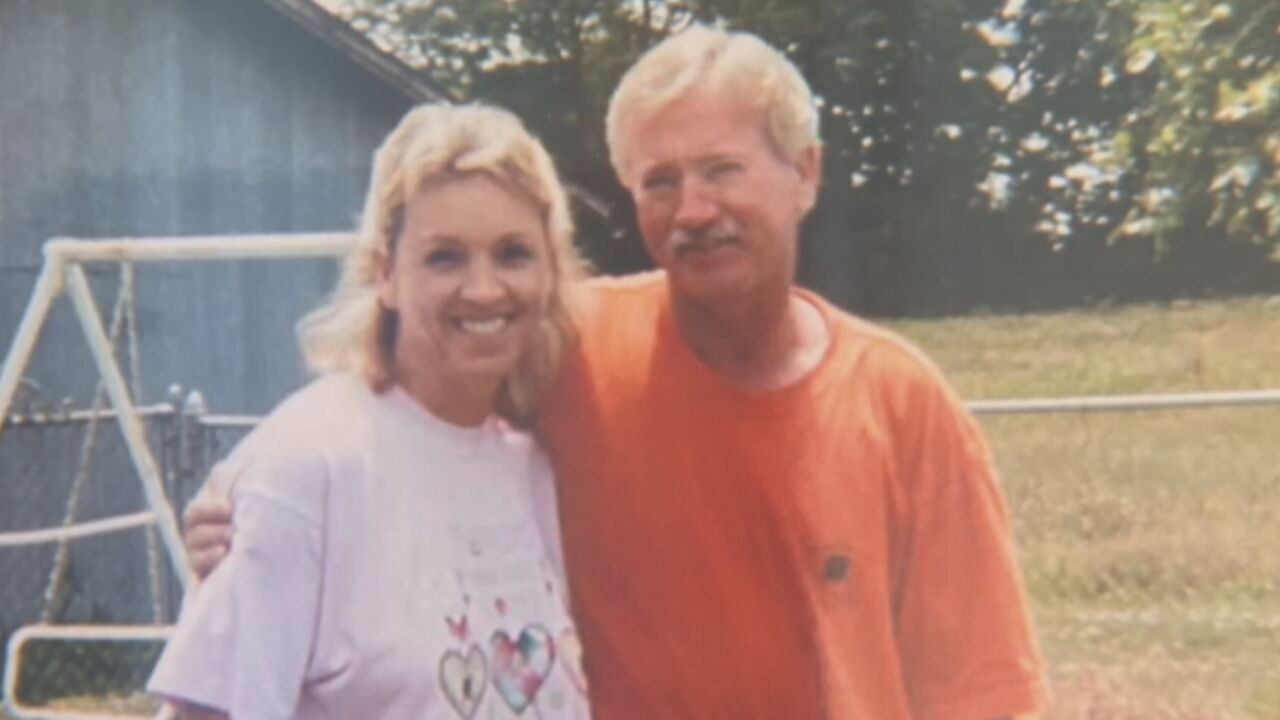 A Green Country family wanted to know how a driver can cause a wreck that killed four people and not receive so much as a traffic ticket. So they called News On 6, in hopes of getting answers.

Erwin and Janet Christensen found each other later in life. They were in their 60's and had been married 16 years.

They had a place at Lake Eufaula where Erwin tinkered with old cars and Janet tended to their garden. They loved camping, fishing and being with family.

They'd moved back to the Bristow area to be closer to the grandkids, but still went to the lake to check on their place and pick vegetables from their garden.

“She had a sandwich shop in Depew for a while. She was a really good cook. Fried pies were here big thing. She was known around there for her pies. They're pretty good people,” said Janet’s daughter, Kendra Steele.

Erwin and Janet were on their way home after checking on their lake place when they were killed on a Sunday afternoon. The news of their death devastated their family.

The OHP report said two witnesses told troopers it appeared Courtney Stanton was passing a truck hauling a boat on Highway 266, when she crossed the center line and slammed head-on into Erwin and Janet's vehicle.

The OHP report said Erwin tried to avoid the crash and swerved over to the shoulder, but it wasn't enough.

The report shows the children were buckled in child seats and Erwin and Janet were wearing seatbelts. The only person not restrained was Stanton, who survived.

"The DA decided not to charge her with her own children, so two counts of negligent homicide," said Steele.

The wreck happened March 29, 2020. The McIntosh County DA filed two misdemeanor counts of negligent homicide in May of 2020 for the deaths of Erwin and Janet Christensen.

One year later, the case was dismissed for lack of jurisdiction since Stanton is a tribal citizen.

It was moved to the Muscogee Creek Nation court but there were many delays and closures due to COVID. When things re-opened, Steele said she began calling again.

She said on June 6 of this year, a tribal prosecutor told her they'd decided not to file any charges, calling it a civil matter.

Steele doesn’t believe this should be considered just a tragic accident.

"No, because it really wasn't an accident. She didn't have a blow out or a medical episode. It's something she caused, something she was doing," said Steele.

Steele said it hurts that her family has never received an apology. While she understands Stanton suffered the loss of her own children, Steele said Erwin and Janet's family is still suffering as well.

"This has been torture for two years and it's not just we had a funeral and moved on, we literally had to sell everything they had,” said Steele.

She hopes federal prosecutors will pick up the case but if that doesn’t happen, Steele said it’ll feel like the system didn’t think Erwin and Janet's lives mattered.

"I shouldn't have to fight for this kind of justice. I’ll keep pushing until somebody takes it and does something with it,” said Steele.

Stanton's attorney said charges should not be filed in this case because it was a tragic accident, not a crime. Her attorney said Stanton had no criminal intent and she is devastated about what happened.

Her attorney also said Stanton's life has been changed forever with the deaths of her two young children.

News On 6 contacted the Muscogee Creek Nation to see why charges were declined. They responded Wednesday, saying the AG has reviewed the case and does now plan to file two counts of misdemeanor vehicular homicide.