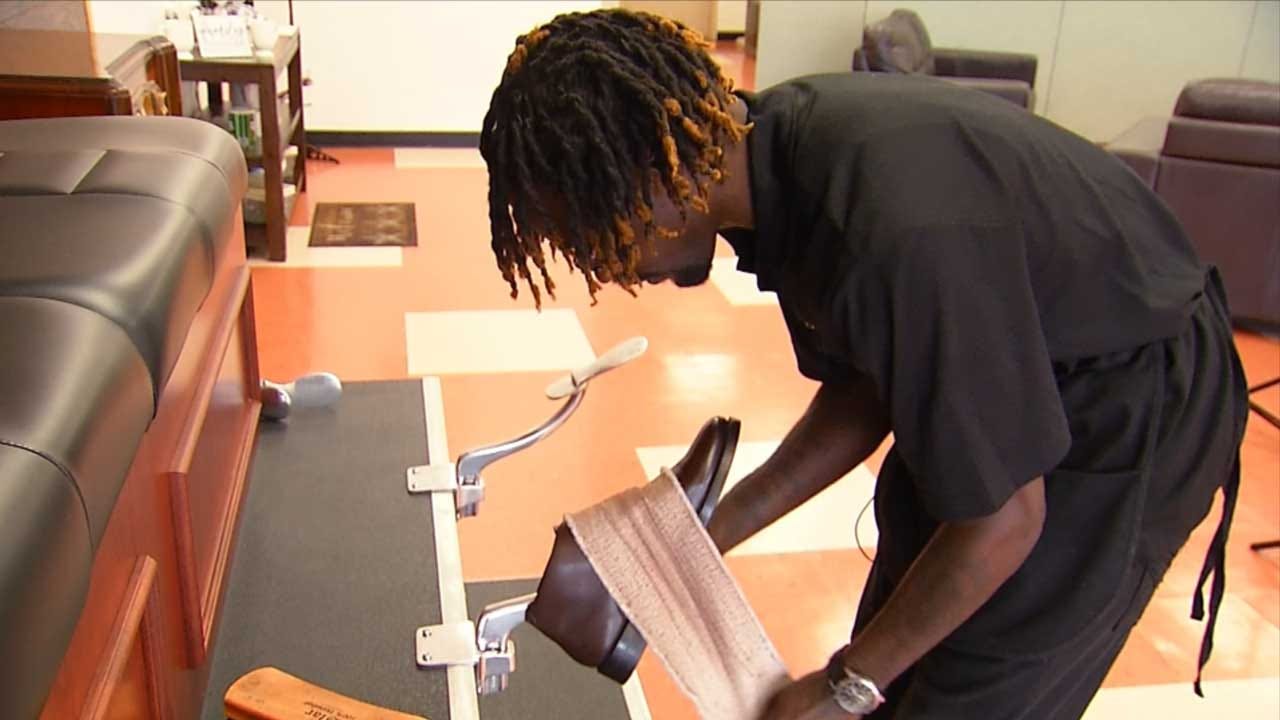 “When he went out in public, he always looked nice,” says Odies Gilliam about his father Bill Gilliam.

Odies worked under his father at “Bill and Son Shine Parlor” in Stockyards City until about 15 years ago, when the shop closed.

Odies and his two nephews opened the place at 2401 Exchange in March.

“I’m the kind of guy everyone wants to imitate. They wish they had my skills,” jokes Odies, who is passing down his skills to a fourth generation of family shoeshiners.

The shine specialist, Ace Grayson, learned his skills practicing on donated shoes and others purchased at Goodwill.

“I thought, ‘What are we going to do with those shoes afterwards?’ It’d be a good idea just to give them away,” says owner Curtis Hill.

That’s how the free grab-and-go shelf started. Anyone who needs some shoes can grab a pair that’s been polished and refurbished for free, no questions asked.

The shop currently has about a dozen pairs for people to take.

“These shoes are actually getting the same treatment that customers would come in and pay for,” adds Hill.

Jeremy Autaubo came into Sole Brothers Friday to grab a pair, after explaining the shoes already on his feet belonged to someone else.

“I’m really struggling right now with my family. But to get a pair of these, it’s a blessing,” says Autaubo, who put the shoes on a his feet as soon as he left the shop.

“My parents always taught us, you don’t meet strangers, you don’t turn people away that need help,” says Gilliam.

Shoeshines start at $6 a pair.

To learn more about Sole Brothers Shine Parlor or to donate shoes you can visit their Facebook page.