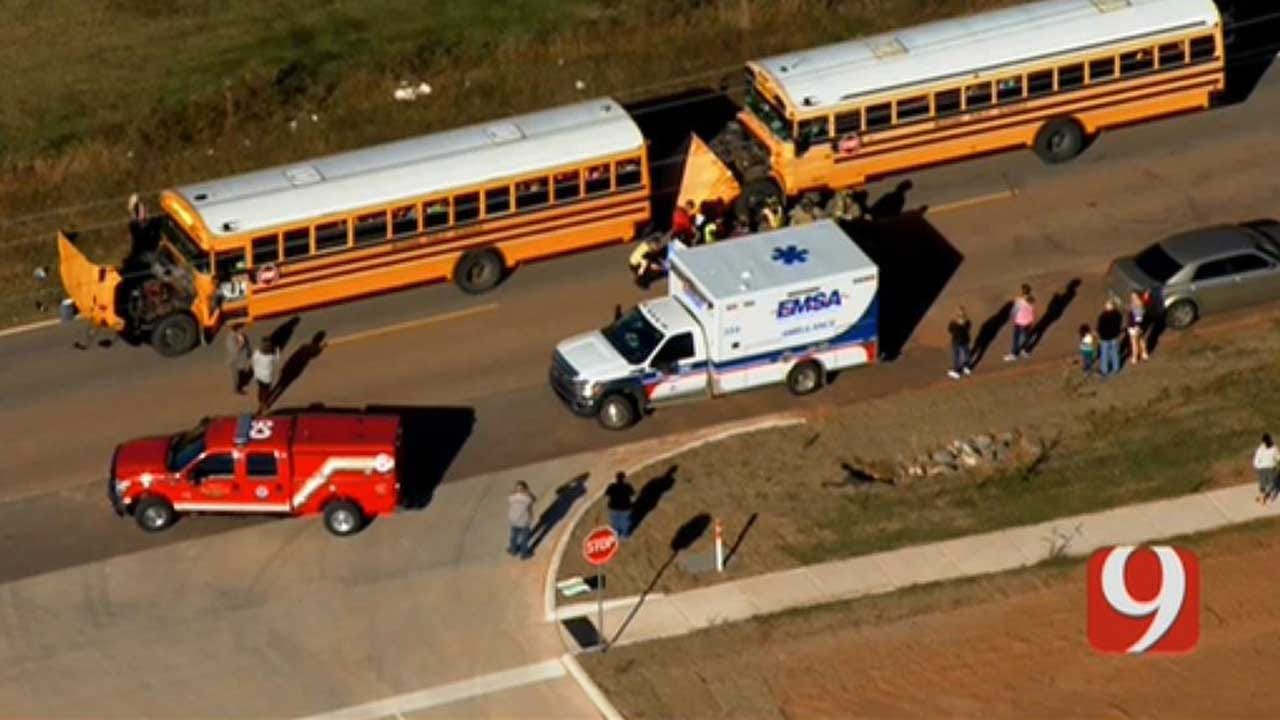 According to the Oklahoma City Fire Department, the crash occurred at Southwest 44th Street and Mustang Road, in the area of Riverwood Elementary.

EMSA reported that 26 children were evaluated. No students were taken to the hospital.