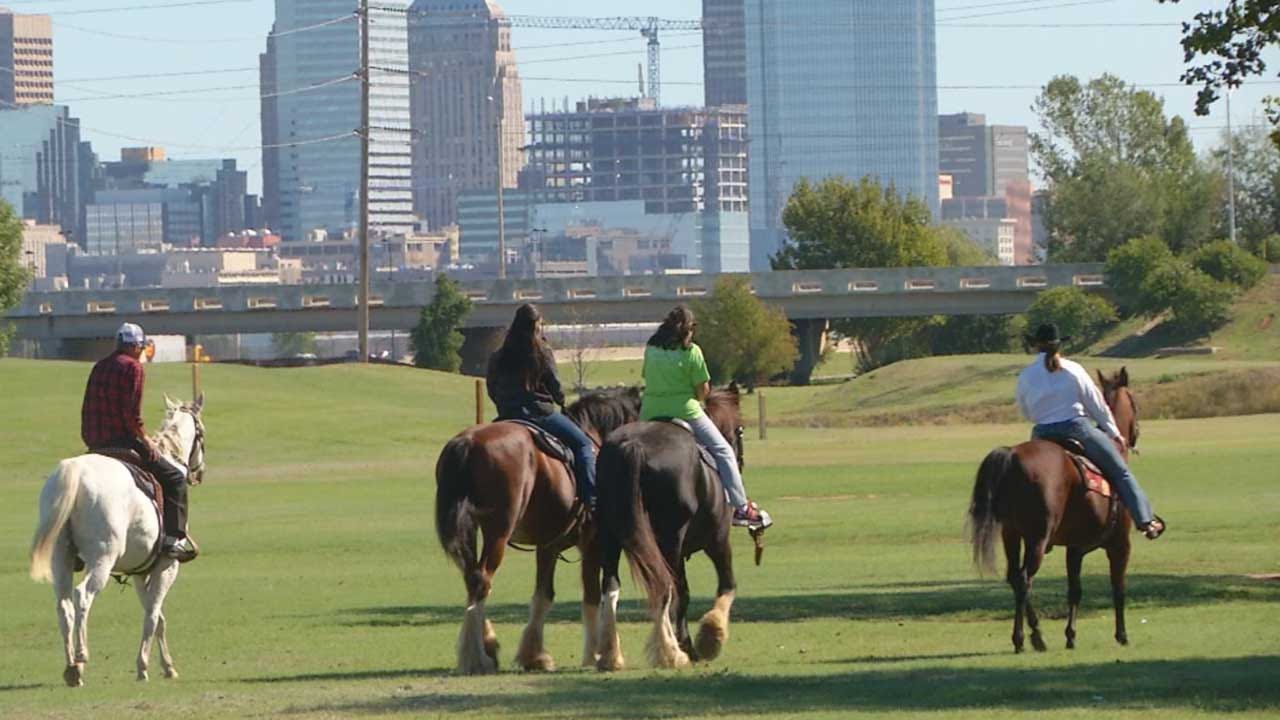 A new park is coming to Oklahoma City near Stockyards City. It will be called the Oklahoma River Horse Park.

On Thursday, designs were unveiled along with a staking ceremony to celebrate.

"It's extremely unique and everyone that has heard of the concept has been really excited about it," said Rhonda Hooper, Chair of the Oklahoma River Horse Park Task Force.

She said a small group of people came up with the idea of an equestrian park years ago, and it is going to become a reality.

The renderings show a welcome center, stables, and a covered arena. An area on South Agnew Avenue will be the starting point of four to six miles of horseback riding trails along the Oklahoma River.

The first phase of the project will allow people to bring their own horses to the park. Eventually, visitors can rent a horse to ride along the trails.

The project is estimated to cost 9 to 14 million dollars.

Oklahoma City's Director of Parks and Recreation, Doug Kupper said it will be funded by private and public money. He said it will benefit the economy in the long run.

"You got the skyscrapers on the vista on the east side of the park and then you have the Stockyards right here on the west side. It's a great day," said Kupper.

The park is expected to be completed in 2018.