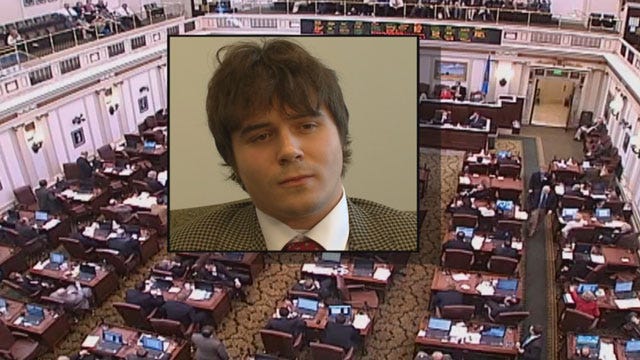 State lawmakers are considering throwing out marriage in Oklahoma.

The idea stems from a bill filed by Rep. Mike Turner (R-Edmond). Turner says it's an attempt to keep same-sex marriage illegal in Oklahoma while satisfying the U.S. Constitution. Critics are calling it a political stunt while supporters say it's what Oklahomans want.

"[My constituents are] willing to have that discussion about whether marriage needs to be regulated by the state at all," Turner said.

Other conservative lawmakers feel the same way, according to Turner.

"Would it be realistic for the State of Oklahoma to say, ‘We're not going to do marriage period,'" asked News 9's Michael Konopasek.

"That would definitely be a realistic opportunity, and it's something that would be part of the discussion," Turner answered.

Such a discussion will be made possible by a current shell bill -- something that can be changed at almost any time to react to upcoming rulings on Oklahoma's same-sex marriage ban.

"I think that, especially with issues like this, [these lawmakers are] out of touch with most Oklahomans," said Ryan Kiesel, ACLU Oklahoma executive detector.

Kiesel says prohibiting all marriage is new territory. In fact, the ACLU was unable to find an example of where a state has ever tried to ban all marriage. Kiesel believes the entire idea just boils down to politics.

Turner admits his idea makes a lot of people uncomfortable. He also says, "I accept that." Turner plans to wait until the federal appeals process plays out. The fight over Oklahoma's ban on same-sex marriage will now head to the Tenth Circuit Court of Appeals in Denver