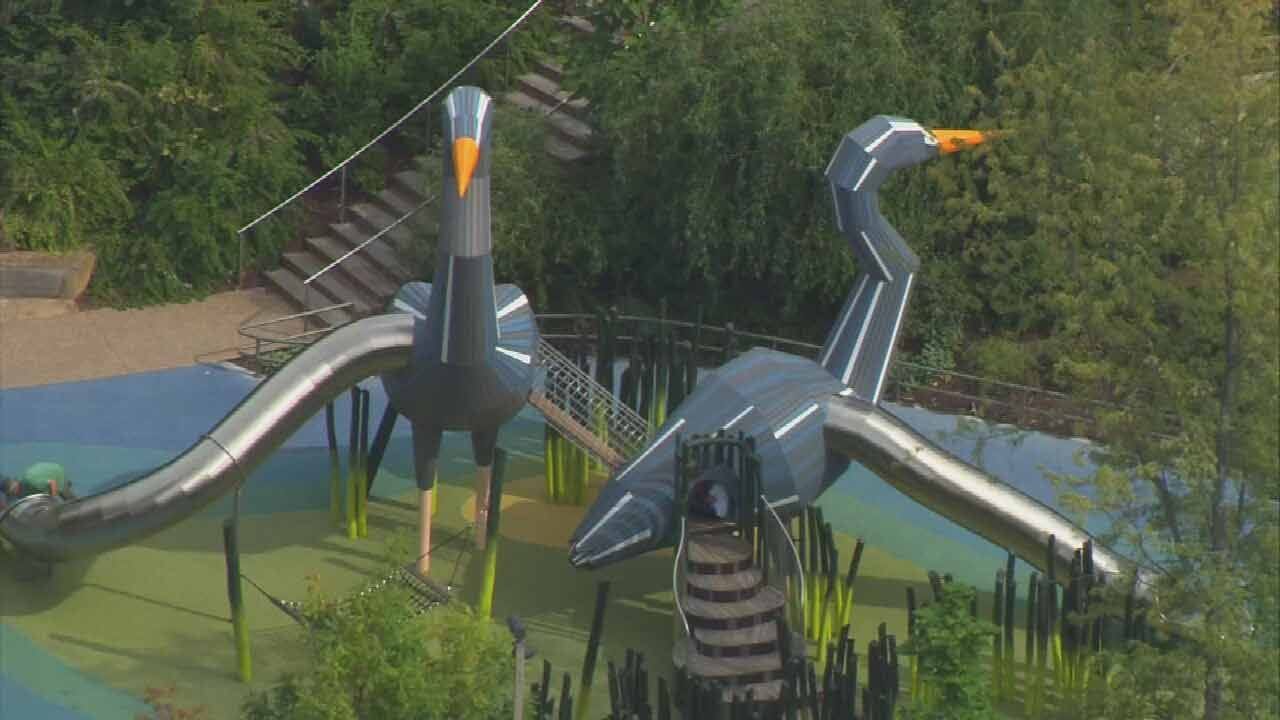 It's been a huge first year for Tulsa's Gathering Place, as the park rakes in national and international recognition.

Executive Director Tony Moore said within just a couple days of opening this time last year, they could tell the park was going to be a huge success.

Moore said the biggest goal now is to stay humble and keep growing.

In the past year, Gathering Place has built quite the resume. USA Today named the park the #1 new attraction for 2019, Time Magazine listed it as one of World's 100 Greatest Places, and National Geographic included Gathering Place on its list of 12 of the world's "mind-bending playgrounds."

Moore admitted that before the park opened, there were a lot of unknowns.

"We would be lying if we said we anticipated the national and international recognition," he said.

"We were a little nervous, not sure how everyone was going to embrace it," he continued. "But we were blown away, and are still blown away by the feedback we have gotten."

As the world-class park continues to bring visitors from across the globe, Moore said they have no intention of stopping now.

"One year, we have to be humble and not break our hands patting our backs and drinking our own kool-aid and saying how great we are," he said.

The biggest new addition coming soon, the Tulsa Children's Museum Discovery Lab. Moore said that's just one more step to continue being a park for all: all ages, all races, all backgrounds, to maintain their top spot as not just the number one destination in Tulsa, but in the world.

Moore said they hope to start construction on the Discovery Lab this year.