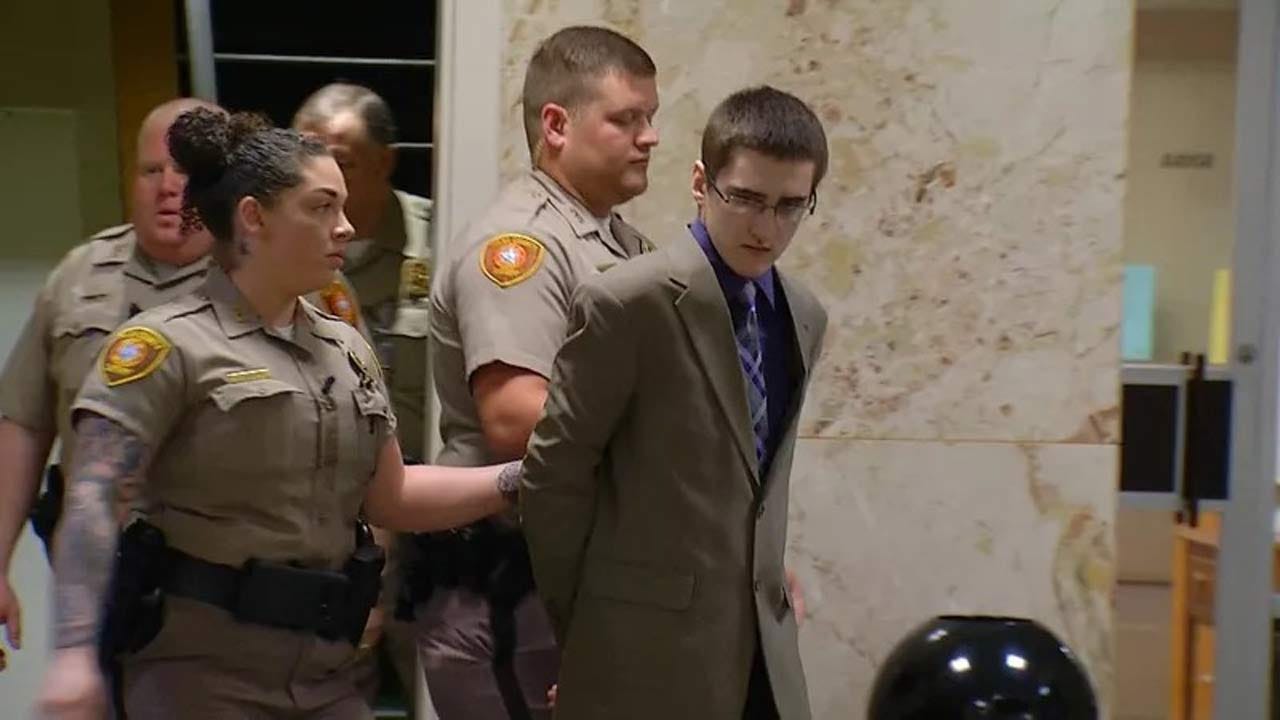 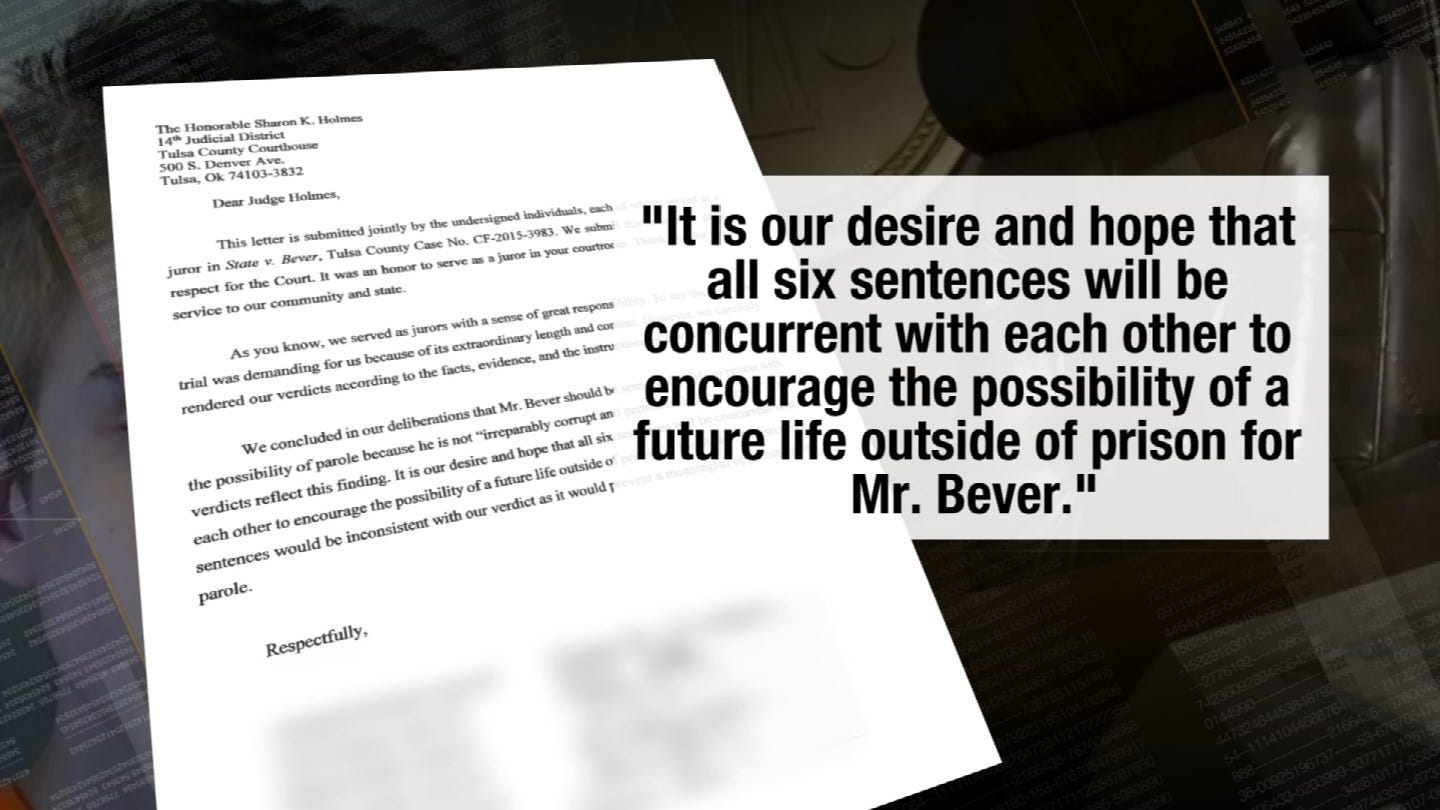 Sentencing for Michael Bever, the Broken Arrow teen convicted of killing five family members, has been pushed to August.

Bever was scheduled to be sentenced Tuesday, July 24, 2018, but the judge said she needed more time after hearing from Bever for the first time in court.

7/23/2018 Related Story: Michael Bever To Be Sentenced Tuesday For The Murder Of 5 Family Members

A jury found Bever guilty of five counts of first-degree murder and one count of assault and battery with intent to kill in May. Jurors recommended five life sentences with the possibility of parole, plus 28 years for the intent to kill charge.

A life sentence in Oklahoma is 45 years and Bever has to serve at least 85 percent of that. This means if the sentences run concurrently, he could be eligible for parole when he’s 54 years old.

The judge heard from Bever himself for the first time in court on Tuesday.  She also heard from jurors, who sent her a letter asking the Bever one day get a chance at parole.

“I’m sorry.  I am S-O-R-R-Y.  He couldn’t articulate to his very family, ‘I’m sorry.’  He’s spending all his time talking about Michael Bever.  That tells you everything you need to know about him,” said Kunzweiler.

“You saw him shaking.  I think it was an expression of remorse, even though you didn’t hear the word ‘sorry,’” he said.

Bever told the judge he’s spent the last three years thinking about what he could have done differently and the life he could’ve had with his family.

Bever said he hates the thought that his surviving sister, who is 16 now, would ever be afraid of him.

“He wishes she wasn’t going through this pain.  He wishes this never happened,” said Brewster.

“If the court doesn’t run these sentences concurrent, it would run against the verdict, basically,” he said.

Six of the 12 jurors signed off on a letter to the judge that says, in part, “It is our desire and hope that all six sentences will be concurrent with each other to encourage the possibility of a future life outside of prison for Mr. Bever.”

“He’s in a different league,” said Kunzweiler.  “We’re talking about people who have no problem committing mass murder.”

The judge is expected to make a final decision on August 9th.