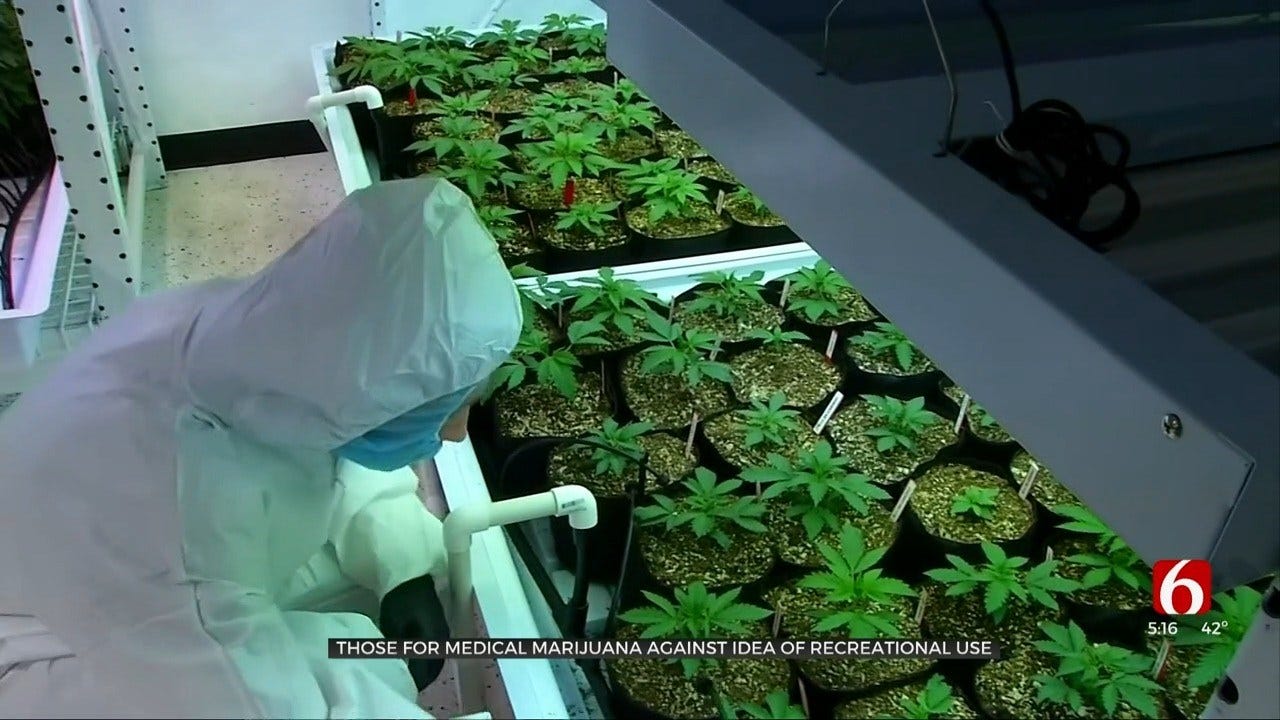 A new initiative petition was filed to give voters a chance to legalize recreational marijuana.

234,000 Oklahomans have medical marijuana cards, but if recreational marijuana was legal - they could buy it without a prescription.

The change would impact the dozens of medical marijuana dispensaries in Tulsa and the hundreds across the state. Since State Question 788 passed, the medical marijuana industry has been building. Growers, processors, distributors and dispensaries all handle the product - all with the structure of a medical product style regulatory framework.

Chip Paul helped write the Medical Marijuana petition and believes recreational marijuana would upend the market that's just getting started - and hasn't yet settled out.

"I don't think we're in a situation yet, where we're able to write things in stone. We're still learning a lot about our medical marijuana program and it has a long way to go to really develop," Paul said.

Dispensaries have opened quickly to take advantage of Oklahoma's open medical marijuana market. State Question 788 intentionally made it easy for patients to get access, which is why Paul said recreational isn't needed.

"We have that already in our medical program. You have to have a medical condition, but it's open access. You cannot be denied a medical card in Oklahoma. So, what does recreational buy us? Nothing really, nothing,” Paul said.

Paul predicted the main beneficiaries would be dispensaries around the state border, selling to out of state customers.

The state put most of the burden of restrictions on growers and sellers of marijuana. They stand to win either way; their product is in demand now, and recreational sales could only increase demand. In other states – that has led to higher prices, which Paul said hurts the people using it for medical needs.

"I think Oklahomans like what we've done, at least that's the feedback that I hear, but I don't know if we're quite ready for recreational,” Paul said.