Oklahoma Students Get Security Screens To Protect Against Shooters 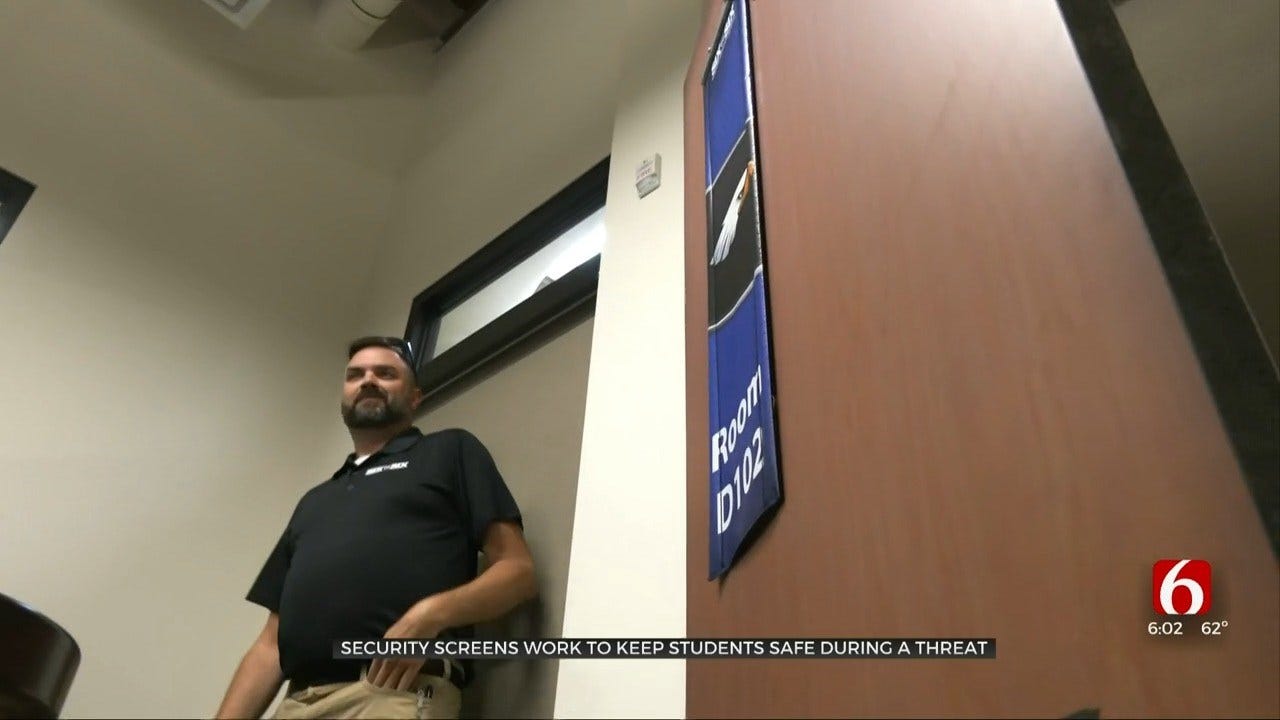 A company has developed screens that go over classroom windows to block sight of active shooters.

It's an idea that creator and founder of Six One Six, Kevin Guinn says could transform school safety.

"You wont shoot unless you see a target, and what we are doing is blocking the visual - blocking the sight of that target," Guinn said.

Guinn says he got the inspiration after his daughters' principal told him they had no way to cover windows and doors quickly.

He came up with the speed screen. A sliding screen that can be rolled up, and slid down in seconds.

The screens are custom built and can have the number of the classroom to help first responders. That feature impressed Rogers County Sheriff Scott Walton.

"The fact that it identifies the room number for a first responder who wouldn't know where room D102 is, we have a product here that could certainly add to safety of the school," says Walton.

Guinn says once you deploy the speed screen, you have a peephole where you can look outside the classroom, but they can't see inside.

"I think every day parents trust their most prized possession with us. We take very seriously with us when they are within our walls in in our custody." says Frazier.

Frazier says they plan to add security cameras and threat response apps in the coming year, and the speed screens could be a great additional security component.

"It was something that was so simplistic and it's fast. When we talk about crisis situations it would have to be something easy and something anyone can do," says Frazier.

The screens run for about 85 dollars each. They are not in any schools yet, but Guinn hopes to catch their attention.

"I feel like I was put in this position for a reason, I feel like this is what I was meant to do," says Guinn

Claremore Public Schools tell News On 6 they are just in the initial talks to buy the screens, and it will all depend on funding.