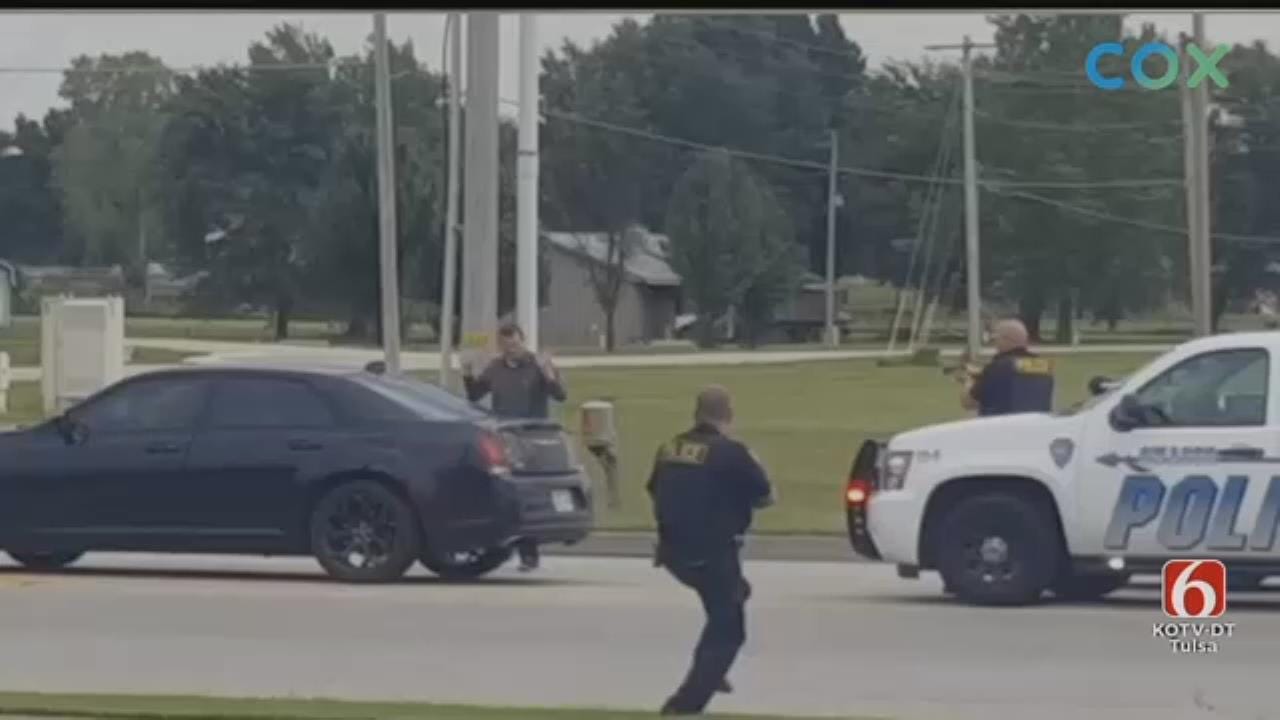 A News On 6 viewer captured video of the arrest of a man accused of kidnapping a Lyft driver Saturday, September 21.

The man, Adam Joseph McKean, faces charges of kidnapping, sexual battery, being drunk in public, and interrupting an emergency call.

Stephanie Hopkins said she picked up the 35-year-old McKean from Arnie's Bar and Grill Saturday afternoon. But on the app, he was using the false name "Ty." She said he seemed drunk.

Related Story:  'I Was Praying That I Would Survive:' Owasso Lyft Driver Describes Terrifying Alleged Assault

Hopkins pushed the "SOS" button on the Lyft app using her navigation. The feature had to transfer the call to three different departments before alerting the Owasso police.

She said McKean put his hand over her mouth to keep her from giving information to the dispatcher.

After over an hour of driving, Owasso police stopped the vehicle at 76th and 129th streets where they got Hopkins to safety and arrested McKean.