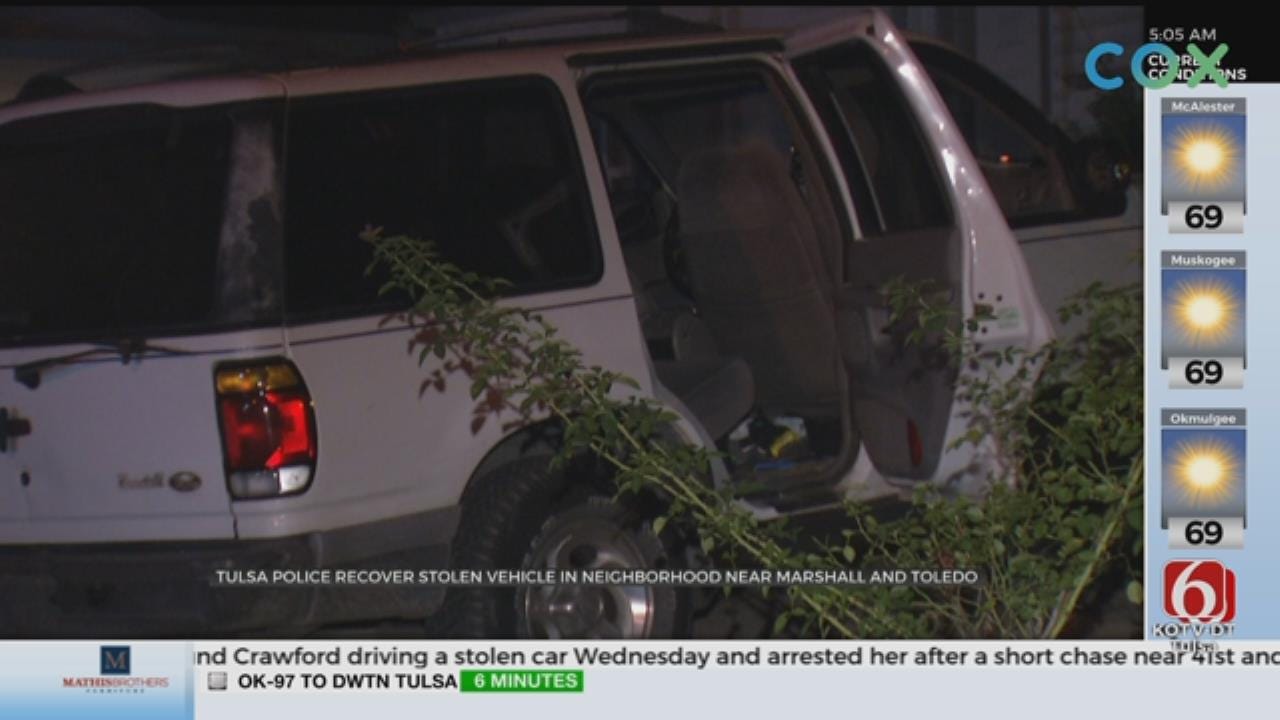 Tulsa Police have recovered a stolen car and are now searching for the people they say led officers on a chase.

This happened just after 1:30 a.m. Thursday morning when an officer noticed a 1996 white ford explorer that had been reported as stolen and tried to stop the car.

Officers said the driver didn't stop and parked at a house near East Marshall Place and North Toledo.

Then the driver and passengers got out of the car and ran from officers.

Officers brought out the helicopter and k-9 officers to search for the suspects, but they were not able to find them.

Police say they've found other stolen vehicles at a house nearby in the past, but police say it appears the suspects drove this stolen car to a random house in the neighborhood, at this time.

If you know anything about this, you're asked to call Crime Stoppers at 918-596-COPS.