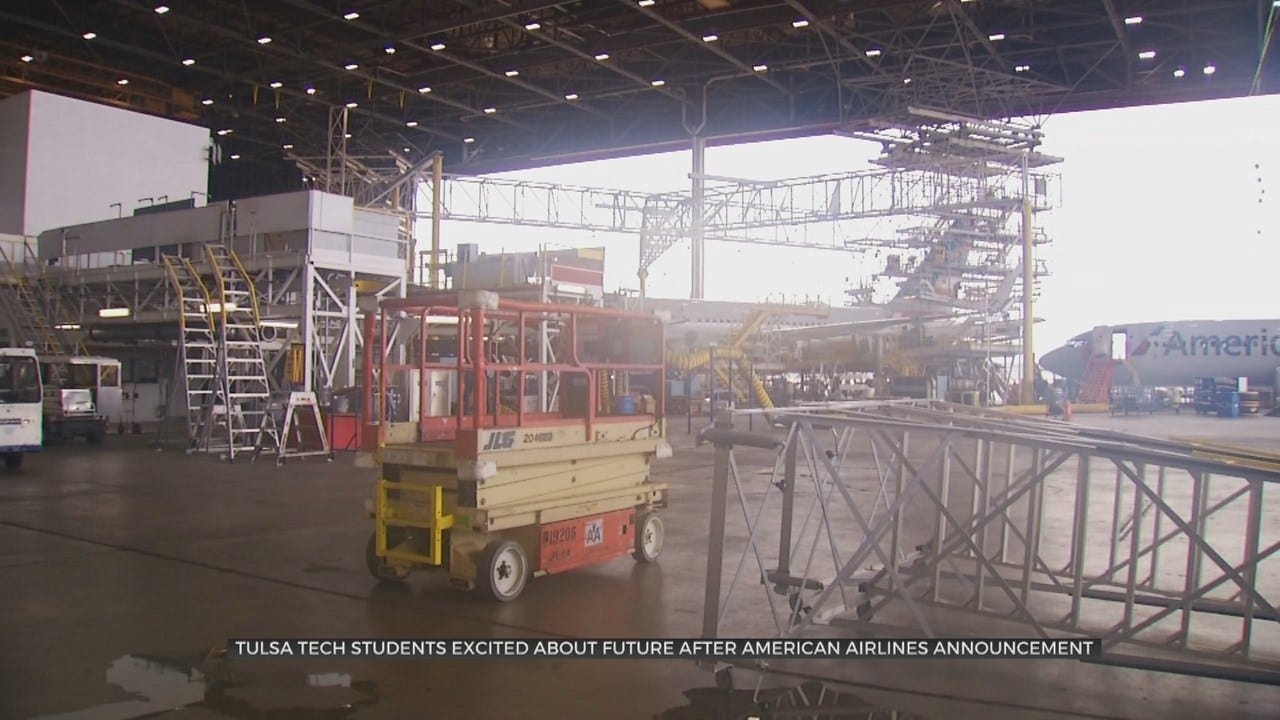 Tulsa aviation students and recent grads are ready to apply for hundreds of new jobs after American Airlines announced an expansion of its Tulsa maintenance base.

The average worker at the maintenance base is 58 years old, with many getting ready to retire, so the airline is excited to welcome new, younger employees. The company plans to hire 400 new people, mostly mechanics, in the next four months.

More than 100 students are on the path to becoming mechanics through the aviation program at Tulsa Tech.

"I think the thing I like the most about it is problem solving. It's a challenge every day,” Tulsa Tech Airframe Student Michael Cooksey said.

Cooksey splits his time between campus and the American Airlines maintenance base, where he works as a cleaner on the overnight shift.

He's worked there for a few months and plans to apply for a mechanic position when he graduates in June.

"It's gonna take a long time to hire that 400 and I hope I get squeezed in on that,” Cooksey said.

Hiring so many employees at once at the maintenance base is something that has not happened in more than a decade.

Oxley said her students are prepared for the real world, because they're already doing real work.

"Whenever they overhaul something, it operates in the end,” she said. “So they get that satisfaction of seeing something operate that they've worked on."

Oxley said the industry needs young mechanics who will stay in aviation for decades, like Cooksey's dad, who has worked at American for 30 years.

"I originally wanted to work at American Airlines just because my dad worked there,” Cooksey said.

Spartan College of Aeronautics said it has several alumni who work for American right now, and leaders hope to have more grads head to the maintenance base for work soon. The college said it has about 150 students in its Aviation Maintenance Technology program.