Steamy Sunday Weather, But A Big Cool-Down Ahead This Week! 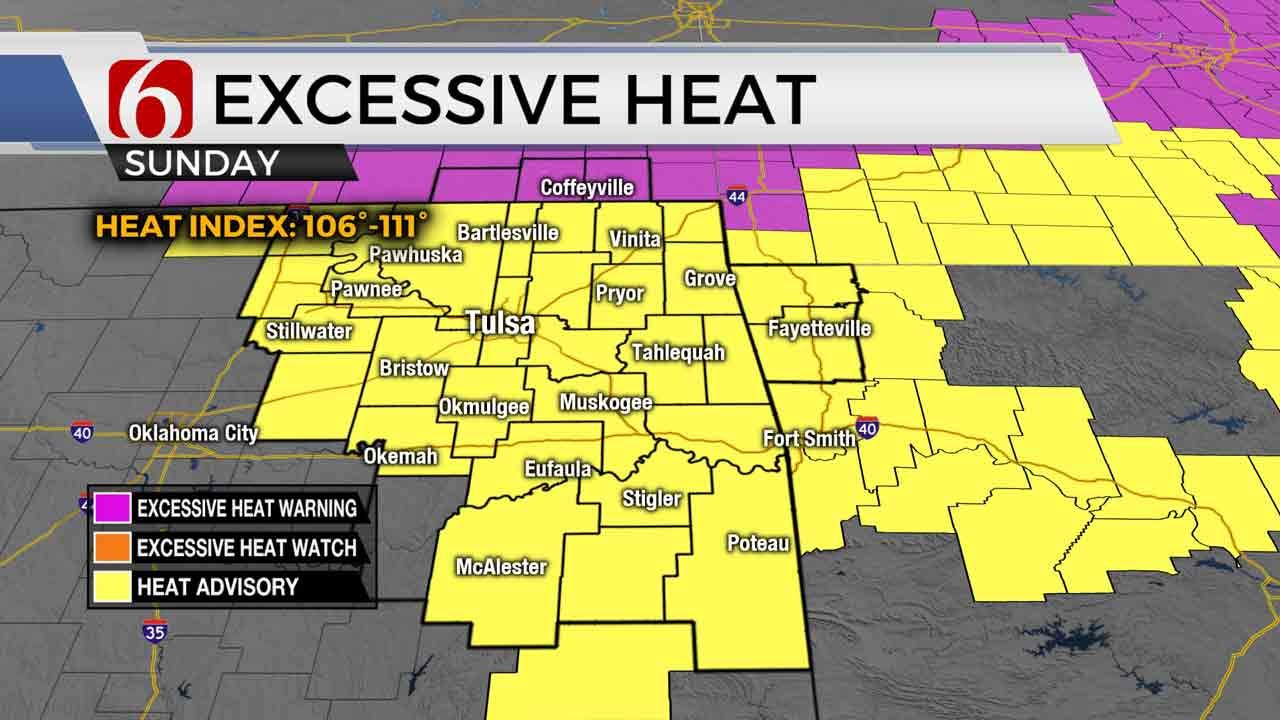 The heatwave is about to break! A nice cool-down and a drop in humidity are on their way to Green Country after we get through one more very hot and muggy day to wrap up the weekend.

Once again, a Heat Advisory is in effect across all of eastern Oklahoma for our Sunday, with an Excessive Heat Warning in southeast Kansas. We’ll see highs in the upper 90s to near 100, but that high humidity will again push those heat index values back up to near 110 degrees during the day. Stay cool!

A stray shower or storm can’t be ruled out northwest of Tulsa during the day, but shower and storm chances increase later tonight as that long-awaited cold front begins to surge in. Scattered storms are more likely from late Sunday night into early Monday morning, moving out of southeast Kansas through northeast Oklahoma. A few could briefly be strong to severe with gusty winds the primary threat.

Scattered showers and storms will likely diminish in coverage during the day Monday, though a few stray showers will remain possible. After that, it’s all about the cold front! North winds will return to eastern Oklahoma on Monday, with highs only in the mid-80s Monday afternoon. It will still be noticeably humid Monday, but not nearly as bad as the past several days!

Conditions look even better Tuesday! A continued drop in humidity will allow lows to drop back into the 60s, with highs in the 80s Tuesday afternoon and no heat index for a change! Lows should dip even further into the lower 60s Wednesday morning, with highs back in the 80s and another day with low humidity. In fact, temperatures look to stay below normal throughout the whole week!

I hope you have a great Sunday, Green Country! You can follow me on Twitter @StephenNehrenz as well as my Facebook page Meteorologist Stephen Nehrenz to stay up to date with the very latest!

Steamy Sunday Weather, But A Big Cool-Down Ahead This Week!