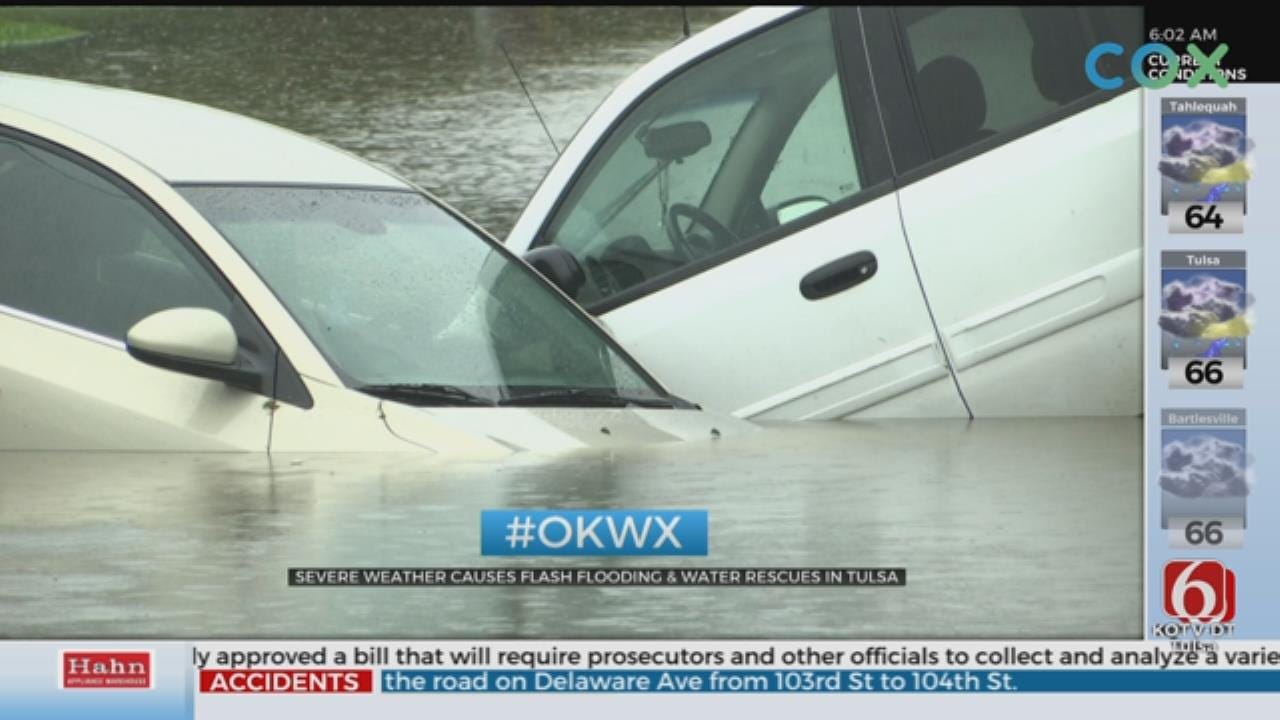 Another round of severe weather moved through the Tulsa area Thursday causing flash flooding, water rescues, and some damage.

Several homes were flooded in this area and vehicles stuck in the water.

It only took a matter of minutes for the water to cause major problems.

News On 6 spoke with one man who tried to save his mother and 10-year-old daughter after the water swept their vehicle off the road.

"It was horrifying. I was on the phone with them the whole time and she's screaming 'swim, grandma, swim' and my mom's trying to get her way out and I was running, just running until I got here," said Edward Billard.

Tulsa firefighters had to do several water rescues but say no one was seriously hurt.

Dispatchers say they don't know of any streets closed Friday morning because of flooding.