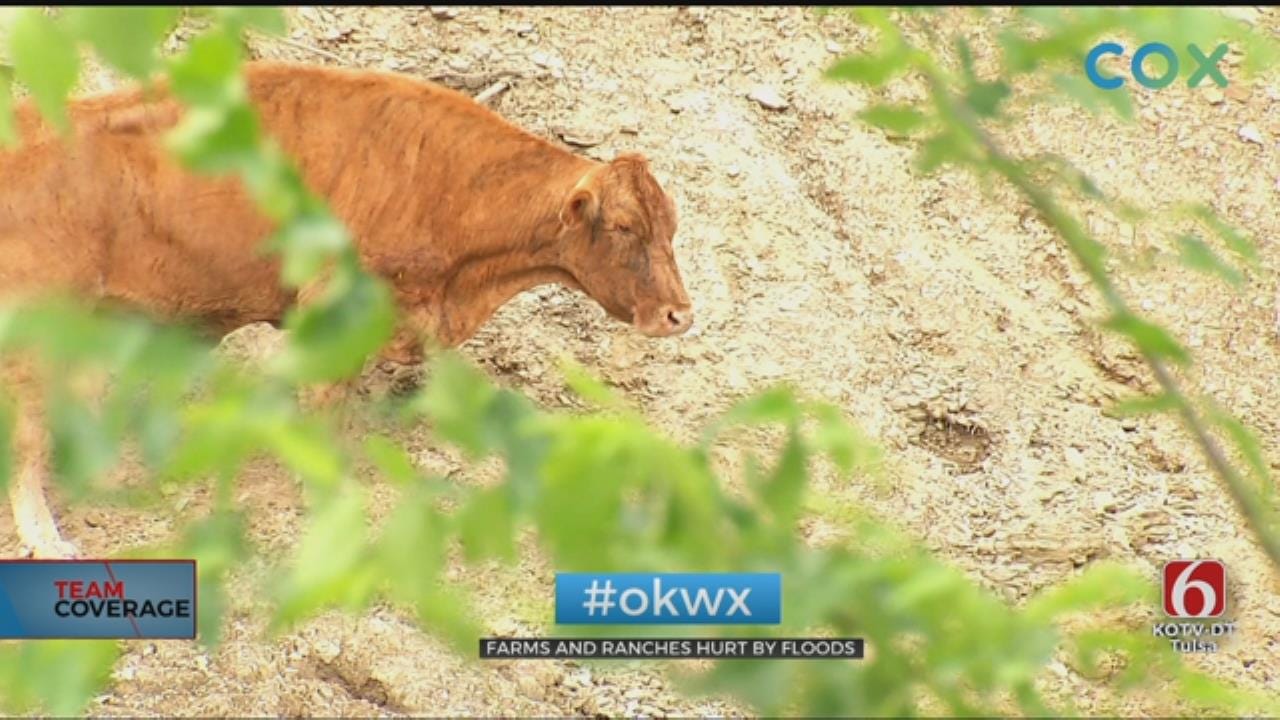 As the water drops, Green Country ranchers and farmers are adding up the crops and cattle lost in the flood. Ranchers told News On 6, one cow is worth about $1,000.

Livestock stuck in high water is an all too familiar scene across Green Country. Video showed dozens of cowboys working together to save animals. The video hits too close to home for Larry Washom.

Washom said out of 40 head of cattle, he lost 28. He estimates the loss to be nearly $30,000. And to make matters worse, he said his sister and niece both lost their homes in the same floodwaters.

"I've stayed awake at night worrying about them cows down there because I knew some of them were still alive, and there was no way to get them," said Washom.

Washom is thankful to a group of volunteers who helped save some of his livestock. OSU Extension Educator Bruce Peverley said the severe weather will have both significant short and long term effects.

"There is not going to be much forage for the livestock that made it through the flood," said Bruce Peverley, Extension Educator, Agriculture for Nowata and Tulsa Counties.

And Peverley says there are other issues.

"It may be 30 days before we can get in to do anything, and now we've got the potential for erosion and the cleanup,” said Peverley.

For now Washom said he wonders what's next.