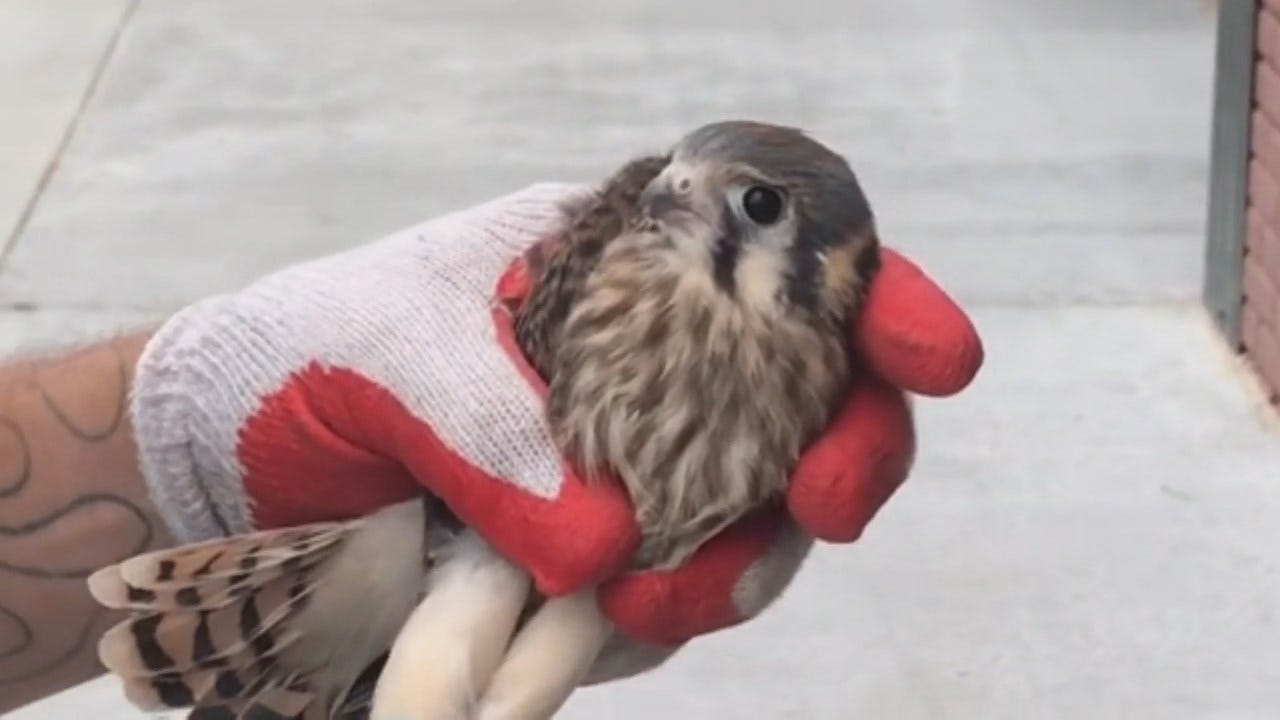 The Tulsa Arts District is always full of activity, but Tuesday morning something stood out to one man.

David Royce calls the Tulsa Arts District his neighborhood and is known for giving back to his community—from his artwork to picking up trash and cigarette butts in his free time. He looks for ways to improve the district.

That’s what he was doing Wednesday morning—picking up trash—when he heard birds fighting near The Vanguard.

“It was early in the morning and I was walking up; and a robin was attacking him. And I shooed the robin off,” Royce said.

The bird that robin was attacking was an American Kestrel.

“As soon as he tried to fly away, the robin started attacking him again.” Royce said.

When that bird came across the street, Royce worked to chase off the robin. And he realized it was a smaller bird.

“He got to the other side of the street, and that’s when I decided to pick him up and carry him some place safe.”

The American Kestrel seemed to be uninjured from the robin attacking it, and just seemed scared to Royce.

So with gloves on, Royce carried the small bird to a nearby area that was out of view of the robins; and he found a bush to safely relocate the American Kestrel.

“When I went back to check on him, the bird was not there,” Royce said.

Whether it is saving birds or cleaning up the sidewalks, Royce keeps looking for ways to give back to the neighborhood he loves so much.

“That’s what I do everyday, notice things most people don’t notice.”