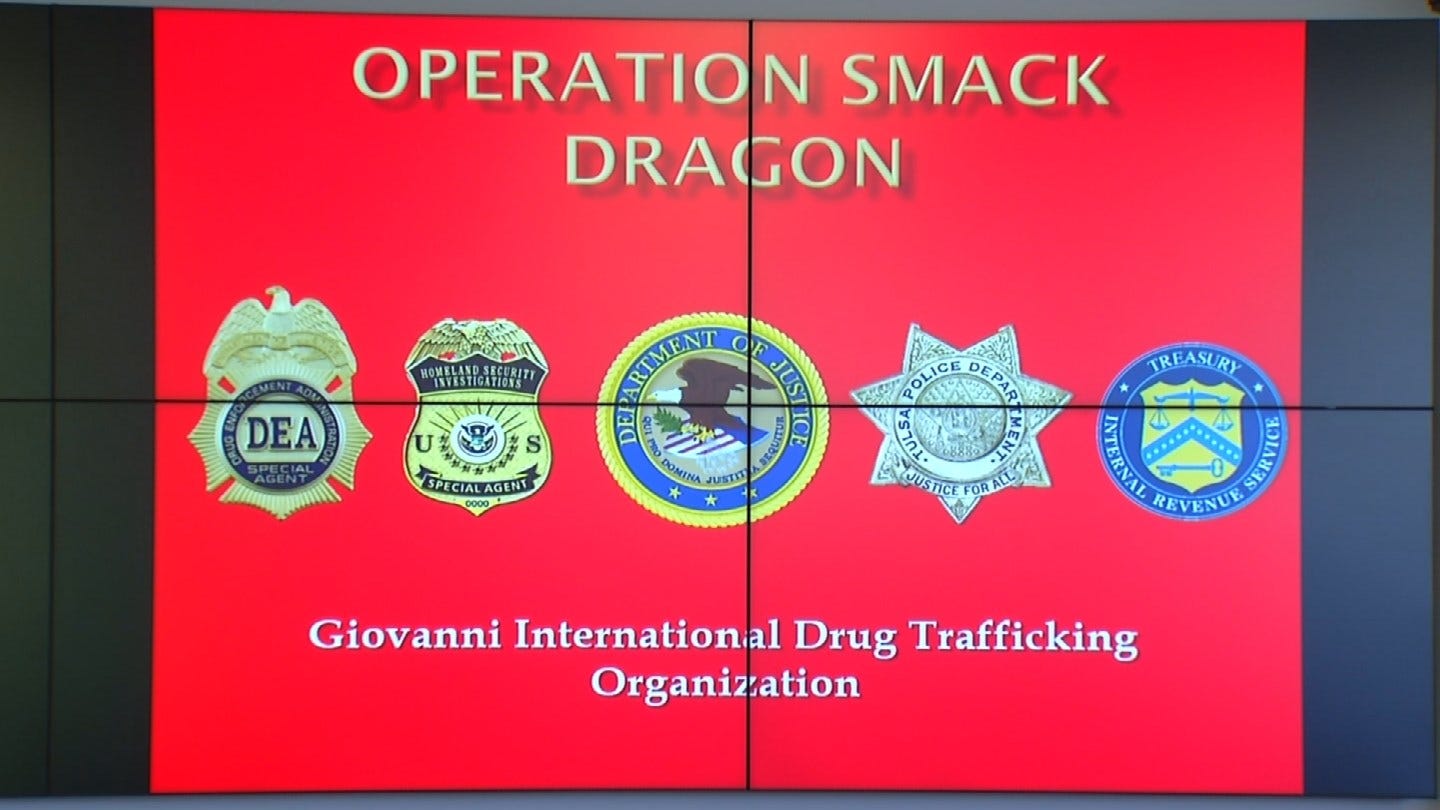 The U.S. Attorney's Office indicted 29 people on Tuesday. They are accused of running a heroin operation in Tulsa for a Mexican cartel. The operation is called Operation Smack Dragon.

The indictment includes people accused of driving the drugs from Mexico to Tulsa, people who sold the drugs, and people who took the money back to cartel.

Operation Smack Dragon was made up of federal, state and local law enforcement agencies.

"This organization specialized in the distribution of heroin and other narcotics on our streets here in Tulsa and elsewhere," said U.S. Attorney Trent Shores, who is the U.S. Attorney for the Northern District of Oklahoma.

“The cell heads here in Tulsa would receive heroin that came over the border. They would then redistribute the heroin to local distributors," said U.S. Attorney Shores.

Prosecutors believe the organization was distributing about 2 kilos of heroin per week. Some of the suspects used fake names or "nominee names" to wire money from Oklahoma to Mexico and used words such as "hamburger" or "daycare" or "spark plug" to disguise their conversations.

Prosecutors said this bust made a dent in Tulsa’s heroin trade.

"We've definitely created a void in the supply of heroin within Tulsa for the time being,” said Assistant U.S. Attorney Joel-Lyn McCormick. m

Of the 29 people indicted, 28 are in custody and one is still outstanding. Read the Full Indictment Below.