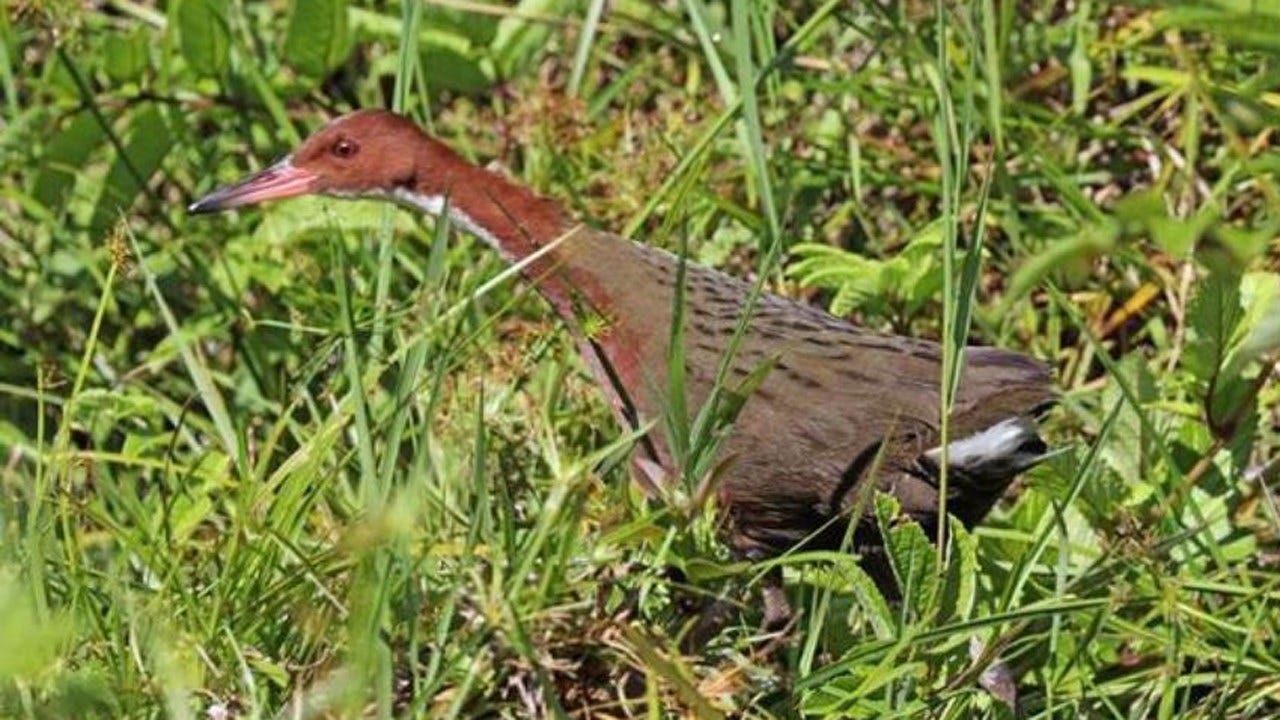 A previously extinct species of bird has re-evolved back into existence, according to a new study. The Aldabra rail first went extinct around 136,000 years ago. Now, it's reclaimed its home island.

According to a study published Wednesday in the Zoological Journal of the Linnean Society, a peer-reviewed scientific journal, sediments from the Aldabra Atoll in the Indian Ocean show that the island has been completely submerged multiple times, wiping out all species inhabiting it. Every time, every species on the island went extinct — but the Aldabra rail has returned, again and again.

The rail is an example of iterative evolution — when the same ancestral lineage leads to repeated evolution of a species at different points in time. The rare phenomenon means that species can re-emerge over and over, despite past iterations going extinct.

The flightless bird — a descendant of a species of flying bird known as the white-throated rail — was completely wiped out when the island disappeared below sea level about 136,000 years ago. When sea levels fell again a few thousand years later, fossils show that the species re-colonized it, once again losing the ability to fly due to an absence of predators on the island.

"These unique fossils provide irrefutable evidence that a member of the rail family colonised the atoll, most likely from Madagascar, and became flightless independently on each occasion," lead researcher Dr. Julian Hume, avian paleontologist and research associate at the Natural History Museum, said in a statement. "Fossil evidence presented here is unique for rails, and epitomises the ability of these birds to successfully colonise isolated islands and evolve flightlessness on multiple occasions."

While flying was not necessary to avoid predators, it also meant the birds had no way to escape their native island once sea levels began to rise. But unlike the famous Dodo of Mauritius, the rails were able to re-emerge from Madagascar once sea levels lowered again.

Today, the flightless Aldabra rail has once again reclaimed its island — and it's now the last surviving species of flightless bird in the Indian Ocean.

The study marks the first time iterative evolution has been observed in rails, and represents one of the "most significant" instances ever found in birds, scientists say.

"We know of no other example in rails, or of birds in general, that demonstrates this phenomenon so evidently," co-author professor David Martill, a paleobiologist at the University of Portsmouth, said. "Only on Aldabra, which has the oldest palaeontological record of any oceanic island within the Indian Ocean region, is fossil evidence available that demonstrates the effects of changing sea levels on extinction and recolonization events."

With the risk of extinction looming over 1 million species of plants and animals, modern Aldabra rails may face the same fate as their ancestors. But given the evidence of this study, perhaps a third iteration of the rail will eventually return to the remote island.