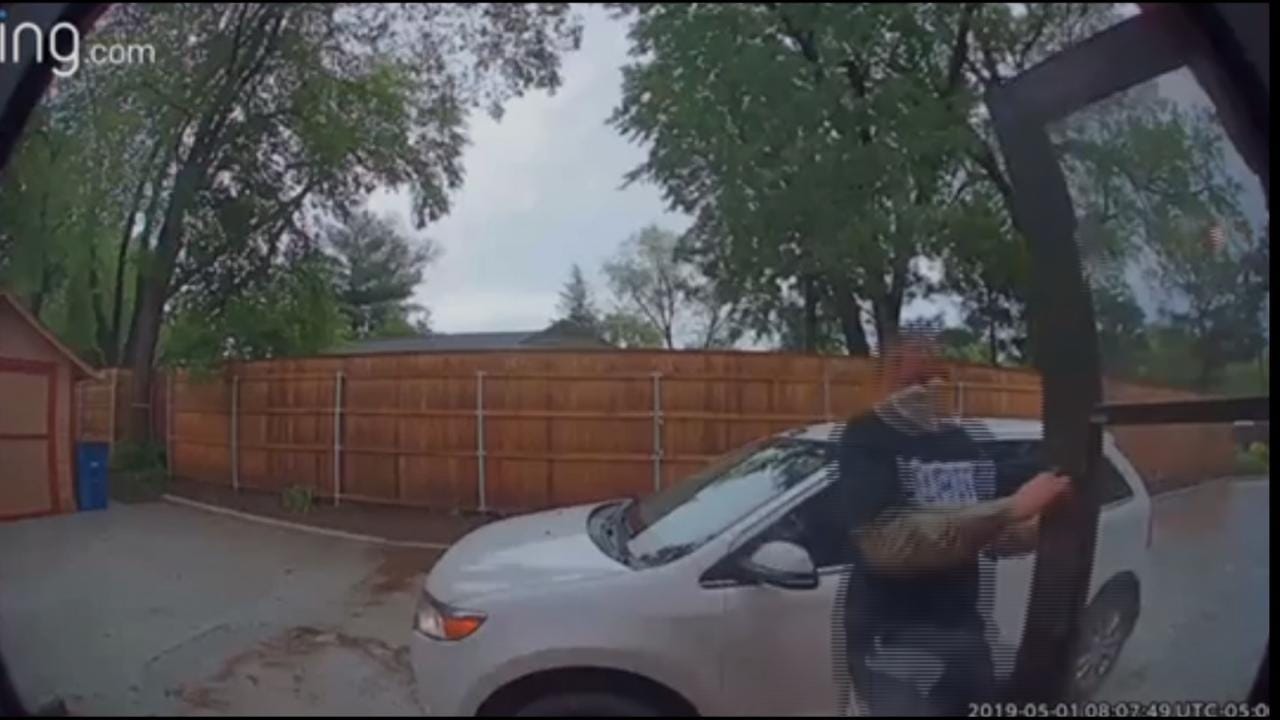 Police are looking for the man seen breaking into a midtown home near 51st and Delaware in Tulsa. News On 6 spoke with a man that says the same person stole his car and burglarized his house twice.

Kyle Hatfield said over the last five months, he's had his SUV stolen, $2,500 taken, and his home has been broken into twice. He's frustrated, disgusted, and wants whoever is behind the crimes in jail.

Newly released video from Tulsa Police shows a man, kicking in a door near 51st and Delaware. Kyle Hatfield said he believes that is the same person who broke into his home not once but twice over the last several months.

"The first time I was broken into I got a gun, got a surveillance camera, I got better locks," said Hatfield.

He said the first time he was broken into, his door was kicked in and $2,500 was taken. On Tuesday Hatfield said someone broke in again, this time through the basement.

"He found the gun that I bought after the first break in. He grabbed that, he grabbed the keys to the car and took the car," said Hatfield.

To make matters worse, he said Tulsa Police told him they recovered his vehicle, which was burned and destroyed.

"He knew exactly where to go when he went through the house. But the fact that he went to the same spot where the money was stolen last time is a good indication that it was the same guy," said Hatfield.

Hatfield said he wants to see the person arrested and has one message for the suspected criminal.

"Get a job. Get a life. Quit stealing from people, you know people work their butt off to pay for things and to have a decent living," said Hatfield.