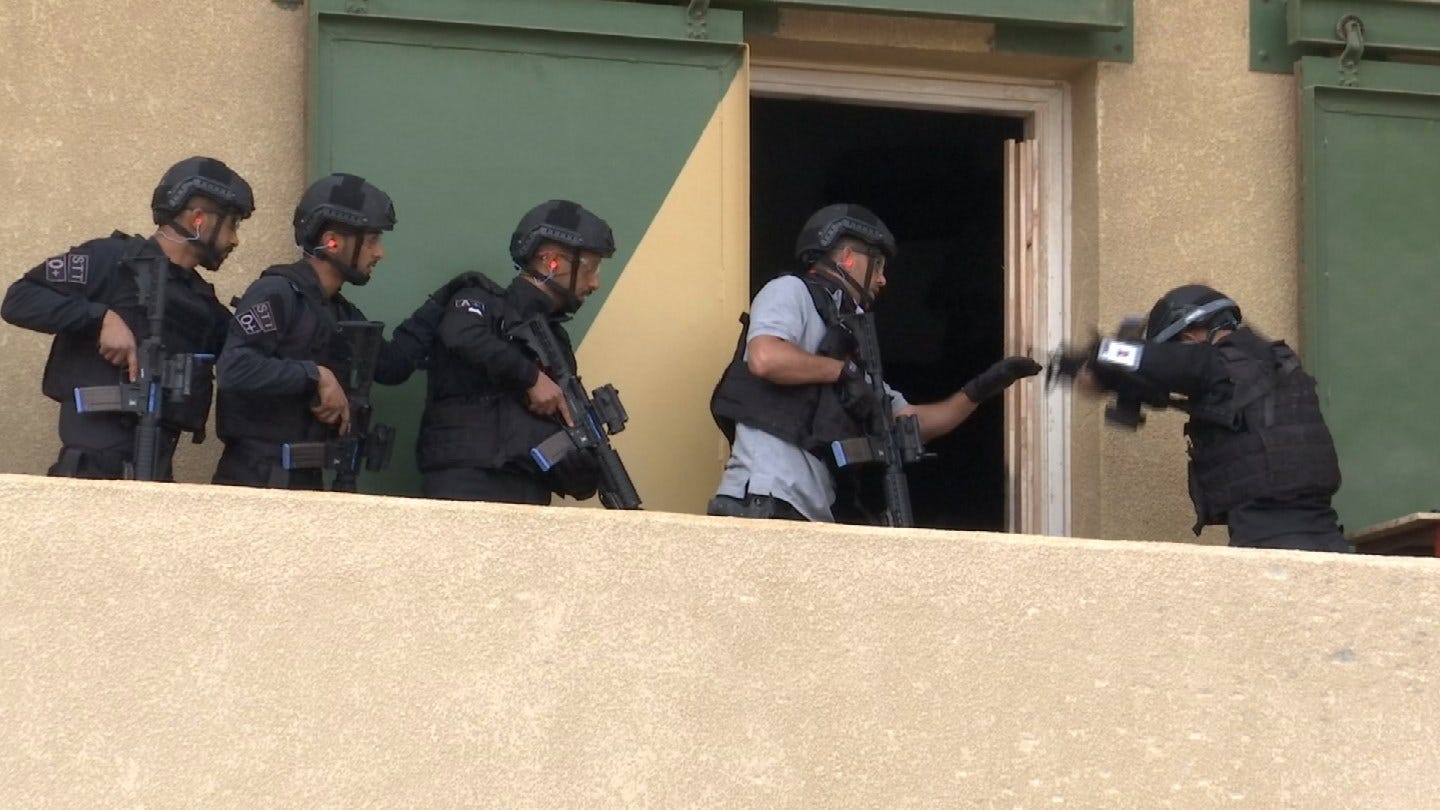 Tulsa's Special Operations Team was the only American team to compete recently in the 11th Annual Warrior Games in Amman, Jordan.

The Warrior competition kicked off with an impressive demonstration of the Jordanian military's firepower and anti-terrorism training at King Abdullah's special operations training center.

Hundreds of top officials, military leaders, even the country's Joint Chiefs of staff attended the opening ceremony where each team was introduced with fanfare as they proudly carried in their country's flag.

Team USA received a warm welcome and lots of people wanted pictures with them.

They even decided not to shave, all part of the game.

"Psychological warfare, figured the other teams might wonder who these grandpas are," said Sgt. Bradon Wykoff.

No one was fooled because oldest also means most experienced and they were by far, the biggest, most muscled up team on the base.

"I think a lot of them look at us as corn-fed Oklahoma boys. Some come in and say, these guys are huge," said Brian Wilson.

The first challenge was brutal, adding 40 pounds of sand to their already 30 pounds of gear then marching nearly 8 miles up and down, steep, mountainous, forbidding terrain.

It was so exhausting, one officer had to go straight to medical afterward for an I.V., but in the spirit of true teamwork, a couple of the guys carried his heavy ruck near the end, to make sure they finished under the 2 and half hour deadline.

Now, they're getting ready for a shooting competition where they'll shoot at three different targets and their feet cannot stop moving at any time.

They cannot stop during any point, after one hits the targets, they tag the next one, then the next, until five of the eight team members complete the task.

King Abdullah's Special Operations Training facility was created to train military teams around the world how to fight terrorism. The U.S. Army Corps of Engineers oversaw the construction.

They have towers for rappelling, houses to assault, and a full-size A-300 aircraft that was actually built in Tulsa, for hostage and sky marshal training. There is even an entire village complete with an embassy and gas station, plus dozens of shooting ranges and sniper towers.

Once a year, they host the Warrior Games, with challenges designed to push teams to their limits.

So, the way this works is they don't know what the next challenge is until just hours before. They'll be told what it is, and they'll have to accomplish it in the time set.