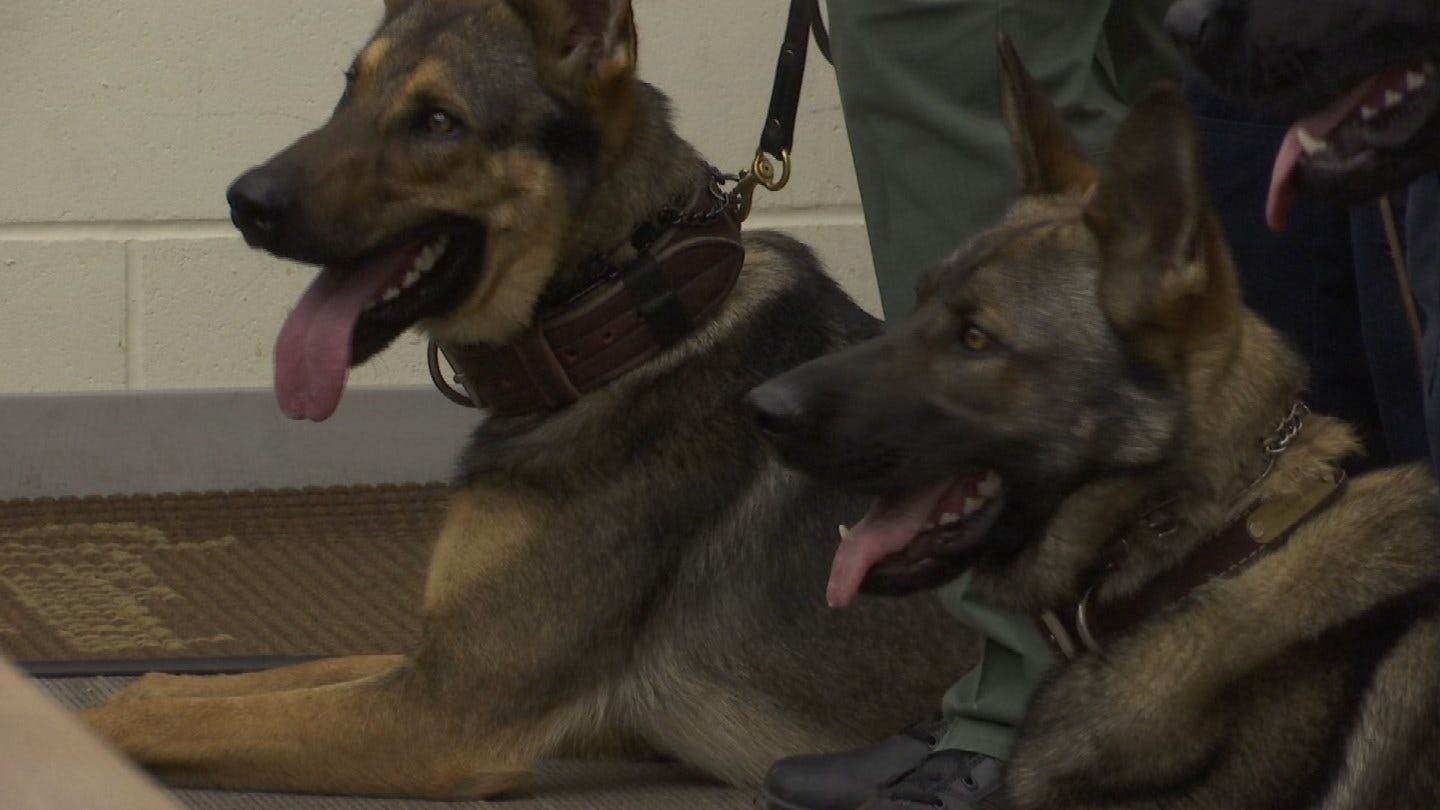 With three police dogs graduating at the same time, the department said this is one of the largest canine classes they've had.

Officer Eric Keech and his K-9 Chaos, Officer Joshua Zoller and Loki, along with Wagoner County Deputy Ryan Cruz and his K-9 Ice all graduated.

Each team went through 480 hours of training over the past three months. Broken Arrow police use their canine officers for a range of situations like finding drugs, searching buildings, controlling aggression, and tracking.

"Basically any time there is a high probability to detect odors, whether it's human or narcotic, we're going to respond to that use that patrol in that fashion," Broken Arrow Police K-9 Trainer Marque Baldwin said.

Police say the dogs' senses are so finely tuned, they could smell your scent on a paper clip you threw into a field.

Broken Arrow Police has five k-9 teams. One is slated for retirement later this summer.