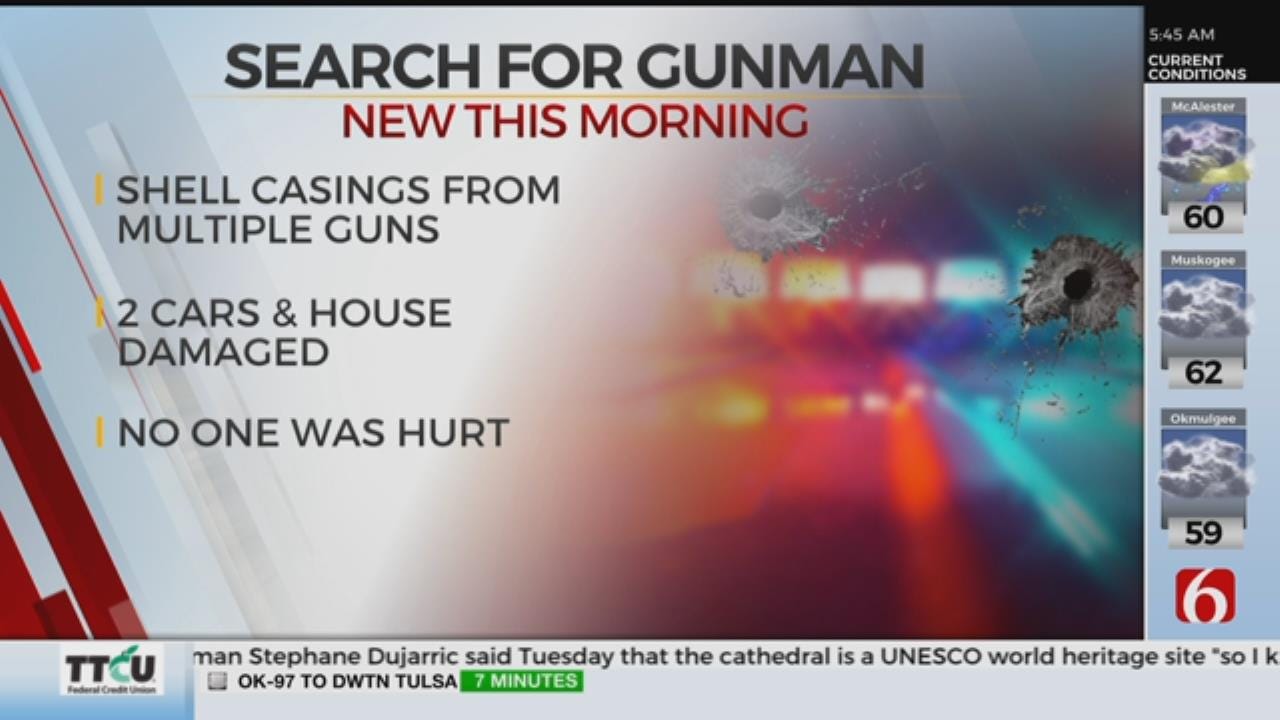 Tulsa police are searching for a shooter who fired several rounds at a house Thursday morning.

Police say five people were inside the house, including two under the age of 18, when several shots were fired.

Officers say someone inside the house on North Boston Place, near Pine and MLK Blvd, called 911 saying someone had shot at their house around 12:30 a.m.

Officers say they searched the area around the house and found shell casings from multiple guns.

They say bullets damaged two cars and the front of the house.

Officers say no one saw who fired the shots.

They say whoever did,  would face shooting with intent to kill charges.

If you know anything call Tulsa Police.