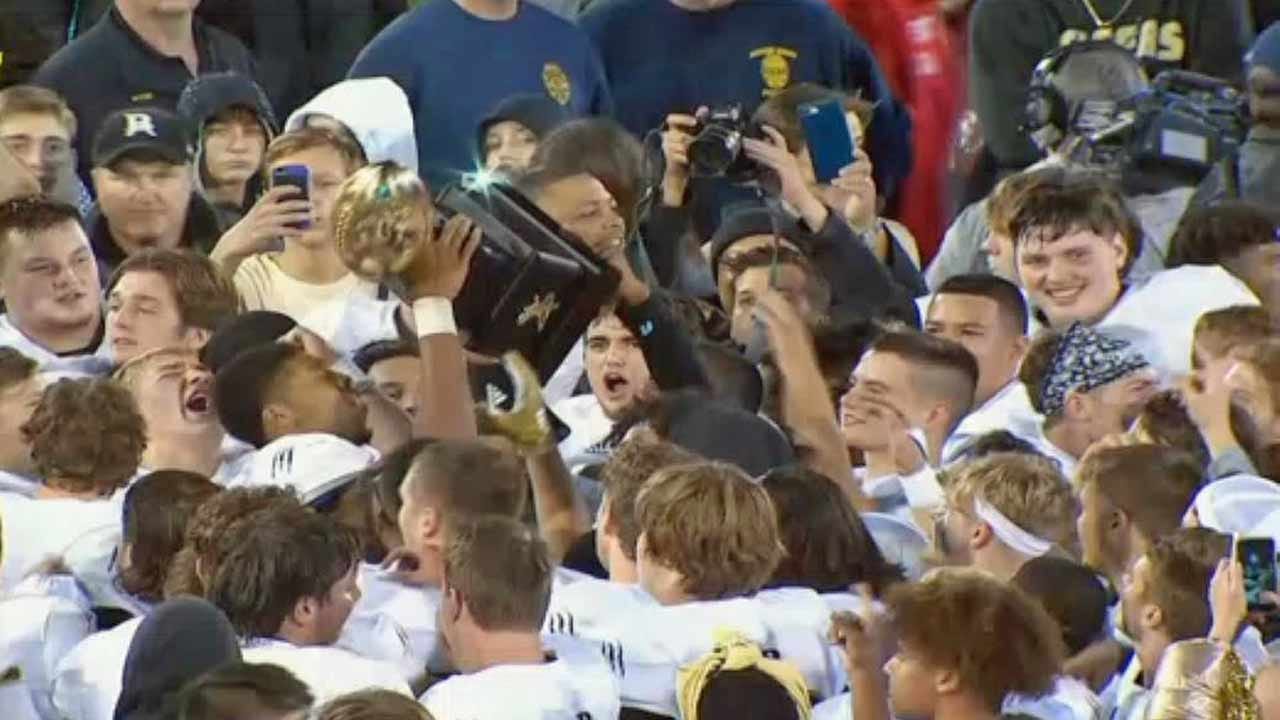 The Broken Arrow Tigers captured their first gold ball in the 6A-1 state championship game against the Jenks Trojans. An interception by Myles Slusher ended the Trojans hopes for a fourth-quarter rally, 28-20.

It was a long night for both teams after a storm delay in the fourth quarter.

They put it all together for their first state championship in a hard-fought game. Jenks was driving inside the 10 with 20 seconds on the clock when Slusher sealed the championship with a huge interception.

The Trojans have won 16 state championship in their history but were the underdog in this game. Their one loss was a 15-point loss at Broken Arrow. They were held to under 40 yards rushing.