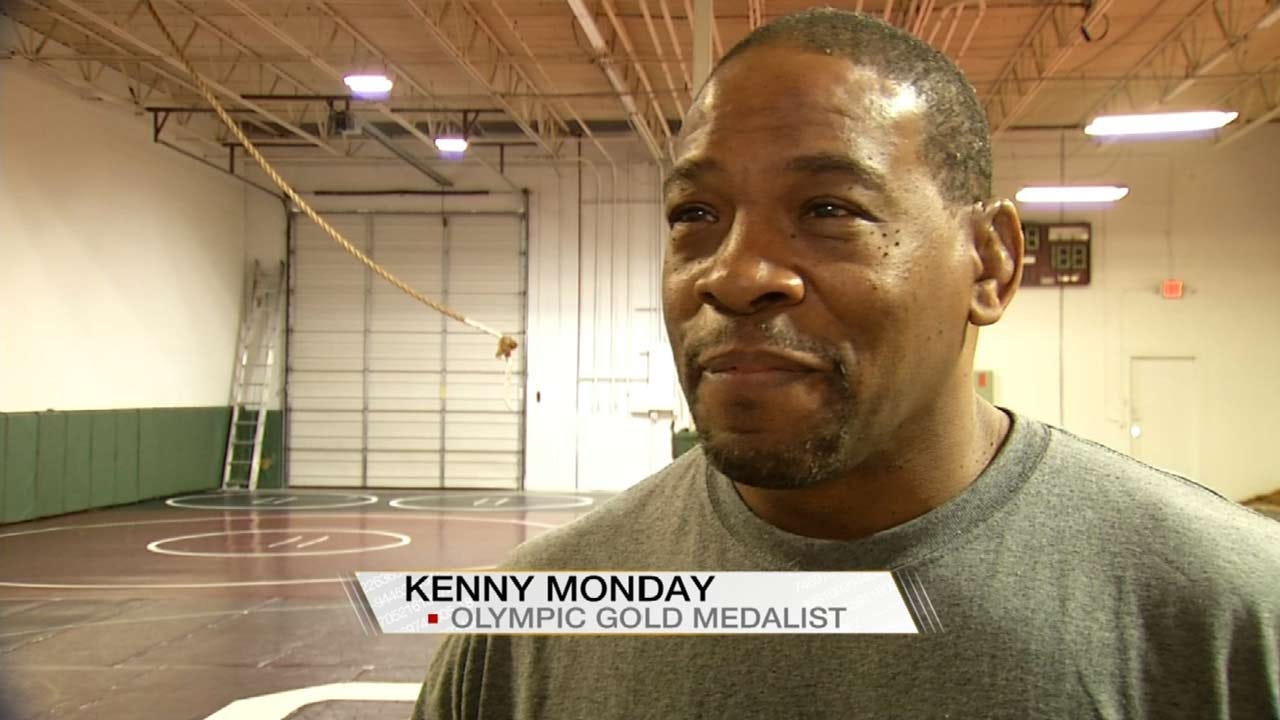 Wrestler Kenny Monday has the honor of being named an Olympic gold medalist, and he was in town this weekend teaching kids the sport that gave so much to him.

"I don't think I'd have this opportunity, probably, if I wasn't an Olympic Champion, and so it gives me a platform to reach kids all over the world," Kenny Monday said.

That platform included Team Tulsa 918's new facility. Gold Medalist Kenny Monday said he is happy to be back home.

"I just want to give back and reinvest my time," he said. "It's good to get back and work with these guys in Tulsa, and so that's kind of my passion."

He's here only weeks after being named to the International Wrestling Hall of Fame.

"Being only the 8th American to be inducted into the International Hall of Fame really meant a lot, and so again it brought me full circle," Monday said.

Monday started learning wrestling as a kid at a local gym just like the kids he worked with this weekend. There were others helping along the way.

"I grew up with Tisdale and Starks and McQuarters, and so we had a lot of great athletes coming up - and so I was exposed to greatness early, watching the teams at Oklahoma State and OU," he said.

Monday currently lives in North Carolina but never forgets the city that raised him. He encourages kids to reach their potential.

"Give them a vision, if I can do it you can do it - being an Olympic Champions from Oklahoma. Just teaching them the next level," he said.