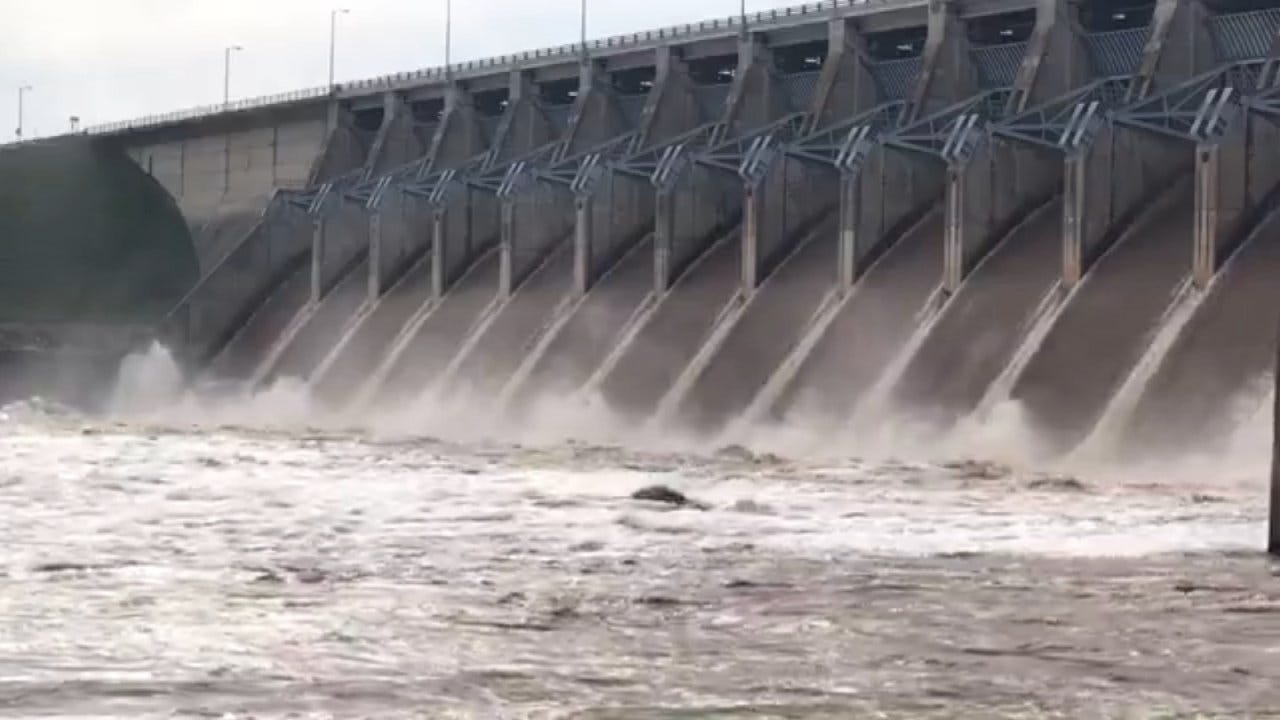 The Arkansas River in Tulsa has more water in it, thanks to the U.S. Army Corps of Engineers.

The Corps opened up the gates on Keystone Dam Wednesday to lower the lake's level.  The dam is located about 15 miles west of Tulsa.

In a post on their Facebook page, the Corps says the release rate is 75,000 cubic feet per second or roughly 500,000 gallons of water per second.

They say with a break from recent rains, this release allows the Corps to mitigate the risk of flooding above and below the dam.

The Corps expects the amount of water being released to taper off in the coming days as long as Oklahoma doesn't get additional rainfall.

This release follows a similar release at Kaw Dam further upstream on the Kay and Osage County line.  The Corps posted on its Facebook page, they are releasing 35,000 cubic feet per second from Kaw Lake.