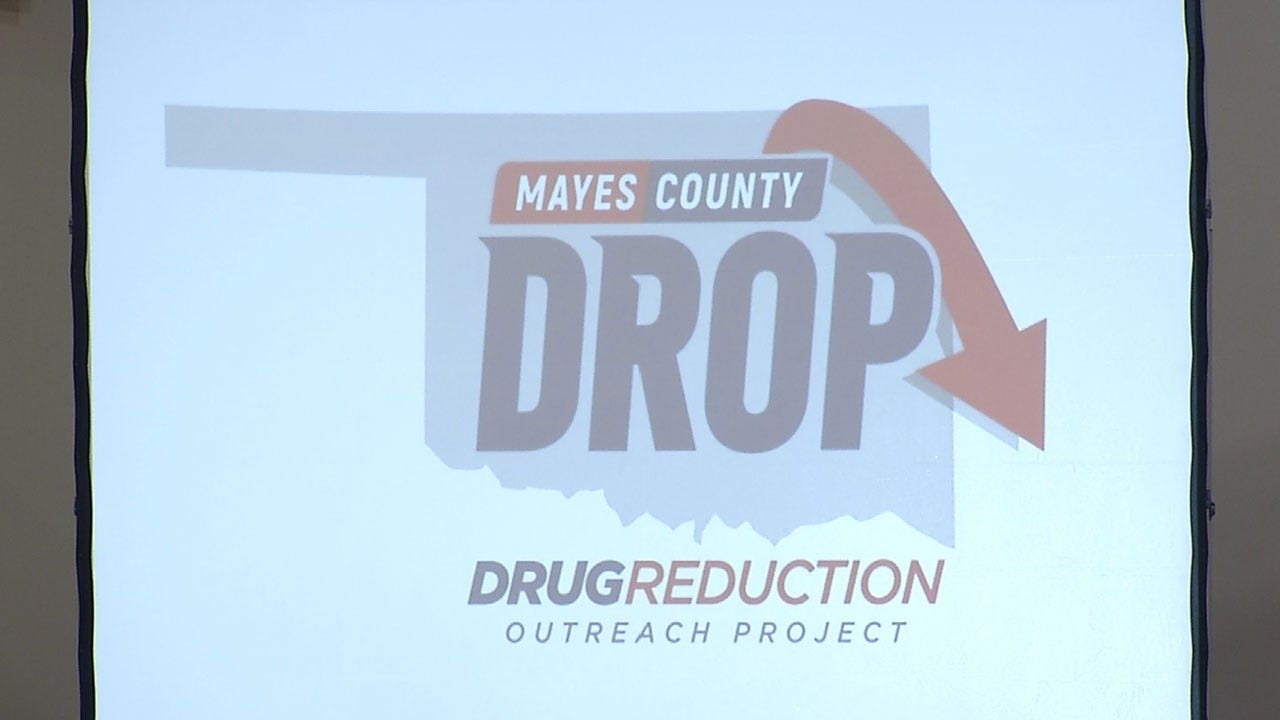 Oklahoma has a huge opioid addiction problem, but it's especially bad in Mayes County. That's why police, prosecutors, schools and businesses created the Drop Task Force, to lower the number of people abusing prescription painkillers.

One way they do that is to hold assemblies at high schools, and Thursday it was Locust Grove.

Lance Lang said his addiction began in a football locker room in Mayes County, America. He was a junior in high school in Pryor when a friend asked him to get high.

Lang spoke to Locust Grove students during an assembly to try to teach them that addiction to prescription painkillers is real and can lead to overdoses and deaths.

Seen on the glass of the school, 725 handprints represented the number of people who died in 2017 from painkiller abuse.

School and business leaders along with police, sheriff, prosecutors, DEA, OSBI, ATF, ABLE Commission, U.S. Attorney’s Office and attorney general Mike Hunter all participate in these events, hoping to educate kids that their main goal is not to arrest addicts, but to get them help.

"Temptation, peer pressure, wrong choices will constantly come knocking on the door of life until you slam that door shut," Lang said.

Lang found sobriety in 2011 and told the students they are worth saving and can have their dream life if they'll say yes to the life they want and no to the drugs that could kill them.

The Drop Task Force has also put on assemblies in Pryor, Adair and Salina. They hope to do one in Chouteau.