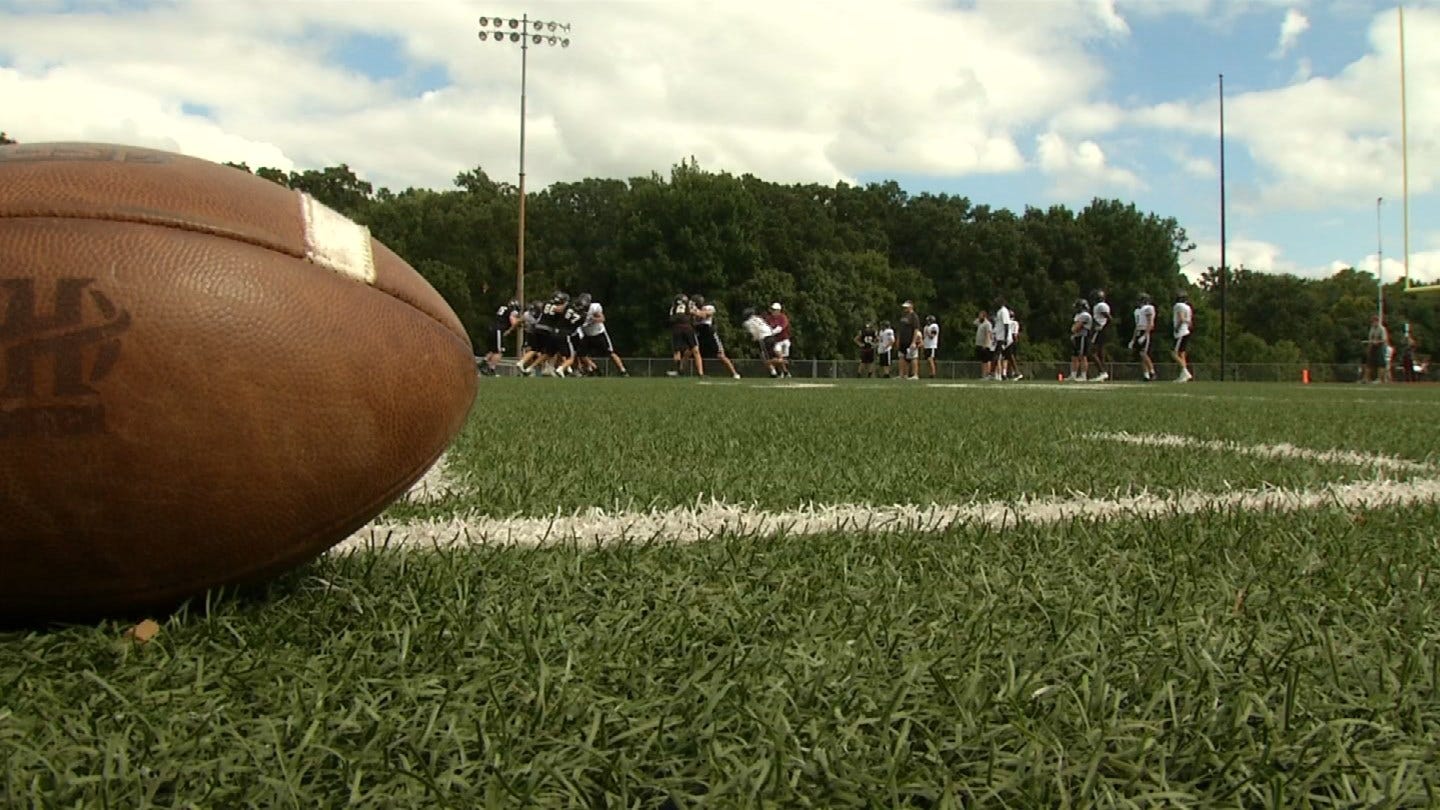 Much like the buildings surrounding Hardesty Field, you can consider the Holland Hall Dutch under construction.

“We got a bunch of young kids that are starting this year, we graduated a lot of seniors,” said head coach Tag Gross.

The project appears to be on schedule, or even ahead, as the Dutch were dominant in week one and took 3A Cascia Hall to overtime before falling by 3 last week.

“We’ve got some sophomores and freshmen starting and really doing well,” said Gross.

If youth is the theme for the Dutch this season, they do still have one veteran they’re leaning on.  Drake Roush is back after missing all but two games last season with a torn ACL.

Gross calls him a coach on the field.

“Just taking advantage of every opportunity I could get because you never know when it’s going to be your last play, so I’ve just been giving full 100 percent on every single play,” said Roush.

Roush plays quarterback and free safety, so no matter what situation the Dutch find themselves in, odds are they can look to their leader for help.

“He’s played so many snaps for us and he’s been directing everything on the field and helping these young guys line up, get in the right spot,” Gross said.

“I used to go to Metro, so there’s a lot of emotions towards these games,” he said.