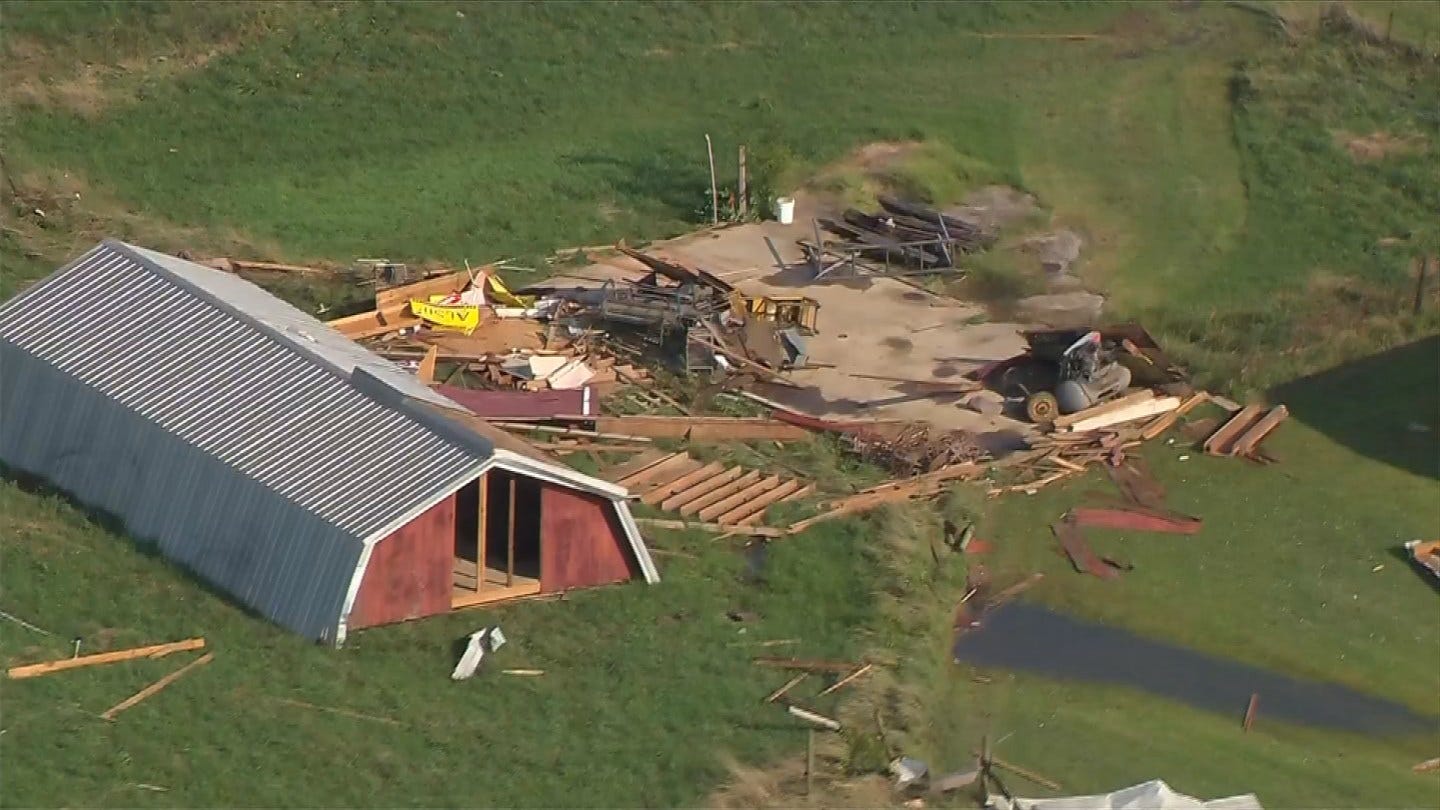 The first EF-1 tornado touched down about three miles southeast of Inola and stayed on the ground for at least seven miles.

Winds between 90 and 100 mph ripped the roof off a barn outside Chouteau and destroyed another barn in Inola.

The second EF-1 tornado was on the ground for four miles near the near the Rogers, Mayes and Wagoner County lines.

No one was hurt in either tornado.