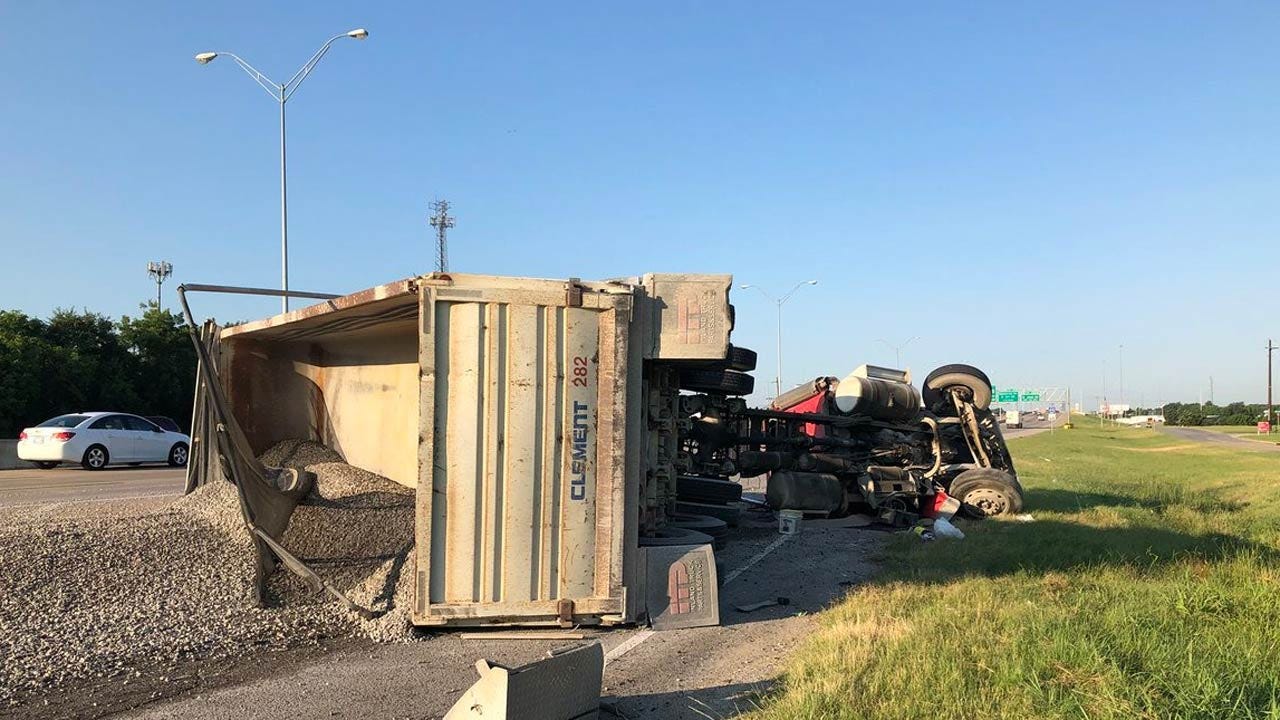 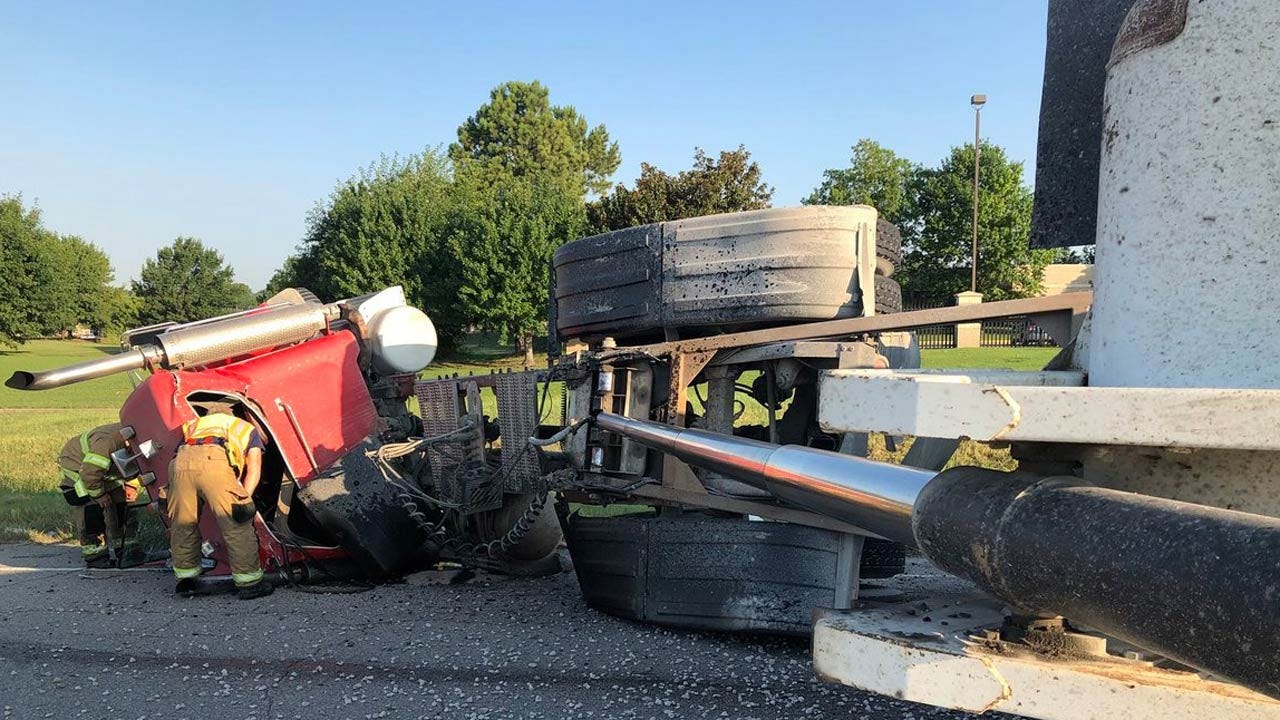 A dump truck carrying gravel rolled over on the ramp from southbound Highway 169 to westbound Interstate 44 Thursday morning.

The wreck spilled its load of gravel across the road, forcing the Oklahoma Highway Patrol to close the ramps from north and southbound 169 to westbound I-44 until the debris could be removed.

The OHP said the driver was not seriously hurt and no other vehicles were involved. Troopers say the truck had a blow out when the driver was coming around the  curve, and he hit a concrete barrier.

OHP said speed was also a factor in the wreck.

The Tulsa Fire Department called out its HazMat team to clean up the fuel spilled by the truck. They say the truck belongs to Yocham Trucking in Coweta, and the driver was up and talking with troopers and firefighters just moments after the accident.

"A lot of this is related to speed," said Trooper Josh Loftin. "He was driving faster than he should have for this turn.

Emergency crews brought in a skid steer loader to clean up the gravel. They also called in a large tow truck to remove the dump truck.

Crews also had to push the concrete barrier back into place.

OHP said the driver is going to receive a ticket.