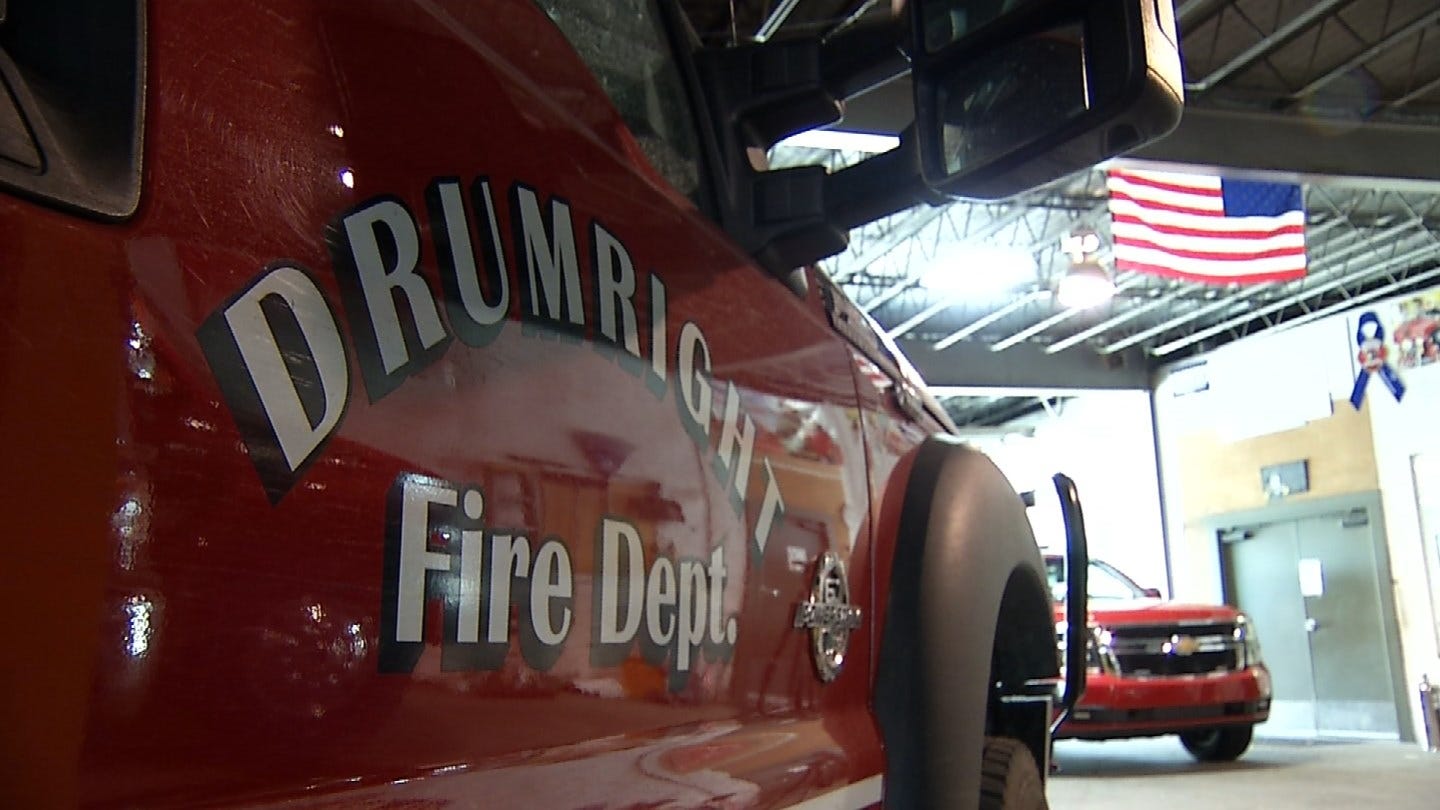 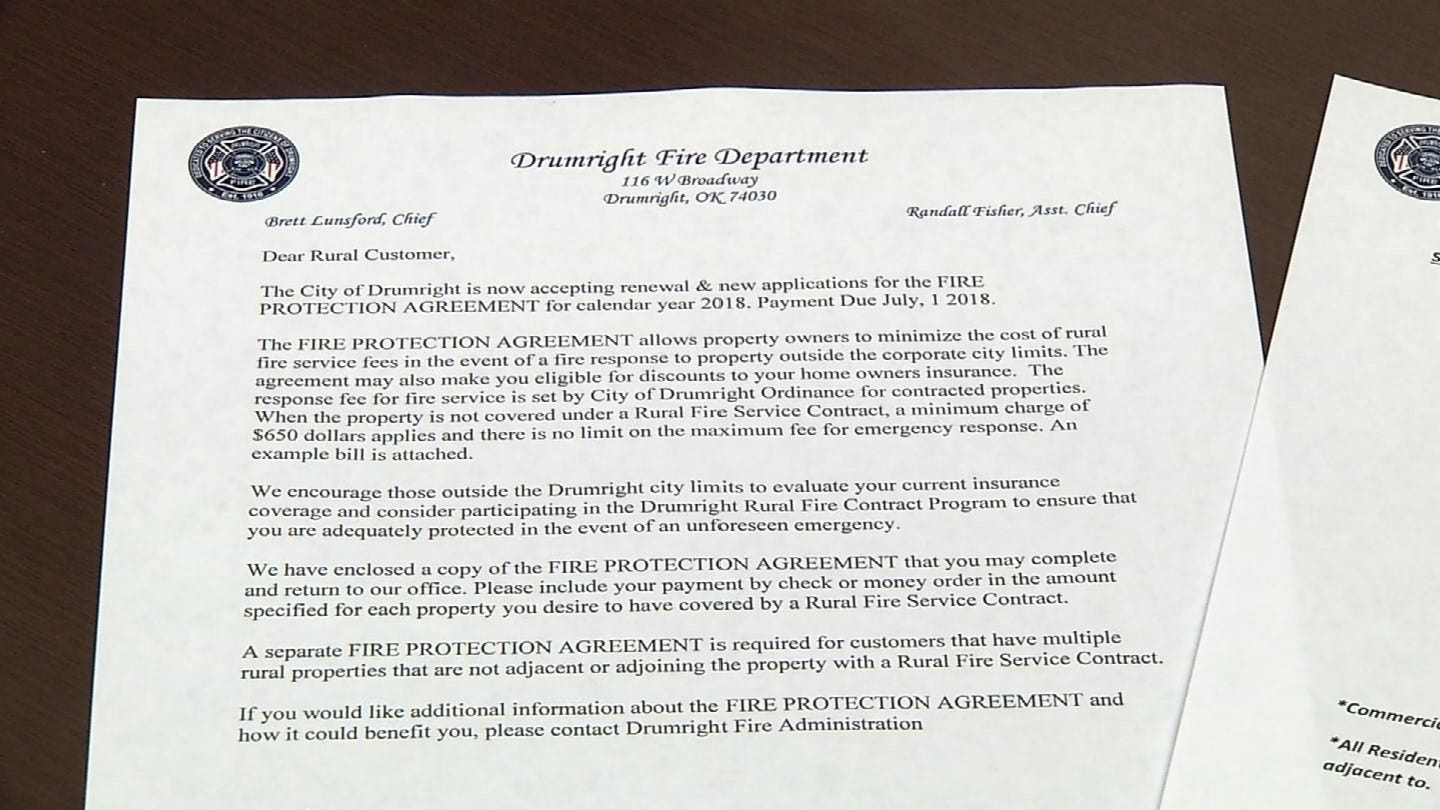 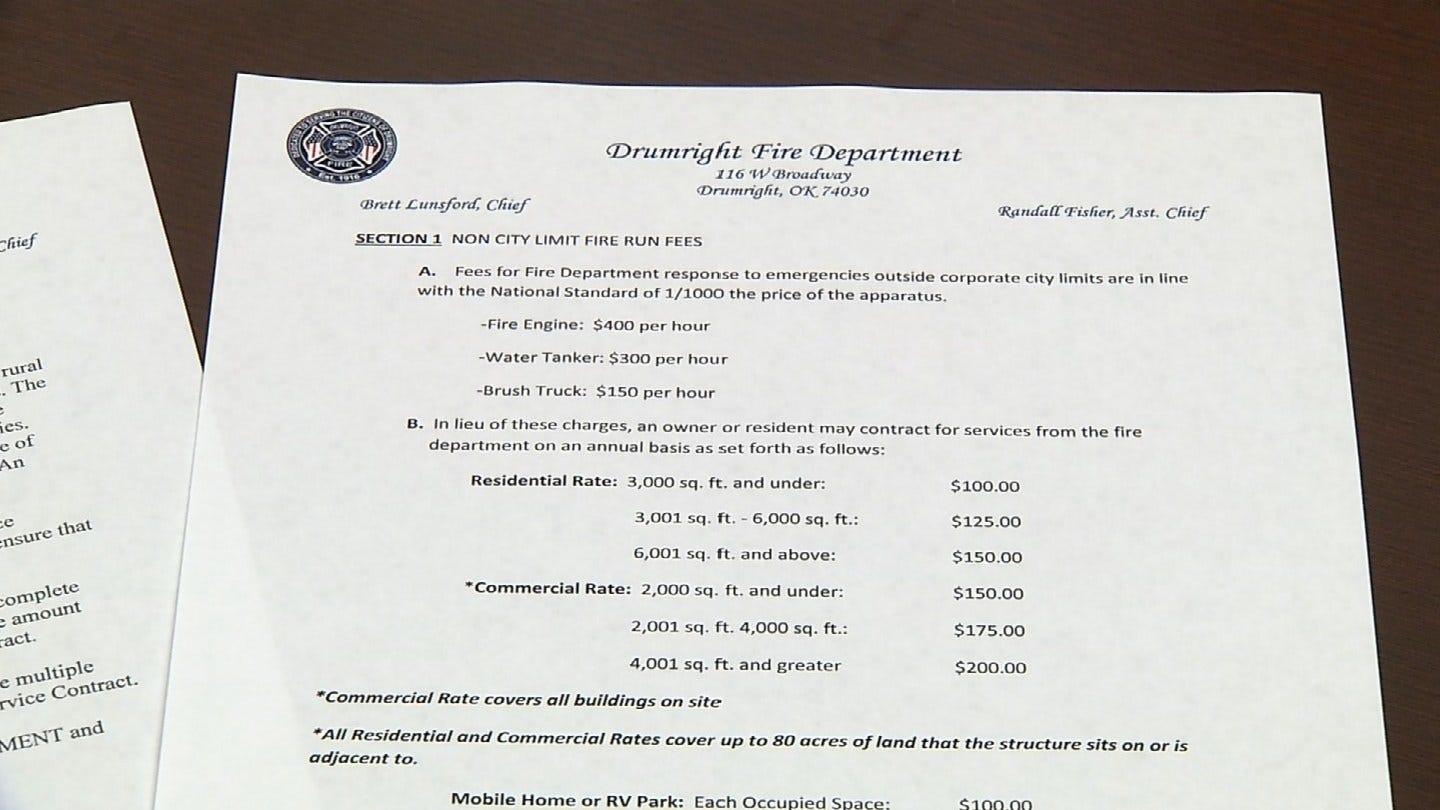 Homeowners could be stuck with a big bill if the Drumright Fire Department has to respond to their property outside city limits.

The department is changing its billing system in a few days to a subscription basis.

It’s kind of like insurance – if you sign up for a subscription, you won’t get a bill if they respond to a fire on your property.

Many smaller departments in Oklahoma operate this way and Drumright says there’s no need to reinvent the wheel.

Oklahomans know flames can spread fast, destroying everything in their path.

“It’s devastating.  And the wildfires around here a couple of years ago literally about reached this church building and about ruined everything,” said Reverend Jonathan Gilliland from Oak Grove Baptist Church.

Gilliland says he didn’t hesitate when he got the memo about a fire protection agreement.

“It definitely can happen,” he said.  “We knew that and so that’s why we signed up today for it.”

Chief Brett Lunsford says crews are typically on the scene anywhere from four to 16 hours and that adds up quickly.

“If it starts on their property, then they are the ones that would be liable for the billing, unfortunately,” he said.  “Even if it’s a power line or anything like that.”

Sixty percent of the departments’ fire calls are outside of city limits – the majority are wildfires and grass fires.

“We’re still responding to grass fires, even though we had all of that rain last week,” said Lunsford.

The yearly subscription price is based on how large the property is, ranging from $100 to $300.

“One hundred fifty bucks, that’s nothing,” said Gilliland.  “Especially compared to what you would have to pay if you didn’t have it.  It’s just not even a, really, a choice.”

City residents don’t have to worry about signing up because they are covered through taxes.

If you are a rural customer, the deadline to sign up for a year-long subscription is Sunday.