Two Arrested In Tulsa County After Kidnapping Their Son From Washington 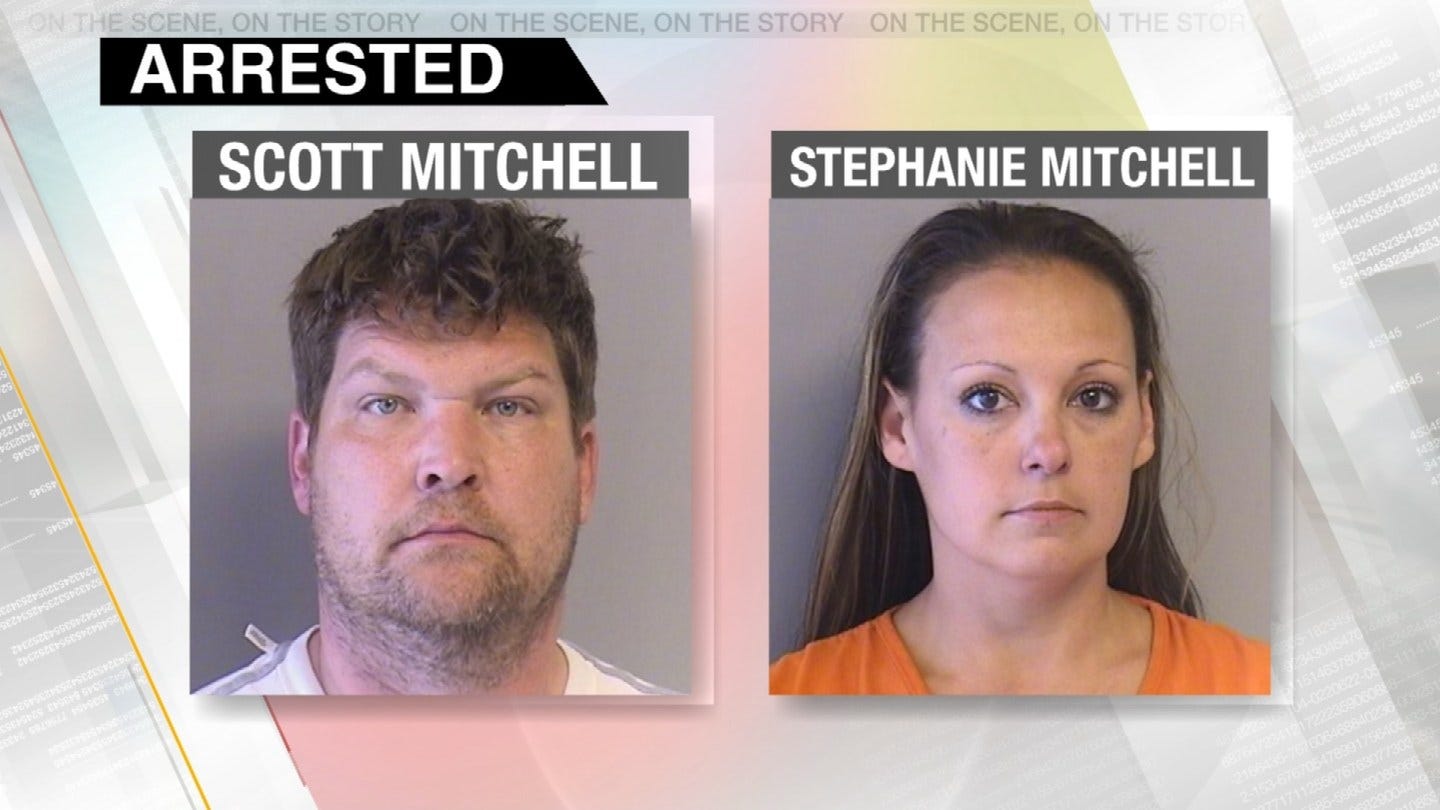 Two people are behind bars in Tulsa County after police say they kidnapped their son from Washington State.

Owasso police say the child’s parents, Stephanie and Scott Mitchell, did not have custody of the 5-year-old.

Police say a child protective services worker had contacted law enforcement in Fort Smith, Arkansas, about the possible location of a missing and endangered child taken by his parents.

Owasso officers say they were contacted after Fort Smith police pinged one of the parent’s cell phones and discovered it was near St. John Hospital in Owasso.

Officers say they began searching the area and located the vehicle described by Fort Smith police, which was discovered to be stolen.

They say Stephanie Mitchell was inside the vehicle.

According to police, when they confronted her, she initially denied having any knowledge of where her husband or child were.  However, officers say her story kept changing as they questioned her and she eventually said her husband and son were at the Renaissance Hotel in Tulsa.

Owasso police say they relayed that information to the Tulsa Police Department and Tulsa officers, along with an Owasso officer assisting, searched for Scott Mitchell.

Police say he was found outside another hotel attempting to rent another room for him and the child.

Stephanie and Scott Mitchell were arrested for kidnapping and possession of a stolen vehicle.

The child was taken to the Owasso Police Department.

Two Arrested In Tulsa County After Kidnapping Their Son From Washington