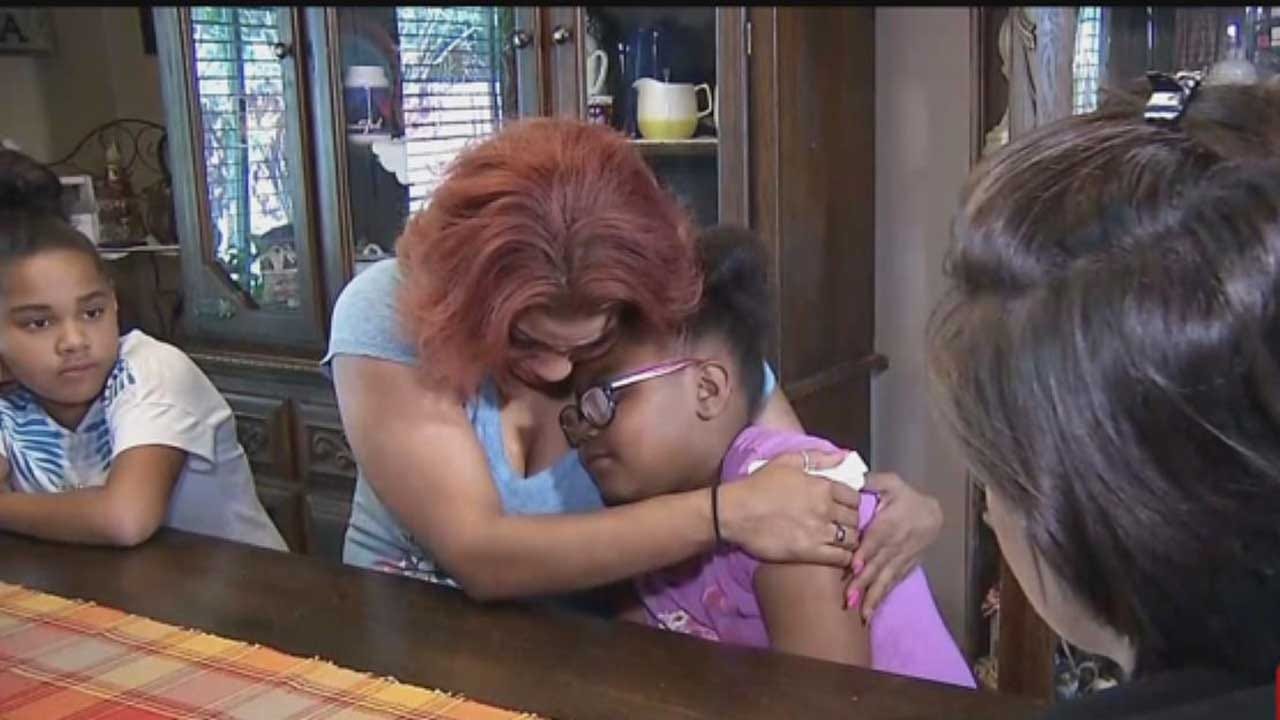 A Green country mother is speaking out after her eight-year-old daughter was beaten at recess by several students. She says the school, Grant Foreman Elementary,  isn’t doing enough to make sure it doesn’t happen again.

Mackenzi Craft is back at school this week but she says her hallways don’t feel quite the same as they used to. Last week Mackenzi says 4 of her classmates beat up on her during recess after a game of Red Rover.

“I won at it and then after that, they just started beating me up, they were just punching me.”

Once the boys stopped hitting her Mackenzi says she went to tell her teacher. She says after the fight the boys were written up and they were all sent back to class.

Mackenzi’s mother Megan Thompson says they did not receive any sort of word from the school until she was picked up that day by her father.

“We didn’t find out until he went to pick them up from school and then that is when the principal told him that there was an incident involving his daughter, but it was under control.”

When Mackenzi was taken to the ER that night, doctors discovered her ribs had been severely bruised.

“I feel like I failed my kid. I wasn’t there for her. I couldn’t protect her.” Said Thompson.

Thompson says she kept her daughter home from school for two days until she received the phone call that the boys who attacked her daughter had been suspended for several days. She says she doesn’t think the school has done enough to make sure something like this won’t happen again to her child or anyone else’s.

“No parent should ever have to sit here and feel this and go through this, no child. It’s unreal. I feel like she was failed.”