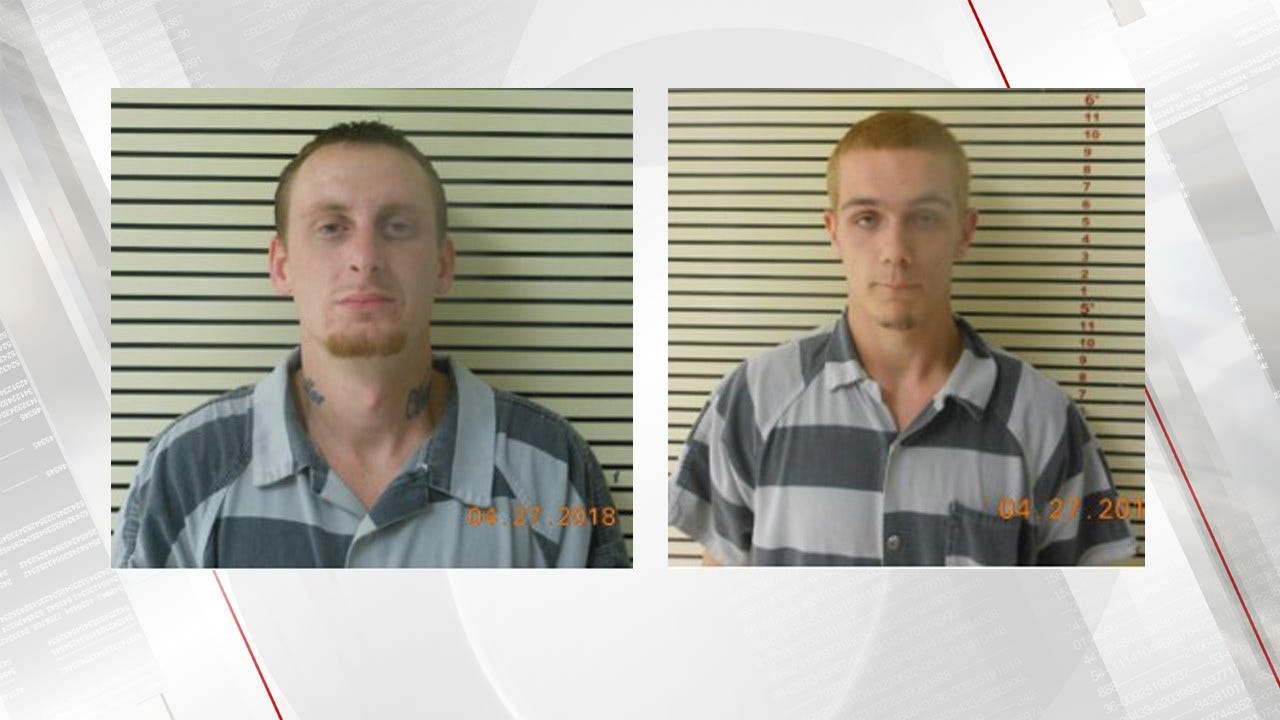 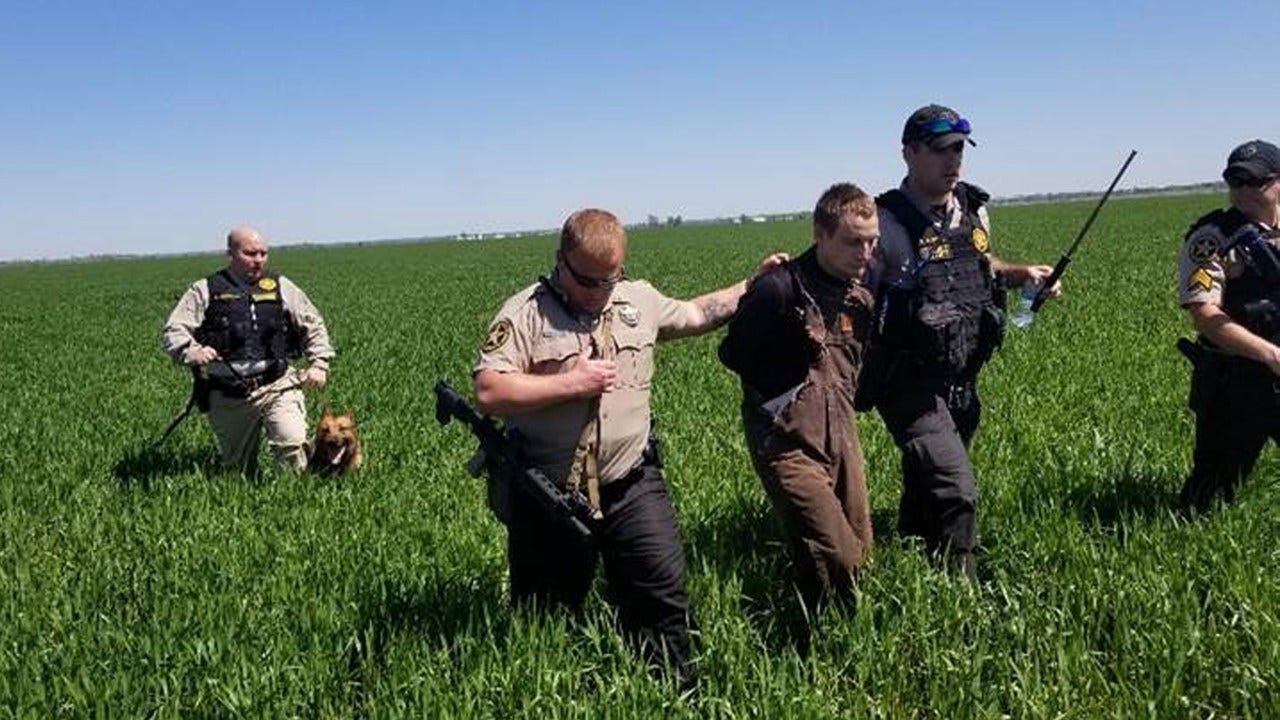 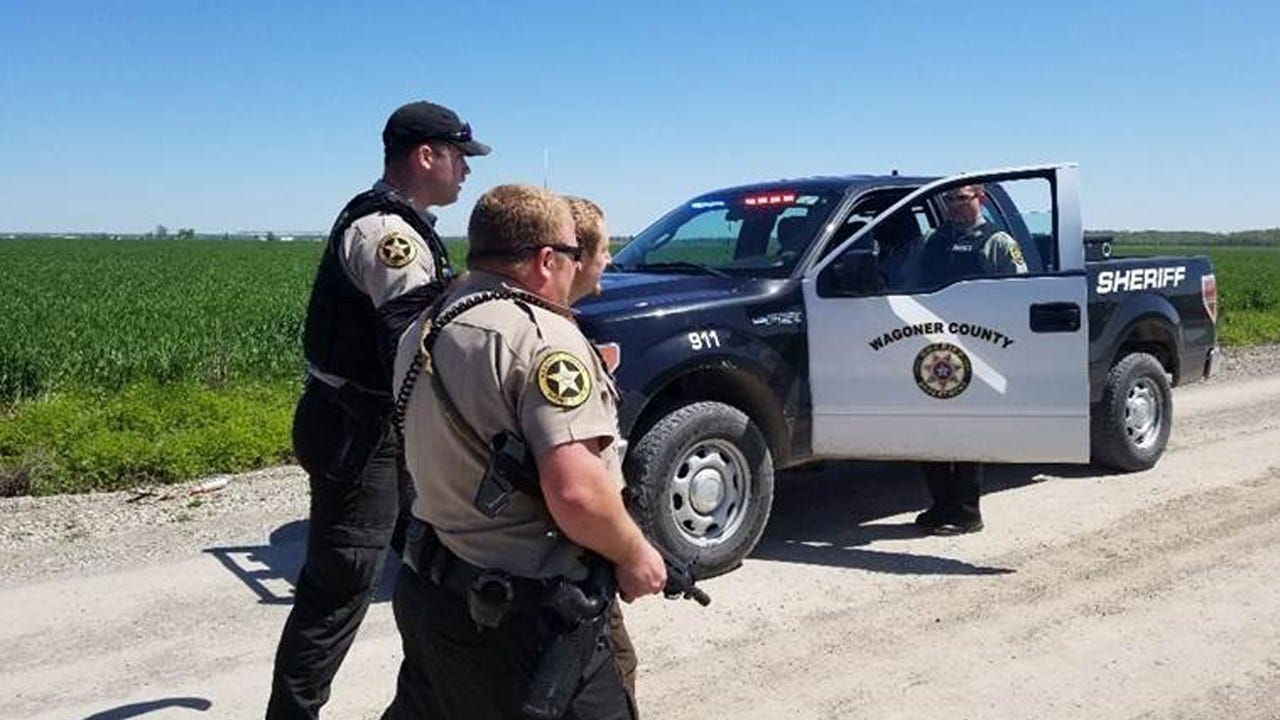 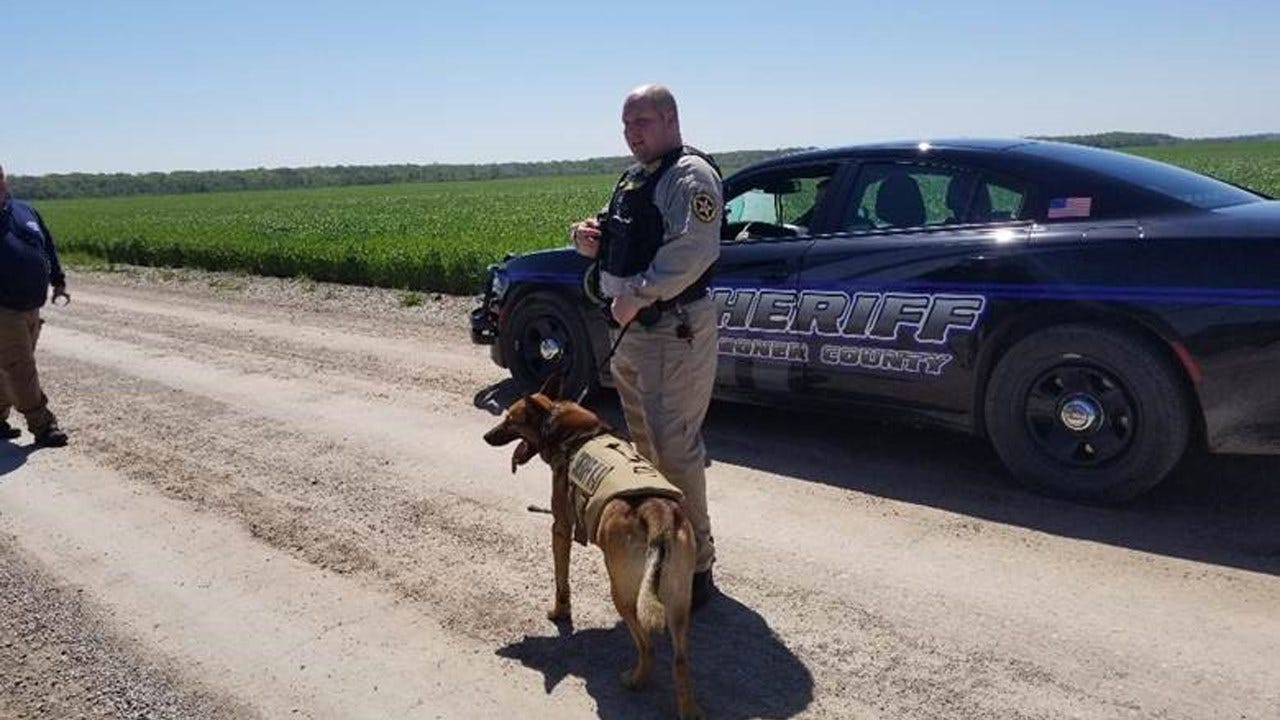 After a 10-hour search, two burglary suspects have been captured in Wagoner County.

Early Friday morning, Wagoner County Sheriff’s Deputies responded to a burglary call at the Livesay Peach Orchard in Porter.  Deputies say the suspects first attempted to steal a tractor and then stole items from a building on the property.

Deputies say the suspects fled on foot when they arrived.

“The area where the suspects attempted to make their escape is extremely rural in nature,” said Wagoner County Sheriff Chris Elliott.  “Woods, fields with tall grass, creeks, and several farm buildings and vehicles to hide in.”

Deputies continued to search the area until they found both suspects.

According to authorities, 22-year-old Bryan Huddleston of Coweta was captured after hiding neck deep in a creek and 28-year-old Bradley Burchett of Porter was captured while hiding in tall grass near Highway 104.

“I’m very proud of the dedication and resolve of my staff,” stated Elliott.

Huddleston and Burchett are facing multiple charges, including second degree burglary, larceny from a building, attempted theft of a vehicle, and resisting arrest.

Investigators say they have now connected Huddleston, Burchett, and some known associates with other crimes in the area.

“These young men have been on a crime spree that has plagued the Porter area for some time now,” said Elliot.  “My investigators will be able to close several cases, and thankfully recover many stolen items, including vehicles and tractors.”

Burchett and Huddleston are being held in the Wagoner County Jail.