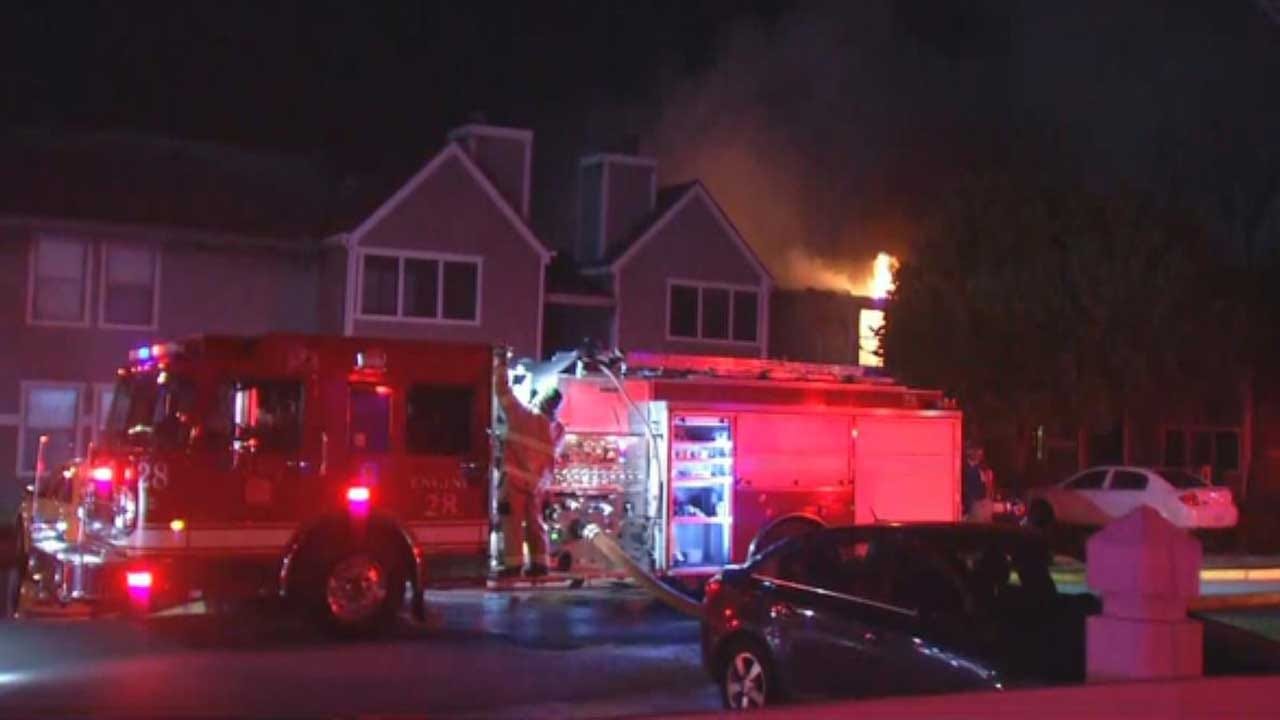 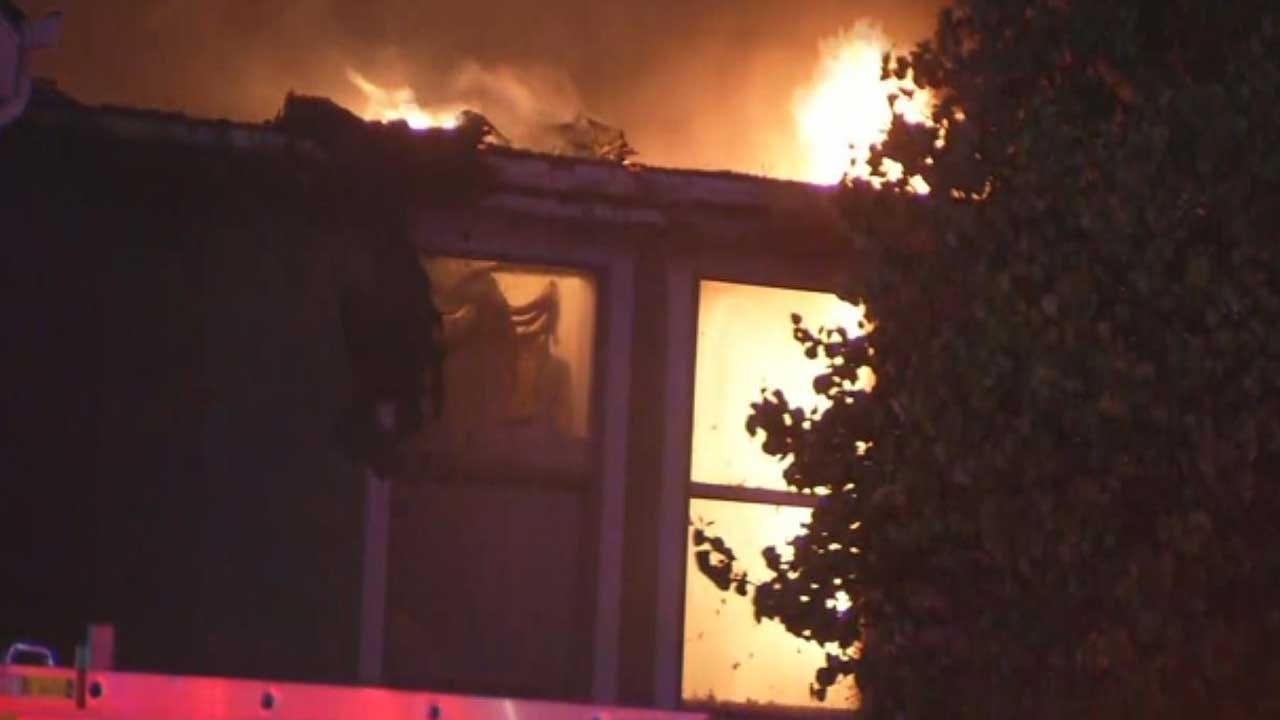 Tulsa fire crews are responding to an apartment fire on 61st Street near Highway 169 around 4:15 Tuesday morning. Flames were shooting out of the roof of a building at Sugarberry Apartments.

Smoke and fire were billowing out of the apartment when firefighters arrived, and by the time they got it out, the second floor on the north side of the building was gone, and the first floor had heavy water damage.

Tulsa firefighters say a 3-year-old child apparently found a lighter and began playing with it in a bedroom, sparking the fire. The district chief said due to his age, it was likely the child didn't understand the consequences of his actions.

Everyone got out safely.

One resident said they were able to escape thanks to smoke alarms. John Potts told us a neighbor may have saved his life by banging on his window and waking him up.

Apartment management is now on site assessing the scope of the damage.